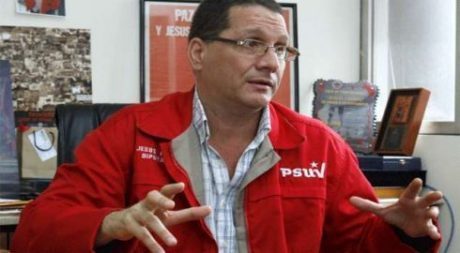 Throughout history, revolutions for national liberation and socialism, even progressive governments, have been the victims of systematic imperialist assaults.

In the Venezuelan case, the United States declared war on the Bolivarian Government the moment that comandante Hugo Chávez rose to power. To imperial arrogance, it was unacceptable that a government exercise its sovereignty and challenge the hegemony imposed in its “backyard” since the early 20th century. The contagious effect of this revolutionary government in the region constituted and continues to constitute a genuine threat to the plans of domination from Washington. At the same time, a fundamental cause of this aggression is the desire to retake control over the enormous natural wealth of our country.

Origin and Purpose of the Most Recent Economic Sanctions

The application of economic sanctions represents one of the most employed methods of imperialism to destabilize nations and defeat governments.

The line of action is very simple. Sanctions generate an economic crisis that leads to ungovernability and chaos, ultimately translating into the overthrow of governments by a number of ways: electoral defeat, social unrest, coup d’etat, civil war, foreign intervention with “humanitarian ends.”

With Donald Trump at the head of the United States, a dramatic escalation of sanctions began with the goal of provoking a rapid deterioration of the national economy and severe damage to the population, such as had taken place in numerous countries and with various connections, but in every case committing grave crimes against the people: the USSR, China, Vietnam, Cuba, Yugoslavia, North Korea, Iran, Chile, Syria, Libya, Iraq, Nicaragua, among others.

Economic Sanctions and Its Effects

Sanctions are designed with the deliberate purpose of strangling our economy, principally affecting the oil industry that generates 95% of the foreign currency in an economy highly dependent on imports, along with over 75% of the state’s income.

Currently, the national oil industry cannot have access to external financing, is restricted from acquiring technology, cannot use shipping companies for transport, and is closed off from its main market (the United States)–all of this a consequence of the serious threat of severe sanctions to any companies and financial entities that establish economic relations with this industry and with the country in general.

The Treasury Secretary of the U.S. government calculated the cost of the sanctions on the national oil industry at $18 billion, between confiscated accounts (Citgo) and closed and lost accounts in the U.S. market. To these we must add the investments that will stop being made due to the threat of sanctions–no less than $5 billion. At the same time, the shrinking of the national oil production as a result of the sanctions and the drop in foreign exchange and tax revenues translates into a cost in the order of $12 billion for the country.

The same luck runs through the activity of extracting the nation’s gold, which is blockaded by the threats of economic punishment from Washington to anyone that would invest in the country or buy the nation’s gold product. The cost of this will easily exceed $3 billion.

On the other hand, the U.S. government prohibited–by the coercive character of its sanctions–the external financing of the Republic, as well as the refinancing of the nation’s foreign debt, preventing the injection of resources into the economy and inflicting serious financial costs on the nation. This situation, together with the loss of economic growth and everything this causes, translates into a cost of at least $13 billion.

As a consequence of the sanctions, we do not have a corresponding bank to participate in international trade, along with the fact that many commercial partners refuse to engage in trade with our country out of fear of tough sanctions. This implies higher costs for the reorientation of international trade and the restrictions to carry out or receive payment from commercial exchange.

Finally, but no less important, the sanctions have led to the seizure of accounts belonging to the Republic of at least $6 billion, especially the $1.33 billion worth of gold in the Bank of England, the $1.54 billion in the New Bank of Portugal and the $1.5 billion in Citibank, Clearstream and Sumitomo.

With regard to the most notable economic and social effects, we can highlight the worsening shortage of medicine, the shortages of basic necessities, the loss of productive employment, the drop in productive activity and the deterioration of basic services, including transport.

The reason is very simple–the sanctions have drastically diminished the foreign currency income of the country, as well as the generation of wealth.

At the same time, it has led to the drastic deterioration of the export sector fo the economy and public financing (notably affecting the capacity to provide well-being to the population), among many other things.

The Illegality, Immorality and Criminal Character of Sanctions

The vandalic, illegal, immoral and criminal actions being carried out against the Venezuelan people have created a scandalous economic impact, that has already risen by $65 billion and, based on serious investigations, has led to the death of over 40,000 compatriots, based on a study from the Center for Economic and Policy Research (CEPR), located in Washington.

In the most shameless manner, the highest spokespeople of the Yankee government have affirmed that these sanctions of the singular purpose of provoking “regime change,” and, as they have acknowledged, the authors of the sanctions are aware of the terrible social impacts they caused, which have no importance to the designs of the criminal aggressions. Embarrassingly, this policy is endorsed and justified by local political and economic actors that play the role of Washington’s pawns.

There is no doubt that, right now, the sanctions strangling our economy are the main obstacle to productive recovery, the country’s macroeconomic stability and the possibility of providing well-being for the population.

At the same time, it has to be noted that since the failure of the policies of coup d’etats and the promotion of terrorist violence in order to quickly and violently overthrow president Nicolás Maduro, the commitment of Washington is centered on socio-economic deterioration and the overthrow of president Maduro via economic warfare.

Revolutionary Counter-Offensive to Defeat the Sanctions

As part of a profound self-criticism, president Nicolás Maduro has called the country, and particularly the chavista forces, to a great national debate to clearly establish the weaknesses of the Bolivarian Revolution in order to overcome them, and its strengths in order to consolidate them. In this national debate, five essential points are established to defeat the imperial threat: guarantee peace, combat the scourges of corruption and bureaucratism, improve public service, perfect social policies and strengthen economic strategies.

The objective is the relaunch of the Bolivarian Revolution, centered in guiding principles for our development such as efficiency, ethics, the growing participation of the people, social justice, the socialist consciousness of labor, the development of new revolutionary institutions, among others.

The economic counter-offensive requires a climate of political and social order, along with peace and national sovereignty, currently under attack by U.S. imperialism. These are indispensable conditions for the deployment of productive forces in the country.

The changes being proposed by our people in their solid and profound knowledge will make us stronger in the face of future attacks from imperialism, and will be fundamentally essential for the transition to socialism. However, these changes must have immediate impacts on the development of our people and the national in the current context dominated by sanctions.

We believe that we must concentrate our efforts on the sectors that determine the performance of the nation and satisfy the needs of the Venezuelan people. This means guaranteeing the growth of oil production, a crucial task in an economy with our characteristics. At the same time, we must prioritize two sectors: food and medicine, to attend to the difficult situation facing our people. A fundamental aspect constitutes the public services: electricity, water, gas, urban cleanliness and transportation, without which we cannot have social and political stability.

All of this must be part of a participatory planning that aims at productivity and efficiency of the use of increasingly scarce resources, and deploying real material stimulus to the development of productive forces.

Our performance in this front must be audacious, we must act with better flexibility and establish a broad national alliance for productive recovery, within which our powerful working class will play a stellar role and to which we must call private business, along with all social actors in the country, including People’s Power.

Internationally, we must make a great effort to stimulate the participation of our allies and foreign capital in general in economic recovery, especially in the oil sector and in sectors with notable comparative advantages in our economy.

With regards to the PSUV, we must assume the role of the vanguard in this transcendental task, not only in the effort to contribute to the growth in production, but rather mainly in the titanic task of promoting cultural change in our people, one that places productive work at the center of social consciousness. We have watched with great enthusiasm a great movement within our party in this direction, at the head of which has been our comrade Diosdado Cabello, PSUV first vice president.

Production, productive labor, have become essential tasks for the Bolivarian Revolution in the current moment.

Jesús Faría is the PSUV Vice President for a Productive Economy.