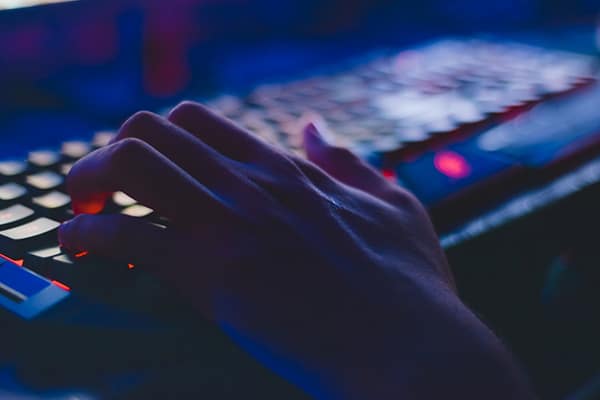 “We are going to start pushing cyber-pickets,” wrote Kelly Rogers, in an email to her fellow union members at the Ritzy Cinema in Brixton, South London, “where supportive members of the public who can’t come down to a picket line spend their day block booking seats and keeping them in the online basket, so they can’t be sold on tills or online.

It makes the strike much more effective when they keep cinemas open on strike days–and Hackney had managed to keep their cinema pretty much empty this way.

This is ‘cyber-picketing’, a striking tactic only made possible with the advent of the internet, and cinemas providing online services for film-buffs to book their tickets online.

Rogers was found unfairly dismissed by her employers, Picturehouse Cinemas, due to encouraging the use of this tactic, in a decision ruled by an employment tribunal in south London in January of this year.

Rodgers stated to the court that she did not know the legal standing of this tactic at the time of advocating its use, highlighting how such striking tactics exist within a grey area of labor law.

Cormac O’Connor, Picturehouse regional manager, argued in court that cyber-picketing was not like other forms of striking action because it deprived customers of a choice–he compared it to closing down the cinema entirely. During the legal proceedings, Picturehouse representatives repeatedly called these tacticts a form of “cyber-attack”, according to court documents.

I think the government in the UK is so focused on Brexit, that it is not doing a great deal.

Wood argues that technological advances have been shaping labour relations: “Management is being outsourced to online platforms. It makes it harder for employees to voice their concerns.”

He adds that under the present Conservative government he cannot foresee a change in legislation since “workers are in such an institutionally weak position because they don’t have enough of a voice in the economy.”

“I got a Facebook message from a mutual friend of Kelly and I,” says Callum Cant, journalist and PhD student at the University of West London studying political organization. “I live in Brighton, so I sat down, went half way through the booking process to purchase five to 10 tickets and then left the browser open whilst I continued my work on the side,” who managed to take part in the striking action from 64 miles away due to the technological advancements that are changing dynamics of political activism.

He argues that the physical strikes were not as successful as the employees had hoped:

People were saying they had already bought the tickets online or on their phone by the time they arrived and saw the employees picketing outside the cinema. Cyber picketing was a tactic to avoid this and put more pressure.

Another entity which is lagging behind technological developments, is the pivotal organ behind striking: the union.

Becky Wright is the director of Unions21 which work with unions to help them innovate their practices, and says that trade unions in the recent years have been thinking more about how collective action is shaped by digital tools.

She says that unions tend to feel cautious about integrating new platforms and tactics because of the presence of vigilant legal parameters:

If the employer hears that a strike action is not 100% within the confines of the present law, then the union gets taken to court and has to pay large financial penalties.

Besides Rodgers, another three employees have been sacked due to strike-related actions against the second largest cinema chain in the world, Cineworld–parent company of Picturehouse–whose turnover in 2015 was around £705.8 million worldwide.

Additionally, Picturehouse employees have been critical of Cineworld’s CEO who in May 2018 awarded himself a maximum pay packet of more than £3m–against the advice of the independent shareholder advisory group, ISS.

Wood argues that the internet could reshape power relations:

Previously, if you were working on an assembly line you could cause a lot of disruption by a small group of workers leaving which could stop the work of an entire factory. As we move towards a service and network economy it’s harder for workers to have that kind of an impact.

We need more forms to increase workers power–the internet does this by reducing the cost of communication and sharing information. This means that workers can amplify the impact of any action through social media where you also have unbounded communities, which means that information can flow quickly. This can lead to companies feeling reputational damage.

Heather Mendick, Labour activist in Hackney, participated in the “cyber-picketing” and is critical of the UK’s labour laws:

I think people are demanding the ability to sustain themselves at a time where corporations have a significant ability to abuse their power.

Employees, such as Kelly Rogers, are being sanctioned with precarity and lengthy court proceedings due to the lack in clarity of the law. This cannot be sustainable within the context of constant technological advancement.

Striking action is a pillar of UK political organisation since the industrial revolution, and the government needs to give it the priority it requires.