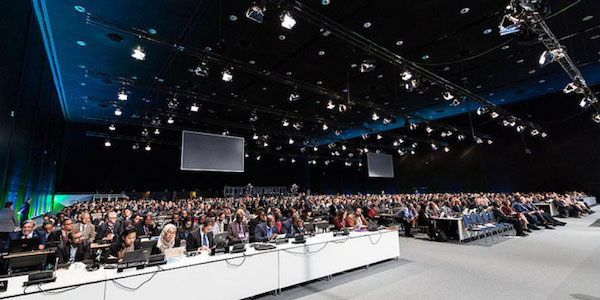 Showing the UK is far from a ‘climate leader’.

This week it was announced that the 2020 United Nations climate change conference–the so-called ‘Conference of the Parties’ (COP)–is set to take place in the UK.

Before everyone gets too excited, no, another climate summit won’t fix the climate crisis. After three decades of negotiations, the actions countries have pledged to take to tackle climate change put us on track for a catastrophic minimum 3C rise in average global temperatures.

But as well as being an important arena of struggle in itself, COP26 will present major opportunities for the UK climate justice movement. Here are four.

1. Breaking out of the green silo.

In recent months, the UK’s climate movement has been rejuvenated by a number of grassroots campaigns. Extinction Rebellion have stepped up the frequency and visibility of direct action, youth climate strikers have put forward a clear moral message about the urgency of tackling the crisis we face, and campaigners for a ‘green new deal’ for the UK and beyond have presented a clear vision of how to do so.

Politicians and many mainstream NGOs have responded to this new wave of climate activism by rushing to make empty pronouncements about our current state of ‘climate emergency’. But the one thing international climate talks have never been about is the environment.

The COP is essentially an encounter between former colonial powers trying to assert their dominance and formerly colonised nations trying to resist them: COPs are, and always have been, about who lives and dies. With a UK COP26, the climate justice movement has a clear opportunity to break out of the narrow green silo and advance an agenda of system change.

2. Learning from movements from around the globe.

Despite being dominated by the agendas of corporations and elites, international climate summits still attract representatives from social movements from across the globe: those on the frontlines, for whom the climate crisis is just one aspect of the fight for global justice. When it comes to breaking out of the green silo, and strategies for building power, movements in the UK can learn a lot from them.

COP26 provides an opportunity to raise local justice campaigns to an international level and connect them to global struggles. For example, 50% of the poorest areas in London have illegal levels of air pollution, with devastating health impacts, compared to 2% of London’s wealthiest areas. COP26 means campaigns to address this injustice can be given an international platform and connect with the struggles of millions in the Global South who are dying from the same pollution and environmental degradation.

By working together and forming new alliances with these groupings, we can build people power behind a global climate justice movement, and further popularise the politics of system change. 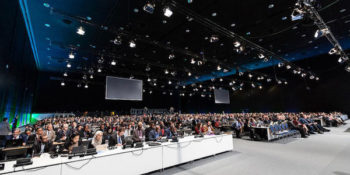 3. Showing the UK is far from a ‘climate leader’.

The UK has long declared itself a climate leader. But the international spotlight that comes with hosting a COP will allow us to draw attention to the rank hypocrisy of these proclamations. The UK is historically the fifth worst emitter of greenhouse gases, having generated 80% of global emissions of CO2 from fossil fuel combustion in 1825, and continuing to generate more than half the world’s emissions far into the 19th century.

Today, the UK government is building a new runway at Heathrow airport and forcing fracking on communities against their will whilst promising an underwhelming ‘net zero’ emissions goal for 2050–a target that makes a mockery of climate science, any idea of climate justice, and the urgent need to act. Meanwhile, recent reports condemn the British aid budget for funding fossil fuels, and the City and British-based multinationals are driving climate breakdown by funding deadly extractivism in the Global South, with environmental defenders regularly murdered with impunity. Climate leaders we are not.

4. Redefining our relationship to the rest of the world.

To take on its fair share of collective global action, by 2030 the UK would need to reduce its emissions 202% below 1990 levels. This is obviously greater than what we can physically achieve within our own borders, and we therefore need to fund mitigation efforts in poorer countries. This is in addition to supporting them to cover the massive costs of adapting to a changing climate, dealing with damages, and supporting hundreds of millions of climate migrants over the coming decades. The UK’s fair share of these aggregate costs would easily be in the hundreds of billions.

This challenge is not something the domestic environmental movement often talks about. But by playing host to COP26, the movement has a chance to push for the country to redefine its relationship to the rest of the world in the post-Brexit era. Those who refuse to let imperial nostalgia become the accepted goal for the UK can and should put forward an alternative vision of international solidarity and cooperation–and not pave the way for a new wave of green colonialism that simply replicates patterns of exploitation.

At COP26, like other COPs before, false solutions to the climate crisis such as carbon markets and geoengineering will be put forward by the very same actors who caused the crisis in the first place. The UK climate movement must rise to the challenge of countering them, raising truly radical demands that put movements and communities in the driving seat, and attacking the very system that ensures the suffering of the many pays for the luxuries of the few.

Nathan Thanki is co-ordinator for the Global Campaign to Demand Climate Justice.

Asad Rehman is executive director at War on Want.