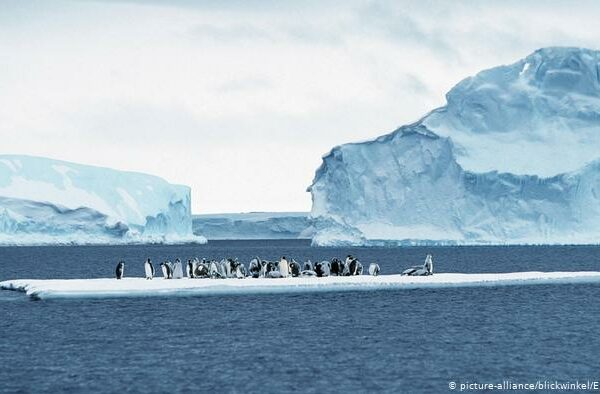 It’s officially summer. Time for a swim, a cold beer, and a new slew of catastrophic climate changes…

It’s all alarming. But to officials in the Trump administration, it represents just another golden opportunity to profit. In April, US Secretary of State Mike Pompeo spoke to the Arctic Council—that’s the governmental group that gathers countries with territory in the Arctic region and indigenous peoples to cooperate on “issues of sustainable development and environmental protection in the Arctic.”  Pompeo didn’t seem concerned about sticking to the council’s formal mission statement; he could barely contain his excitement about the new waterways and resources opening up due to the accelerating sea ice melt.

“The Secretary is looking at this with blinders on,” says Ray Pierrehumbert, Halley Professor of Physics at the University of Oxford and lead author of the IPCC Third Assessment Report. For the latest installment of Say WHAT?—the Bulletin’s video series that casts a wry eye at wrongheaded policy—we watched the Arctic Council speech with Pierrehumbert and captured his reaction to some of Pompeo’s most flabbergasting statements.