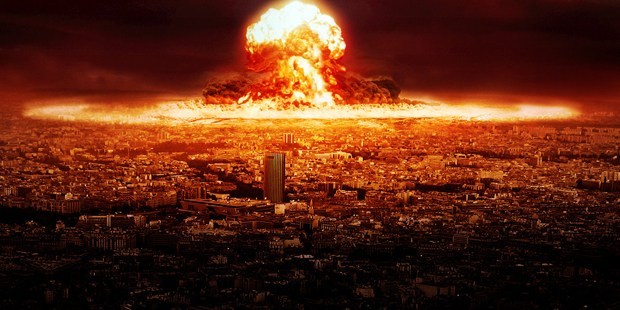 In the year 2000, the CIA gave Iran (slightly and obviously flawed) blueprints for a key component of a nuclear weapon. In 2006 James Risen wrote about this “operation” in his book State of War. In 2015, the United States prosecuted a former CIA agent, Jeffrey Sterling, for supposedly having leaked the story to Risen. In the course of the prosecution, the CIA made public a partially redacted cable that showed that immediately after bestowing its gift on Iran, the CIA had begun efforts to do the same for Iraq. Now in 2019, Sterling is publishing his own book, Unwanted Spy: The Persecution of an American Whistleblower.

I can only make sense of one reason why the CIA hands out blueprints for nuclear bombs (and in the case of Iran planned to deliver actual parts as well). Both Risen and Sterling claim that the goal was to slow down Iran’s nuclear weapons program. Yet we now know that the CIA had no solid knowledge that Iran had any nuclear weapons program, or if it had one how advanced it was. We know that the CIA has been involved in promoting the false belief that Iran is a nuclear threat since the early 1990s. But even assuming that the CIA believed Iran to have a nuclear weapons program in 2000 (which the 2007 U.S. National Intelligence Estimate would later claim had been ended in 2003), we have not been offered any explanation of how providing flawed blueprints could have been imagined to slow such a program down. If the idea is supposed to be that Iran or Iraq would simply waste time building the wrong thing, we run up against two problems. First, they would likely waste vastly more time if working without plans, as compared to working with flawed ones. Second, the flaws in the plans given to Iran were obvious and apparent.

When the former-Russian assigned to deliver the blueprints to the Iranian government immediately spotted the flaws in them, the CIA told him not to worry. But they didn’t tell him that the flawed plans would somehow slow down an Iranian nuclear weapons program. Instead they told him that the flawed plans would somehow reveal to the CIA how far along Iran’s program was. But how that would happen has never been explained either. And it conflicts with something else they told him, namely that they already knew how far along Iran was and that Iran already had the nuclear knowledge that they were providing. My point is not that these assertions were true but that the slow-them-down rationale was not attempted.

One never wants to underestimate incompetence. The CIA knew next to nothing about Iran, and by Sterling’s account was not seriously trying to learn. By Risen’s account, around 2004 the CIA accidentally revealed to the Iranian government the identities of all of its agents in Iran. But incompetence does not seem to explain a consciously thought-out effort to distribute nuke plans to designated enemies. What does seem to explain it better is the desire to point to the possession of those plans, or of the product of those plans, as evidence of a hostile threat of “weapons of mass destruction,” which, as we all know, is an acceptable excuse for a war.

That we are not entitled to find out, even 20 years later, whether giving nuke plans to Iran was incompetence or malevolence, or to ask Bill Clinton or George W. Bush why they approved of it, is itself a problem that goes beyond incompetence and into the realm of anti-democratic tyrannical governance by secret agencies.

We have no possible way of knowing a complete list of countries the U.S. government has handed nuclear weapons plans to. Trump is now giving nuclear weapons secrets to Saudi Arabia in violation of the Nonproliferation Treaty, his oath of office, and common sense — though we must, of course, defer to the wisdom of Nancy Pelosi and recognize that nothing Trump does could possibly be impeachable. The silver lining is that whistleblowers on giving nukes to the Saudis have apparently been listened to by certain members of Congress who have gone public with the information. Whether the difference is the individuals, the committees, the sides of Capitol Hill, the party in the majority, the party in the White House, the involvement of the CIA, the general culture, or the nation being given the keys to the apocalypse, the fact is that when Jeffrey Sterling went to Congress to reveal the giving of nukes to Iran, Congress Members either ignored him, suggested that he move to Canada, or — with horrible timing — died before doing anything.

Sterling’s new book, Unwanted Spy, includes very little about Operation Merlin, the plot to give nukes to Iran. The book is well worth reading for other reasons. But Sterling does tell us on page 2 that he did not leak the story to James Risen or anyone else. Later in the book he tells us that he took the story to Congressional committee staff with the proper clearance and oversight responsibilities.

In a world that was even slightly sane Sterling’s assertion that he did not leak the story to Risen might risk endangering others. Sterling has already been to prison for what I consider an admirable act of public service but the U.S. government considers the crime of “espionage.” But prosecutions for crimes in our culture are almost never desired once someone has been convicted, even if it was the wrong someone. Sterling has asserted his innocence consistently from day one. Sterling later in the book promotes the idea that one of the Congressional staff members he spoke to may have leaked the story to Risen (so he’s clearly not worried about any new prosecutions). And if you read through Sterling’s whole book, the possibility arises in your mind that the purpose of the prosecution of Jeffrey Sterling may have been as much about targeting Sterling over other matters as it was about pinning the blame on someone for Risen’s story.

Of course, assuming that it is true that Sterling was not Risen’s source, someone else was, someone who allowed Sterling to go to prison in his or her place. And, of course, Risen kept silent as well. Perhaps his promise of confidentiality to his source justified that silence. Perhaps all parties involved had little reason to believe they could help Sterling effectively, even if they tried, given the fact that he was targeted and convicted in the absence of any evidence he committed the whistleblowing.

Sterling’s book takes us from his childhood up through his trial. It provides an insightful account of how a boy and young man dealt with growing up black in the United States, and growing up with a troubled family and more than his share of serious hardship. From early on, Sterling writes that he had a deep desire to know what his country thought of him. With the guilty verdicts at his trial, he believes he’s finally been given the ugly answer.

Whether it would have helped him or not, I do not know, but I would have tried offering the advice, on the chance that it might help, that one ought not to care too much what an imaginary and fictional entity thinks of one. A country has no thoughts. It’s not a person. What do people think of you? Even that question can be given too much weight, but Sterling seems capable early on of keeping it in check. I wish he could have done the same with the less useful question of what his country thought of him.

I even wish he had not tried to “serve” his country by going to work for a secret agency which, through the course of his account, and every other account I’ve read, is never recorded as having done anything useful, much less enough good to outweigh the harm.

I’m not criticizing Sterling for joining the CIA. He was up against racist prejudice in trying to find satisfying employment. The CIA was advertising itself as diverse and enlightened, and as a way to see the world, in addition to promoting the militaristic nationalism in which not just Sterling but darn near every U.S. child believes. When Sterling, who had grown up in a small town in Missouri, took the job at the CIA, he moved to my hometown in Northern Virginia. He found the locale in some ways more advanced, and more welcoming of his inter-racial marriage. I’m sorry Sterling didn’t grow up there and that I didn’t know him; he’s within a couple of years of my age.

But where Sterling ran up against racism most severely was not in Missouri, but in Northern Virginia within the bureaucracy of the CIA. He found there a rightwing culture that had not accepted the idea of racial equality, and as far as we know still hasn’t. His career was stymied by supervisors who blocked his way and were none too subtle about the reasons why. He was told that he couldn’t do certain work in Europe because he’d stand out too much being black. He’d been to Africa and seen all-white CIA offices whose members might as well have worn signs around their necks. When he complained he was informed that by joining the CIA he had given up his civil rights.

Sterling didn’t accept that. He went through all available channels to overcome discrimination. And that made him a target for retribution. The retribution was overwhelming, and Sterling suffered. He attempted suicide. And the worst was yet to come.

Yet Jeffrey Sterling persevered remarkably. He remade himself. He faced disaster head-on. One thing that he writes gave him a major boost was the supportive letters that people mailed him while he was in prison. It’s worth remembering how often people who’ve been to prison say this. Next time you sit down to write to a Congress Member or a friend or a relative, maybe consider writing to a prisoner as well.