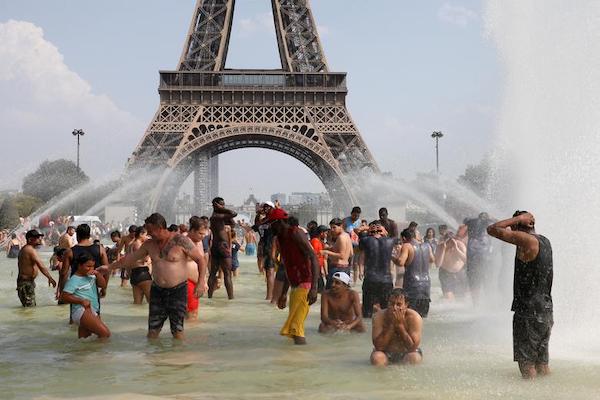 Record-breaking heatwave bakes Europe | Reuters.com Reuters People cool off in the Trocadero fountains across from the Eiffel Tower in Paris as a 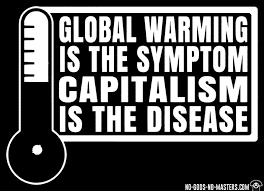 Basking in record-breaking high tempertures, slowly barbecuing ourselves, Britons may well welcome the benefits of global warming. Don’t fool yourselves.

This heatwave is the harbinger of the climate crises.Experts at the Met Office say there is “no doubt” the climate crisis is playing a role in driving the unprecedented temperature highs. The government’s advisory Committee on Climate Change has warned the UK is not prepared for the increase in heatwaves that is expected with global heating. Germany, the Netherlands and Belgium have recorded all-time national temperature highs and Paris has had its hottest day ever. Research shows that with climate change they are likely to become more common, perhaps occurring as regularly as every other year“, the Met Office says. The UK was now 30 times more likely to experience heatwaves compared with the year 1750, because of “the higher concentration of carbon dioxide (a greenhouse gas) in the atmosphere”.

Extreme heat can be very dangerous, particularly for the very young and old, and we would encourage everyone to check on their elderly relatives and neighbours and look after themselves this week by keeping out of the sun or covering up, wearing sunscreen and drinking plenty of water. Heat exhaustion and heatstroke are two of the most serious problems that can develop when the mercury soars, but by being prepared you can spot the early warning signs such as headache and dizziness.

Authorities across Western Europe handed out free water to homeless people, placed hospitals and residential care institutions on high alert and opened municipal buildings to anyone seeking shade, trains were slowed in several countries to avoid damage to lines, which could buckle in the heat. Track temperatures could hit 60C. Britain’s rail network has been plunged into chaos after extreme temperatures forced operators to slow down trains and cancel services as Network Rail warned the system could not cope with the searing heat. Trains were forced to travel at a maximum speed of 20mph on some routes.

Today the whole world is in the grip of a deep climate crisis. The destruction of the environment–which has now reached calamitous proportions–is inevitable in a society where the blind forces of the market and the anarchy that goes with it predominates. We know how to produce but we will not produce without criminal waste and destruction. The only ultimate solution is to take the use of science and technique out of the hands of a handful of profiteers and make it accountable to and controlled by a harmonious socialist society will it be possible to really harness science as a mighty lever for benefitting mankind and its environment instead of destroying humanity as is the situation now. Left unchecked CO2 emissions threatens the ultimate destruction of civilisation. The purity and integrity of air, water, soil, are vital to us. Capitalism is spouting noxious fumes and dumping toxic waste It pollutes rivers, lakes, seas, with raw sewage. Against good agricultural practices and healthy lifestock husbandry, industrial farming is over-grazing the range and exhausting the soil, destroying the forests. By poisoning the air, polluting the oceans and raping the land, nature is turning against us. None of these things are aberrant accidents. Today the human species stands at a turning point: either we develop further by means of the transformation of society towards socialism or we are eventually destroyed by the increasing climate crises.

We live in a world dominated by capitalism, a system which allows a small minority of capitalists to oppress and exploit the great majority of humankind. It is capitalism that brings about great inequalities in living standards with more poor people now in the world than ever before and causes the growing devastation of our natural environment. The inexhaustibility of three the alternative energy resources, tsun, moon, and wind, to provide solar power, tidal and wind turbines, delivering enough power to run all the industries is obviously indisputable. Either we get rid of this outmoded and increasingly decrepit system or it will devastate humanity.

The only way forward is to achieve socialism, a class-free and state-free society on a world scale where people live in harmony with our natural environment. It is astonishing that, in a world where science and technology have advanced to the stage where there could be plenty for all, there is a growing amount of want and hunger with untold millions unnecessarily materially deprived where their lives are empty and meaningless. It is clear that although the human species has shown itself able to radically change itself and the world it lives in, it has not yet brought these processes under our full conscious control. If we so choose, we can gain control over ourselves and our environment so as to bring about our further development in a positive direction. Working people have it within their power to overthrow this crisis-ridden moribund capitalist system and pave the way for the liberation of the whole of humankind. The only real, lasting way forward is socialism but whether or not this path is taken is a matter of decision for the working class. The choice before us is “Socialism or Barbarism…if we are lucky.”

Today we have the capacity to turn our world into hell, and we are well on the way to doing so.

The long and ruthless raid of capitalist greed upon the bountiful wealth of Nature must end. The befoulment and destruction of man’s environment must stop. This is the inescapable logic that now faces humanity.

We also have the capacity to turn it into the opposite of hell, abolishing poverty and misery, liberating human existence. The hour is late and urgent action is necessary. Join us now.