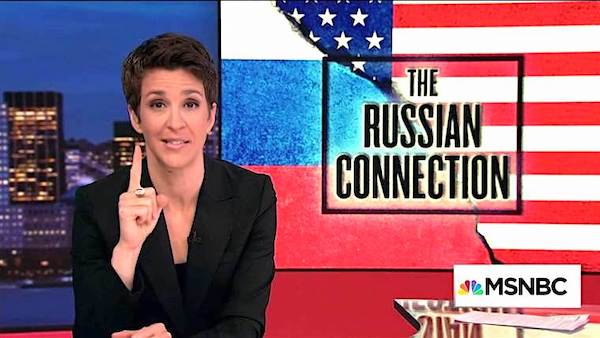 For over two years Russiagate has accounted for a substantial proportion of all mainstream U.S. media political journalism and, because U.S. media have significant agenda-setting propulsion, of global media coverage as well. The timing has been catastrophic. The Trump administration has shredded environmental protections, jettisoned nuclear agreements, exacerbated tensions with U.S. rivals and pandered to the rich.

In place of sustained media attention to the end of the human species from global warming, its even more imminent demise in nuclear warfare, or the further evisceration of democratic discourse in a society riven by historically unprecedented wealth inequalities and unbridled capitalistic greed, corporate media suffocate their publics with a puerile narrative of alleged collusion between the 2016 Trump campaign and Russia. 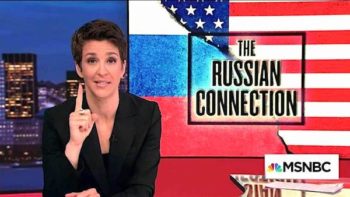 The Russiagate discourse is profoundly mendacious and hypocritical. It presumes that the U.S. electoral system enjoys a high degree of public trust and security. Nothing could be further from the truth. The U.S. democratic system is deeply entrenched in a dystopian two-party system dominated  by the rich and largely answerable to corporate oligopolies; it is ideologically beholden to the values of extreme capitalism and imperialist domination. Problems with the U.S. electoral system and media are extensive and well documented.

U.S. electoral procedures are profoundly compromised by an Electoral College that detaches votes counted from votes that count. The composition of electoral districts has been gerrymandered to minimize the possibility of electoral surprises. Voting is dependent on easily hackable corporate-manufactured electronic voting systems. Right-wing administrations reach into a tool-box of voter-suppression tactics that run the gamut from minimizing available voting centers and voting machines through to excessive voter identification requirements and the elimination of swathes of the voting lists (e.g. groups such as people who have committed felonies or people whose names are similar to those of felons, or people who have not voted in previous elections). Even the results of campaigns are corrupted when outgoing regimes abuse their remaining weeks in power to push through regulations or legislation that will scuttle the efforts of their successors. Democratic theory presupposes the formal equivalence of voice in the battlefield of ideas. Nothing could be further from the reality of the U.S. “democratic” system in which a small number of powerful interests enjoy ear-splitting megaphonic advantage on the basis of often anonymous “dark” money donations filtered through SuperPacs and their ilk, operating outside the confines of (the somewhat more transparently monitored) electoral campaigns.

Free and Open Exchange of Ideas

Regarding media, democratic theory presupposes a public communications infrastructure that facilitates the free and open exchange of ideas. No such infrastructure exists. Mainstream media are owned and controlled by a small number of large, multi-media and multi-industrial conglomerates that lie at the very heart of U.S. oligopoly capitalism and much of whose advertising revenue and content is furnished from other conglomerates.

The inability of mainstream media to sustain an information environment that can encompass histories, perspectives and vocabularies that are free of the shackles of U.S. plutocratic self-regard is also well documented. Recent U.S. media coverage of the U.S.-gestated crisis in Venezuela is a case in point. 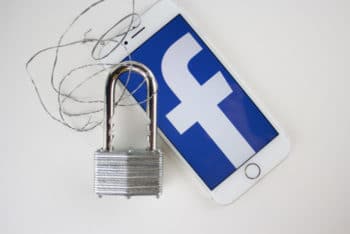 The much-celebrated revolutionary potential of social media is illusory. The principal suppliers of social media architecture are even more corporatized than their legacy predecessors. They depend not just on corporate advertising but on the sale of big data that they pilfer from users and sell to corporate and political propagandists often for non-transparent AI-assisted micro-targeting during “persuasion” campaigns. Like their legacy counterparts, social media are imbricated within, collaborate with, and are vulnerable to the machinations of the military-industry-surveillance establishment. So-called election meddling across the world has been an outstanding feature of the exploitation of social and legacy media by companies linked to political, defense and intelligence such as–but by no means limited to–the former Cambridge Analytica and its British parent SCL.

Against this backdrop of electoral and media failures, it makes little sense to elevate discussion of and attention to the alleged social media activities of, say, Russia’s Internet Research Agency. 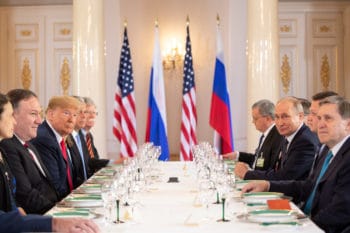 Attention is being directed away from substantial, and substantiated, problems and onto trivial, and unsubstantiated, problems. Moreover, in a climate of manufactured McCarthyite hysteria, Russiagate further presupposes that any communication between a presidential campaign and Russia is in itself deplorable. Even if one were to confine this conversation only to communication between ruling oligarchs of both the U.S. and Russia, however, the opposite would surely be the case. This is not simply because of the benefits that accrue from a broader understanding of the world, identification of shared interests and opportunities, and their promise for peaceful relations. A real politick analysis might advise the insertion of wedges between China and Russia so as to head off the perceived threat to the USA of a hybrid big-power control over a region of the world that has long been considered indispensable for truly global hegemony.

Even if we address Russiagate as a problem worthy of our attention, the evidentiary basis for the major claims is weak.

Former Special Counsel Robert Mueller’s indictments and investigations implicated several individuals for activities that in some cases have no connection whatsoever to the 2016 presidential campaign.  In some other instances they appear to have been more about lies and obstructions to his investigation rather than material illegal acts, or amount to charges that are unlikely ever to be contested in a court of law. 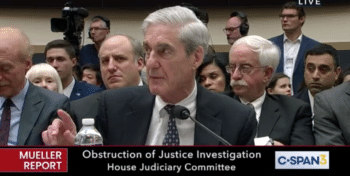 The investigation itself is traceable back to two significant but extremely problematic reports made public in January 2017. One was the “Steele dossier” by former MI6 officer Christopher Steele. This is principally of interest for its largely unsupported allegations that in some sense or another Trump was in cahoots with Russia. Steele’s company, Orbis, was commissioned to write the report by Fusion GPS which in turn was contracted by attorneys working for the Democratic National Campaign. Passage of earlier drafts of the Steele report through sources close to British intelligence, and accounts by Trump adviser George Papadopoulos concerning conversations he had concerning possible Russian possession of Clinton emails with a character who may as likely have been a British as a Russian spy, were instrumental in stimulating FBI interest in and spying on the Trump campaign.

There are indirect links between Steele, another former MI6 agent, Pablo Miller (who also worked for Orbis) and Sergei Skripal, a Russian agent who had been recruited as informer to MI6 by Miller and who was the target of an attempted assassination in 2018. This event has occasioned controversial, not to say highly implausible and mischievous British government claims and accusations against Russia.

The  most significant matter raised by a second report, issued by the Intelligence Community Assessment and representing the conclusions of a small team picked from the Director of Intelligence office, CIA, FBI and NSA, was its claim that Russian intelligence was responsible for the hacking of the computer systems of the DNC and its chairman John Podesta in summer 2016 and that the hacked documents had been passed to Julian Assange and WikiLeaks. No evidence for this was supplied.

Although the hacking allegations have become largely uncontested articles of faith in the RussiaGate discourse they are significantly reliant on the problematic findings of a small private company hired by the DNC. There is also robust evidence that the documents may have been leaked rather than hacked and by U.S.-based sources. The fact that the documents revealed that the DNC, a supposedly neutral agent in the primary campaign, had in fact been biased in favor of the candidacy of Hillary Clinton, and that Clinton’s private statements to industry were not in keeping with her public positions, has long been obscured in media memory in favor a preferred narrative of Russian villainy.

Why then does the Russiagate discourse have so much traction? Who benefits?

Russiagate serves the interest of a (No. 1) corrupted Democratic Party, whose biased and arguably incompetent campaign management lost it the 2016 election, in alliance (No. 2) with powerful factions of the U.S. industrial-military-surveillance establishment that for the past 19 years, through NATO and other malleable international agencies, has sought to undermine Russian President Vladimir Putin’s leadership, dismember Russia and the Russian Federation (undoubtedly for the benefit of Western capital) and, more latterly, further contain China in a perpetual and titanic struggle for the heart of EurAsia.

In so far as Trump had indicated (for whatever reasons) in the course of his campaign that he disagreed with at least some aspects of this long-term strategy, he came to be viewed as unreliable by the U.S. security state.

While serving the immediate purpose of containing Trump, U.S. accusations of Russian meddling in U.S. elections were farcical in the context of a well-chronicled history of U.S. “meddling” in the elections and politics of nations for over 100 years. This meddling across all hemispheres has included the staging of coups, invasions and occupations on false pretext in addition to numerous instances of “color revolution” strategies involving the financing of opposition parties and provoking uprisings, frequently coupled with economic warfare (sanctions).

A further beneficiary (No.3) is the sum of all those interests that favor a narrowing of public expression to a framework supportive of neoliberal imperialism. Paradoxically exploiting the moral panic associated with both Trump’s plaintive wailing about “fake news” whenever mainstream media coverage is critical of him, and social media embarrassment over exposure of their big-data sales to powerful corporate customers, these interests have called for more regulation of, as well as self-censorship by, social media.

Social media responses increasingly involve more restrictive algorithms and what are often partisan “fact-checkers” (illustrated by Facebook financial support for and dependence on the pro-NATO “think tank,” the Atlantic Council). The net impact has been devastating for many information organizations in the arena of social media whose only “sin” is analysis and opinion that runs counter to elite neoliberal propaganda.

The standard justification of such attacks on free expression is to insinuate ties to Russia and/or to terrorism. Given these heavy handed and censorious responses by powerful actors, it would appear perhaps that the RussiaGate narrative is increasingly implausible to many and the only hope now for its proponents is to stifle questioning. These are dark days indeed for democracy.

Oliver Boyd-Barrett is professor emeritus at Bowling Green State University. He is author of “RussiaGate and Propaganda: Disinformation in the Age of Social Media” London and New York (Routledge).