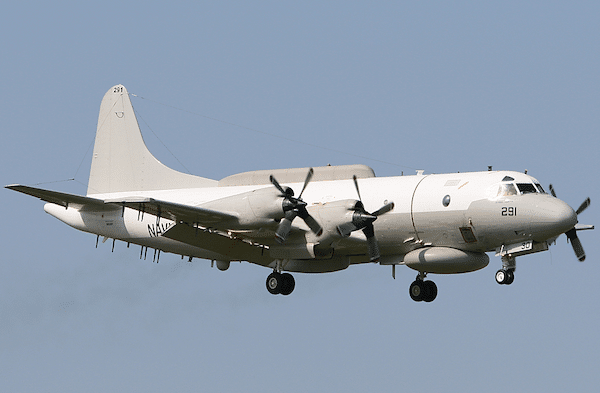 In less than a month, U.S. air raids into our Maiquetía Flight Information Region (FIR) have multiplied, following a pattern that is admittedly very worrisome. The routes described by its EP-3 Ares II aircraft are revealing, taking into account the nature of this type of aircraft.

For this purpose, they have a range of high gain receivers and antennas (to capture the largest number of signals), exploring a wide range of radio-electronic emissions in the depths of our territory.

The EP-3 Aries II and more modern versions are operating in strategic and areas of potential conflict for the United States: border areas of Russia, Korean Peninsula, Sea of Japan, South China Sea, Mediterranean Sea (near Syria) and the Caribbean Sea. It is clear that such aircraft operate in areas where military confrontation could be far-reaching.

On April 1, 2001, a Chinese J-8D fighter plane collided with a U.S. EP-3 reconnaissance plane violating airspace in southern China near Hainan Island (Washington does not recognize China’s claim to the Paracel Islands, and therefore denied that the plane was in Chinese airspace).

Interception incidents in this area had occurred previously. The crew of 24 Americans were finally allowed to return home on April 11 of the same year. The U.S. plane was not returned for another 3 months, during which time Chinese specialists examined the aircraft. Russia is another country that repeatedly intercepts this type of aircraft within its borders.

In the case of Venezuela, signal intelligence recognition is done on our most critical and best defended flank. Most of the country’s population and our industrial core is based in the central and northern coastal region, and more importantly, it is the seat of the nation’s government.

In the armed conflicts that the United States has promoted since the 1990s, it has demonstrated that any strategy of combat against a country is preceded by actions of recognition of signal intelligence. They are able to specify air defense systems, radars, communications systems, air and naval military equipment.

The first phase of the aggression is the execution of radio-electronic interference measures by knowing the frequency bands and modulation techniques of its enemy. Radars and communication systems that are incapable of applying countermeasures are somehow “blinded”.

Preparations are underway for an aggression against Venezuela.

Subsequently, from remote areas, usually maritime, they carry out saturation attacks using guided missiles. The saturation in the attack further minimizes an effective response with anti-aircraft systems if there are limited capabilities of this type, further complicated by an environment of radio-electronic warfare. Remote-controlled missiles have their targets pre-established thanks to the previous work carried out by aircraft similar to the EP-3 Aries II.

After decimating the air defenses of the attacked country, they pass to the phase of conventional bombardments using fighter planes and drones.

The terrain is then prepared for an invasion. It should be noted that the role of signal intelligence reconnaissance aircraft remains throughout the conflict. In 1991, E-3 aircraft (pre-EP-3 Aries II model) participated in Operation Desert Storm, playing a crucial role in directing coalition aircraft against Iraqi armed forces commanded by Saddam Hussein.

They are also “flying” radars with simultaneous multiple target identification capabilities with sophisticated equipment and a crew of 24 specialists.

At present, Venezuela has neighbouring countries with hostile governments and the lackeys of imperialism, who are making their territory, airspace and institutions available to the US.