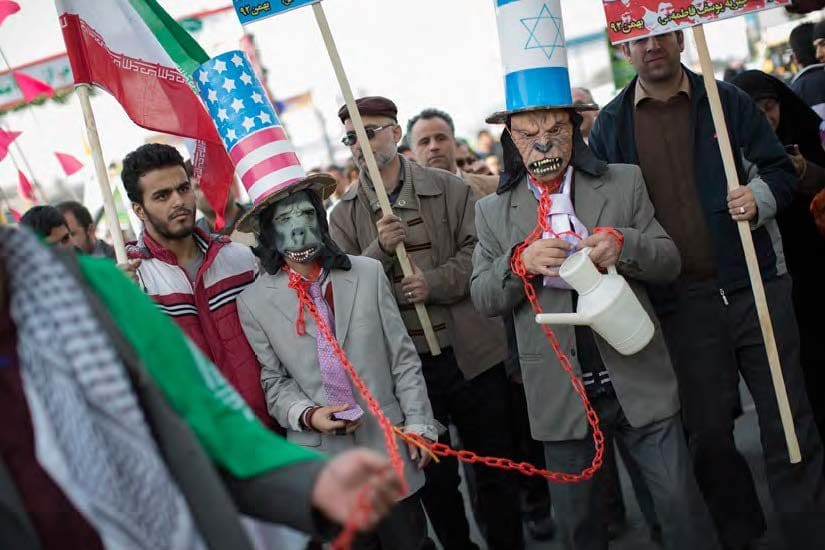 Word of U.S. President Donald Trump’s decision to sanction Iran’s Foreign Minister Javad Zarif did not seem to rattle the government in Iran. Zarif’s own reaction—that the U.S. is “isolating itself”—suggested the tone. Iran would not be intimidated.

Iranian officials echoed each other, saying that the United States was afraid of Zarif’s eloquence. Iran’s President Hassan Rouhani said that the “White House is frightened by his diplomatic capabilities.” Majid Takht Ravanchi, Iran’s permanent representative to the UN, told the Iranian media that the U.S. has sanctioned Zarif in order to “suppress his logic and his eloquent and persuasive language.” Former Foreign Minister Ali Akbar Velayati said that the U.S. does not have the ability to counter Zarif’s arguments.

There is merit to this view. The buzz in Washington suggests that both Trump and his Secretary of State Mike Pompeo were unhappy with Zarif’s interactions with the U.S. media. Zarif, who studied in the United States, is comfortable with television and is able to make a rational case against the U.S. unilateral withdrawal from the 2015 Iran nuclear deal (the Joint Comprehensive Plan of Action, or JCPOA).

Zarif is indeed urbane and eloquent, but that is not his only advantage. He has the facts on his side. United Nations agencies all say that Iran has confirmed to abide by the terms of the JCPOA, and that there is no reason for the U.S. imposition of unilateral sanctions. This is a view accepted by the European Union. Zarif’s eloquence is not the real problem for the U.S.; the problem for Trump is that the United States does not have a legitimate case to make against Iran.

No one, neither the Europeans nor Russia and China nor indeed many of the Gulf Arab states, wants an escalation of the hybrid war against Iran. They know that if the U.S. mounts an enormous assault on Iran, the war will widen from Lebanon to Afghanistan. This should be an undesirable situation for any rational person.

Rouhani made it clear to the United States: “who other than the FM [foreign minister] can be their interlocutor?” The Iranians are not going to replace Zarif. Part of the Iranian goal here is to maintain its sovereignty and dignity. To select a new foreign minister would mean that Iran has buckled under U.S. pressure. This is not going to happen.

The issue of Zarif is a red herring. Even before the sanctions on him personally, the United States showed no appetite for diplomacy. Iran spent several years negotiating with the five permanent members of the UN Security Council, Germany, and the European Union to produce the JCPOA—which was then ratified by the United Nations in 2015. After the U.S. withdrew from the deal, Iran continued to indicate that it wanted a diplomatic solution. But Washington refused to come to the table.

The problem for any negotiations is that the U.S. position is untenable. The U.S. wants to prevent Iran from exercising its right under the Nuclear Non-Proliferation Treaty (1968) to enrich uranium even to low levels (at 4.5 percent, which is far from the 90 percent enrichment needed for a nuclear weapon). It is this impossible position by Washington that will prevent diplomacy. Until Washington accepts Iran’s right—under international law—to enrich uranium for energy purposes, there will be no permanent deal.

The Europeans indicated quickly that they are unhappy with the sanctions on Zarif. Carlos Martin Ruíz de Gordejuela, a spokesman for the European Union’s foreign policy chief Federica Mogherini, said, “We regret this decision.” The Europeans say that they will continue to work with Zarif to maintain open “diplomatic channels.”

Europe’s tolerance toward Trump’s shenanigans is stretched, but the limits are nowhere near. The European Union, despite noises about its practical need for Iranian oil, has been unwilling to mobilize any political opinion on behalf of either the ailing JCPOA or against the wide unilateral U.S. sanctions now on Iran.

Zarif has been working hard to build various coalitions around the world to prevent the United States from controlling the narrative. At the recently concluded Non-Aligned Movement (NAM) ministerial meeting in Caracas, Zarif held center stage. The NAM has long opposed unilateralism by the United States. There are 120 countries inside NAM, making it the largest political bloc inside the United Nations. They welcomed Zarif’s call that the U.S. unilateral sanctions against Iran and Venezuela are a form of “economic terrorism.”

A subset of the NAM members formed a group of 25 countries that have come together to oppose directly the U.S. unilateral sanctions, not only against Iran but also against Cuba, Venezuela, Russia, and elsewhere. This group has moved slowly to consolidate itself.

Finally, Zarif has traveled and made contact with countries along the Persian Gulf. This mission is to forge a non-aggression pact. Iraq and Oman have indicated that they would join such a pact. Kuwait might also join. These countries will have a lot to lose if a war breaks out against Iran. Sources say that Qatar and the United Arab Emirates (UAE) are contemplating entry into this pact. The surprise here is the UAE, which is a close ally of Saudi Arabia. Recently, the coast guards from Iran and the UAE held a joint meeting—the first in six years.

Zarif and the Iranians have been creating a formidable set of alliances that hope to produce a moat around the possibility of war against Iran. If close U.S. allies such as Qatar and the UAE—both of which have U.S. military bases—have indicated a readiness to sign non-aggression agreements with Iran, then Washington faces a problem. The sanctions against Zarif are not merely for his eloquence on U.S. television channels. He is being sanctioned to send a message to these U.S. allies who have become part of these new platforms.

The United States has walked into a corner. By sanctioning Iran, it has suggested that it is not interested in diplomacy.