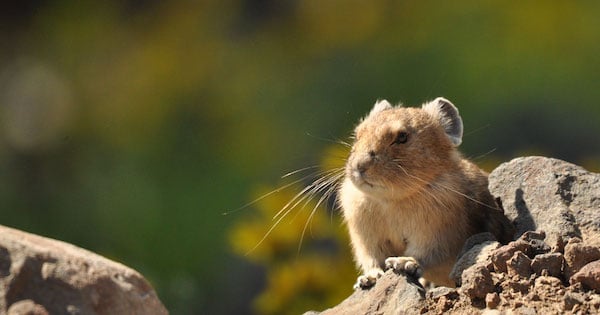 Today, the Trump administration released a final rule dismantling the role of science in informing protections for endangered and threatened wildlife. The Endangered Species Act (ESA) and the protections it has afforded to threatened and endangered species have been based on the best available science and commercial data. Today, science will take a backseat as the new rule will sideline scientific evidence and emphasize considerations of economic costs in decisions to list species and/or the habitat they depend on under ESA. This new rule will result in less protection for America’s threatened wildlife and a higher likelihood of losing species forever as Earth’s sixth mass extinction occurs.

The rule is part of a larger strategy by the Trump administration to sideline science from decisionmaking processes, especially for endangered species. The Trump administration has cherry-picked scientific evidence to make a case to delist the gray wolf across the country, rolled back conservation plans for the sage grouse, and suppressed publication of research conducted by federal scientists demonstrating three pesticides alone jeopardize the continued existence of more than 1200 endangered or threatened species. And this barely scratches the surface of attacks on endangered species protections.

The rule released today overhauls the entire process by which species are considered for listing under the ESA. Here are some ways in which the rule will force science to take a backseat in listing decisions.

As my former colleague Charise Johnson wrote when this rule was proposed, “The proposal adds economic considerations in the process for deciding if a species is in fact threatened or endangered, instead of making it a purely scientific decision.” As written, listing decisions under the ESA are required by law to be made solely based on the best available scientific and commercial data. The bipartisan agreement on this language when the ESA was written into law is there for a very good reason–economic considerations are irrelevant when determining whether a species warrants protection scientifically.

The new rule redefines “foreseeable future” in a way that will prevent federal experts from considering the future effects of climate change on species populations. This is detrimental for species that are strongly affected by climate change such as the American pika. The American pika is so sensitive to increases in heat that its Western population has been dwindling already—the population of the species will likely decrease under future hotter conditions. Under the new rule, scientists will not be able to consider the pika’s population under future climate change scenarios, even if such conditions are a threat to the long-term survival of the species.

Hopefully the American pika will move up in elevation where temperatures are cooler. If we expected this to happen, then the government could designate those areas as critical habitat. Unfortunately, the Trump administration’s new rule makes it almost impossible to designate habitat that is not inhabited now but likely will be in the future due to climate change.

Under the new rule, it is difficult to imagine the continued existence of species expected to be strongly affected by climate change.

The new rule also will sideline scientific evidence that some threatened species’ populations are not healthy enough to be used as a resource or hunted. Threatened species have received protections from being “taken” under the ESA for 40 years, but the new rule upends these protections unless the FWS writes a special rule to provide such protection for a species. Even if the science shows that a threatened species’ population is not healthy enough such that we can fish or hunt those species, if FWS doesn’t have the resources to write a rule, or if special interests prevent such a special rule from being written, then it is more likely that “take” of a threatened species will drive it closer to extinction. For example, scientists have pointed out that the population of the gray wolf would likely decline due to illegal poaching if it lost its ESA protections.

I’ve said this before, but I’ll say it again—once a species is gone, it’s gone forever. We don’t get another chance to have that species in the world. Such losses may have large effects on ecosystems and on us. We depend on biodiversity, many times unknowingly. That is why it is so critically important to protect our most threatened and endangered species.

The ESA was passed in 1973 unanimously. The Senate voted 92-0 in favor of the bill, and the House voted in favor of the Senate’s version of the bill 390-12. The majority of people in the U.S. agree that we need to protect endangered and threatened wildlife. The majority of public comments (more than 800,000) were in opposition to the rule altering listing decisions under the ESA. And the ESA works—it is the landmark legislation that brought the emblematic bald eagle back from the brink of extinction.

If there is so much agreement that the ESA works, and the public agrees that the ESA is good and needed, why is the Trump administration doing an end run around this legislation? Well, the new rule could certainly help open up protected lands to development of fossil fuels. But who could imagine the Secretary of the Interior, David Bernhardt, who is a former fossil fuel lobbyist, and who would oversee many of these listing decisions, wanting that?