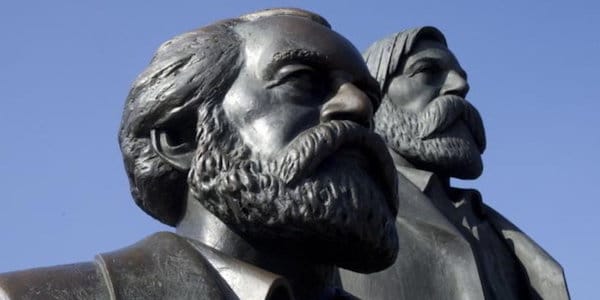 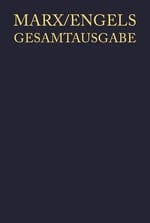 Was Marx an ecologist and does Marx’s theory offer a coherent theoretical and practical approach for ecologists in the 21st century? The publication of Marx’s excerpts and notes on ecology from the mid-1860s may help to answer that question. Ecologists have sometimes accused Marx and Marxists of an uncritical attitude towards industrial society. Marxists need to ‘break radically’, according to the French-Brazilian socialist, Michel Löwy, ‘with the ideology of linear progress and with the technological and economic paradigm of modern industrial civilisation’ (Löwy, 2005: 16). Although there are some on the Marxist left who would still agree with Löwy, the belief that Marx offered a powerful and coherent approach to ecology has been gaining ground in recent decades. John Bellamy Foster, a prominent defender of a Marxist inspired ecology, claims that ‘[f]ew involved in ecosocialist discussions today doubt the importance of Marx’s foundational contribution to the ecological critique of capitalism’ (Foster, 2016: 297).

Although there were socialist ecologists in the 1960s and 1970s, it wasn’t until the 1980s, with the work of Marxists such as Ted Benton and Elmar Altvater, and the foundation of the journal Capitalism Nature Socialism, that the idea of a Marxist ecology began to take shape. The charge of ‘productivism’ against Marx was challenged with greater theoretical rigour by John Bellamy Foster’s Marx’s Ecology (2000) and Paul Burkett’s Marx and Nature (1999). More recently, Kohei Saito’s Karl Marx’s Ecosocialism sets out to demonstrate ‘the immanent systemic character of Marx’s ecology, that there is a clear continuity with his critique of political economy’ (Saito, 2017: 12).

We’re familiar with the image of Marx sitting in the library of the British Museum making notes about what he had read and copying text by hand into his notebooks. Most of these notebooks consist almost completely of direct quotes from the books, articles and newspapers that he was reading. They therefore didn’t attract much interest from Marx researchers. The gradual publication of these notebooks in the critical edition of Marx’s works, Marx-Engels-Gesamtausgabe (MEGA) throws light on how Marx worked, his sources of inspiration and new ideas that he was developing.

In the mid-1860s, around the time of the publication of Capital, Vol. 1, Marx began to devote himself to an intense study of natural science, especially in the area of what we now describe as ecology. There was intense interest, in the 19th century, in Europe and North America, in the problem of soil erosion and deforestation and Marx confronted these issues when dealing with large-scale agricultural land and ground rent. He began to study what the scientists of his day had to say and his excerpts and notes formed the notebooks from 1864 to 1868 which have now been published in Marx-Engels-Gesamtausgabe, IV Band 18. The volume contains 820 pages of notes and excerpts with an accompanying (separately bound) 470 pages of information and critical comment. They deal with agricultural chemistry, soil erosion, deforestation, botany, land rent, capitalist agriculture, climate, social relations in the countryside, as well as agrarian relations in pre-capitalist societies and colonialism.

Before the 1860s, Marx has assumed that modern agricultural science would resolve the problem of soil replenishment. But his reading of the German organic chemist, Justus von Liebig (1803-1873), pointed Marx in a more radical direction. Liebig was a professor at the University of Giessen (the university is now named after him) and he is often described as the father of modern agricultural chemistry. Liebig described modern agriculture as Raubbau(robbery agriculture). Food grown on the land was being sent to the big urban centres and nothing was returning to the soil. This led to soil erosion. As a result of reading of Liebig in the early 1860s, Marx wrote in Capital, Vol. 1 that the ‘union of agriculture and industry’ under capitalism ‘disturbs the metabolic interaction between man and the earth’. In a footnote he wrote that one of Liebig’s ‘immortal merits’ was to have developed ‘the destructive side of modern agriculture’ (Marx, 1976: 638).

Marx’s response to Liebig’s critique of capitalist agriculture was to throw himself into the study of everything that was being written by the natural scientists of that time on agriculture and the environment. He wrote to Engels on 13 February 1866: ‘I have been going to the Museum [British Library] in the day-time and writing at night. I had to plough through the new agricultural chemistry in Germany, in particularly Liebig and Schönbein, which is more important than all the economists put together’ (Marx and Engels, 1988: 227).

The German socialist and friend of Marx, Wilhelm Liebknecht, wrote about Marx’s interests during this period:

Especially on the field of natural science, including physics and chemistry, and of history, Marx closely followed every new appearance, verified every progress; and Moleschott, Liebig, Huxley–whose popular lectures we attended conscientiously–were names mentioned in our circle as often as Ricardo, Adam Smith, McCulloch and the Scottish and Irish economists (Liebknecht, 1965: 81).

The unfinished text of Capital, Vol. 3, which Engels would edit and publish after his death, lay on his desk. The Swedish Marxist, Sven-Eric Liedman, whose biography of Marx appeared in English in 2018, wrote that Marx ‘continued reading and taking notes as if he himself were immortal’ (Liedman, 2018: 475)

In the Economic and Philosophical Manuscripts of 1844, Marx wrote that the ‘universality of man manifests itself in practice in the universality which makes the whole of nature his inorganic body’ (Marx, 1975: 328). This relation between humans as a species and the rest of nature was a key part of Marx’s thinking from the beginning. He later used the concept of metabolism (Stoffwechsel) in his analysis of labour. Labour was a process in which man ‘regulates and controls the metabolism between himself and nature’ (Marx, 1976: 283).

The concept of metabolism was used by Liebig and the natural scientists in the 19th century in the context of physiology and biochemistry and it described biochemical processes of exchange, for instance, the chemical interactions between plants and the soil. All living things are part of this metabolism and sometimes this can break down, for instance, when more is taken out of the soil than is returned, or when plants and trees can’t absorb the amount of carbon dioxide that’s being produced. We then have a ‘metabolic rift’.

For Marx, human metabolism with nature was mediated by labour and the production process and was linked to the particular mode of production. He therefore saw this metabolic rift as a specifically capitalist contradiction. In volume 3 of Capital, he states this explicitly:

Another scientist that interested Marx was the botanist and agricultural chemist, Karl Nikolaus Fraas. What was interesting in Fraas’ approach to agriculture was his strong emphasis on the historical effect of agriculture and deforestation on climate and climate change. He researched plant growth in ancient Greece and Rome and concluded that climate change was linked to cultivation and deforestation and that the latter have led historically to the creation of deserts and collapse of civilizations. Fraas wrote in Klima und Pflanzenwelt in der Zeit (Climate and Pland World Over Time):

Humans change the world of nature, on which they depend, in so many ways and to a much greater extent than is commonly realized. In fact, humans are able to change nature to such an extent that it is later completely unable to provide what is needed … There is no hope of changing this. (Fraas, 1847: 59)

Marx was very impressed by Fraas and wrote to Engels on 25 March 1868:

The whole conclusion is that cultivation when it progresses in a primitive way and is not consciously controlled (as a bourgeois of course he does not arrive at this), leaves deserts behind it, Persia, Mesopotamia, etc., Greece. Here again another unconscious socialist tendency! (Marx and Engels, 1988: 558).

Marx’s solution, of course, was neither reliance on scientific solutions nor pessimism about the future but rather an end to the capitalist system and a socialist society in which there is ‘a more rational management of the metabolic interaction by associated producers’ (Marx, 1991: 216).

Directly after Fraas, and probably because Fraas had praised him, Marx read Georg Ludwig von Maurer, a jurist and legal historian. Between 1856 and 1871 he wrote an 11-volume legal history of property rights among the early German people. Maurer defended the theory that among the early Germans there existed a social order in which collective working and collective ownership of the land predominated. The administration of affairs was carried out by communal (mark) organisations. This social system maintained a sustainable agriculture.

Stimulated by Maurer, Marx was interested in the metabolism between humans and nature in pre-capitalist and non-Western societies. Hence his interest in the Russian village commune. In 1870-71, Marx taught himself Russian so he could engage directly in the debates and the research being carried out in Russia on this topic. In 1881, he wrote to Vera Zasulich that societies in Western Europe and North America were,

in conflict with the working masses, with science, and with the very productive forces which it generates,–in short, a crisis that will end with its own elimination, through the return of modern societies to a higher form of the “archaic” type of collective ownership and production (Marx and Engels, 1989: 370).

Marx, by now, was long convinced that ecological crisis could not be fixed by science or modern chemistry but by fundamental changes in the forces and relations of production.

These are just some of the natural scientists and historians that Marx was studying and copying into his notebooks around the time of the publication of Capital, Vol. 1 in 1867 and which are documented in MEGA IV Vol. 18. Some others were the English agriculturalist John Lockhart Morton, the German economist and philosopher Eugen Dühring, the French economist and agricultural historian, Leonce de Lavergne, the American economist Henry Charles Carey and many others.

The publication of Marx’s ecological notebooks will be of great interest to scholars researching this area of Marx’s theory and will certainly demonstrate that Marx himself had more than a passing interest in ecology. He used the concept of metabolism, which he had already developed in his analysis of labour, to analyse and respond to this metabolic rift with the natural world which he came to see as one of the central contradictions of the capitalist system.