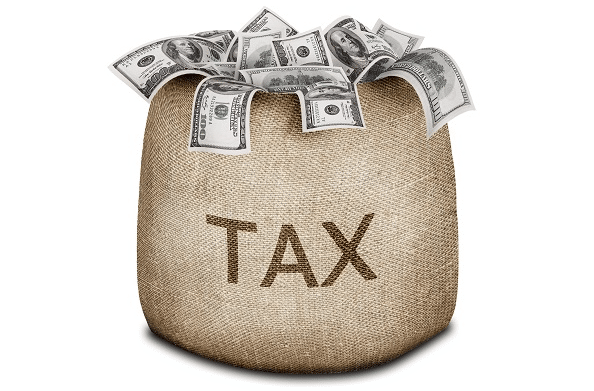 “Marx on tax” is seen as an “empty box” by David Harvey in his latest book on Capital, but Marx and Engels had plenty to say about tax. Their tax theorizing is no anachronistic curiosity but perfectly applicable to the income and wealth inequalities of our own era.

Harvey explains his observation by reminding us of the stillborn project on the state, outlined in the Grundrisse, but he’s not alone among Marxist economists in his view. Münster-based sociology journal Prokla once devoted an entire issue to tax, but with an introductory apology, “For the Left, taxes were only rarely a subject worthy of discussion.” Marxists have steered clear of the subject most obviously because tax is not treated comprehensively in any of the major political-economy texts of Marx and Engels, but is instead covered piecemeal, predominantly in their journalism, occasionally in their letters.

Inequality, in our own era, is very much “worthy of discussion.” Marx makes the case for the inevitability of then prevailing income inequality, based on “the general laws of political economy” of the time, both in the Grundrisse and in the Critique of the Gotha Programme. Engels presents a similar case first in Anti-Dühring and then in his 1885 Preface to the Poverty of Philosophy, where he suggests that while it may well be “unjust” that “the greatest part of the product does not belong to the workers who have produced it … that has nothing immediately to do with economics.” In strong contrast, Marx and Engels are no less definitive that tax inequality can be addressed, and by tax reforms that do not require the advent of communism.

Marx and Engels, from the early 1840s right up until–in Engels’s case–the early 1890s, make a string of prescriptive observations very much of contemporary resonance. They support progressive taxes, both on capital and income, have a strong preference for direct over indirect taxation, and back restrictions on inheritance. The 1880s basis for a land-value tax is challenged, while taxes on financial transactions, though associated with the stock market, whose “immorality and rascality” Engels is happy to denounce, are nonetheless indirect in structure. The management of state finances is critiqued. There is even some tacit endorsement of tax evasion, both personal (by Marx) and corporate (by Engels).

There is also the rare sight of Marx as a campaigning activist, as he and close associate Wilhelm Woolf highlighted regressive taxes, to contrast the lives of peasants and laborers with those of the 1%-ers of their day, through the pages of the Neue Rheinische Zeitung, in 1848-9.

The tax landscape of Marx and Engels is clearly different to our own–thus in 1849, indirect taxes accounted for 40% of the Prussian Royal Finance Ministry total tax take, and direct taxes, only 29%, whereas today in the UK or Germany, indirect taxes are in the minority, with direct taxes generating around two-thirds of the total take.

There are also many scoping issues to be addressed by any Marxists wishing to engage with tax. How far should taxes either negligible in the nineteenth-century or unknown to Marx and Engels be assessed (“profits tax,” or Gewerbesteuer, provided just 3% of the 1849 Prussian tax take)? In the USA, the corporate provisions of federal income tax didn’t emerge until 1909, with capital gains only separately treated from 1921; in the UK, both corporation and capital-gains tax were introduced even later, in 1965.

But Marx and Engels themselves provide a starting point with their main tax priorities. According to the 2018 World Inequality Report, the richest 1% control 22% of Britain’s wealth, up from 15% in 1984. In the USA, the picture is even starker, with the top 1% wealth share already standing at 22% in 1980, but by 2014, rising to 39%. Engels, at a meeting in Elberfeld in February 1845 called for “a general, progressive tax on capital, at a rate rising with the size of the capital.” Thomas Piketty, in 2013, presented as his “ideal policy” a “progressive global tax on capital” that “can be quite steeply progressive on very large fortunes.”

The demand of Marx and Engels, in their 1848 Manifesto (and frequently elsewhere) for a “heavy progressive or graduated income tax” is easily addressable. The highest rate of UK income tax, currently 45% on incomes above £150,000, stood at 83% before Margaret Thatcher was elected prime minister in 1979. In the USA, the top marginal income tax rate was reduced to 70% in 1964 but for 2019, was down at 37%, and then only for single incomes above $510,000.

Marx and Engels consistently prefer direct taxation. But indirect taxes are expected to account for 28% of the UK total tax take in 2018-19. The poorest UK households currently pay twice as much of their disposable income in indirect taxes, a clear driver of net income inequality.

Marx’s call for increased, progressive inheritance tax was tempered in 1869 by the suggestion that the first £50 of inheritance should be tax-free (thus anticipating modern nil-rate bands).  Whether one calculates a present-day value for that £50 with reference to inflation or to “economic power,” the resulting adjusted figures are still a long way below the current UK nil-rate band of £325,000. The OECD in its 2018 report, The Role and Design of Net Wealth Taxes in the OECD, favored the use of inheritance taxes to reduce wealth inequality.

Property tax, in need of reform in many countries, is one tricky item in the Marxist tax universe. Although then UK Chancellor Philip Hammond argued that Labour’s (tentative) support for a land-value tax (LVT) in 2017 would be “attacking land on Marxist principles,” both Marx and Engels were strongly opposed to LVT, as propounded by Henry George in Progress and Poverty, given that “what Henry George demands, leaves the present mode of social production untouched.” But Marx’s observation on The New English Budget in 1857, “now, if taxes are not to be raised by customs and excise duties, they must be directly derived from property and income,” points to some ambivalence in this area.

There is a frequent defeatism about tax reform, whether it involves tax increases or redistribution. The UK and USA of today are, undeniably, more heavily taxed than the UK or Prussia were in the century of Marx and Engels, but are, relatively, not highly taxed. The OECD’s Revenue Statistics 2018 ranked the UK twentieth out of 36 OECD countries in terms of its tax-to-GDP ratio, at 33.3%; the USA was even less heavily taxed, relatively, being ranked thirty-second, with a tax-to-GDP ratio of 27.1% (which would have been 1.3% lower, without the one-off impact of the deemed repatriation tax).

Piketty’s conclusion is that “what concrete form taxes take is … the crux of political conflict in any society.” Tax matters.

David Ireland is an independent researcher based in London.