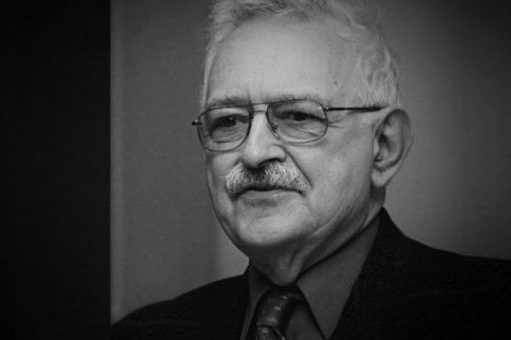 Wallerstein has written dozens of remarkable and outstanding books, and hundreds of influential papers and shrewd commentaries. He was a field scholar, who tirelessly traveled around the world for research and lecturing. Concurrently, he has been dedicated to academic community, and served in a multitude of roles in higher education initiatives, editorial boards, and learned societies, including being elected as President of the International Sociological Association (1994-8). Due to his multifaceted contribution, Professor Wallerstein has earned numerous honorary degree, awards and prestigious fellowships from institutions all over the world.

He was first noticed in the mid-1950’s thanks to his M.A. thesis on McCarthyism as a phenomenon of U.S. political culture. But then he decided to divert his focus away from U.S. and make Africa the venue of his intellectual concerns—which would become the first stage of his lifelong scientific and political journey. In his PhD dissertation he compared the Gold Coast (Ghana) and the Ivory Coast in terms of the role voluntary associations played in the rise of the nationalist movements. Thereafter he has actually became an Africa scholar, analyzing political developments and social issues during the processes of decolonization (see Africa, The Politics of Independence and Unity– 1961, 1967 / 2005).

Looking at his own trajectory of thinking Wallerstein wrote once:

I had the gut feeling in the 1950s that the most important thing that was happening in the twentieth‑century world was the struggle to overcome the control by the Western world of the rest of the world. Today we call this a concern with North‑South relations, or with core‑periphery relations, or with Eurocentrism. It has to be said that, in the 1950s and indeed for a long time thereafter, my assessment of what was most important was not shared by most people, for whom what some called the Cold War between democracy and totalitarianism and others called the struggle between the bourgeoisie and the proletariat (both of these terms being rather narrowly defined) was (and indeed for many, remains) the central defining issue of our time. My quest was therefore not only an upward battle against a wide consensus in the political and scholarly world but against the internalized concepts deriving from this dominant view within my own mind. (2000: xvii).

In the light of these contemplations, in the 1970s Wallerstein embarked on the second phase of his intellectual journey and moved the locus of his work to a perspective he called “World‑systems Analysis“, based on two epistemic and methodological cornerstones. The first is that the determination of “a unit of analysis” is crucial. The modern social science presumed that the state boundaries constitute the boundaries of “societies.” Wallerstein asserted that this was a very misleading assumption that ignored dependencies and interdependencies in the world. Instead, he argued, the only plausible unit of analysis is a “world‑system”, whole interpolity system rather than single national society or delimited politie that implies closure. Secondly, all analyses have to be simultaneously historic and systemic, if they aspire to grapple seriously with the explanation of the reality and social changes. Neither premise was greeted with enthusiasm, when Wallerstein presented them. Especially, though unsurprisingly, such an analytical break was largely misunderstood in the U.S. academia. In retrospect, they became his scholarly trademark and have had the greatest impact.

Wallerstein’s eye-opening and powerful World‑systems Analysis has transformed the way we understand history, capitalism, colonialism, liberalism, social sciences, and also the present turbulent times. It culminated in his four-volume masterpiece The Modern World-System (1974, 1980, 1989 and 2011) and three-volume collection of essays (The Capitalist World-Economy– 1979, The Politics of World-Economy– 1984, Geopolitics and Geoculture– 1991) in which Wallerstein generated a unique body of original and illuminating knowledge linking nations, political economies, ideologies, markets, classes, firms, households, labor, and identity groups. While at the beginning he had difficulties finding a publisher for the first The Modern World-System and his interdisciplinary approach has been denunciated, Wallerstein has become one of those rare academics whose research has been paradigm shifting and inspiring generations of scientists, political activists and social movements.

World-systems analysis“, he once stated, “is not a theory but a protest against neglected issues and deceptive epistemologies… It is an intellectual task that is and has to be a political task as well, because—I insist–the search for the true and the search for the good is but a single quest. If we are to move forward to a world that is substantively rational, in Max Weber’s usage of this term, we can neglect neither the intellectual nor the political challenges. And neither can we separate these from each other. We can only struggle uneasily with both challenges simultaneously, and push forward as best we can. (2000: xxii)

Immanuel Wallerstein’s life and work certainly symbolize an imprinting journey of a genuine and committed Global Public Intellectual.
On July 1st Professor Wallerstein deliberately wrote his ultimate commentary “This is the end; this is the beginning“, concluding it and leaving us with his final reflection:

The world might go down further by-paths. Or it may not. I have indicated in the past that I thought the crucial struggle was a class struggle, using class in a very broadly defined sense. What those who will be alive in the future can do is to struggle with themselves so this change may be a real one. I still think that and therefore I think there is a 50-50 chance that we’ll make it to transformatory change, but only 50-50.

Immanuel Wallerstein’s tremendous erudition, breadth of vision and depth of insight have been constantly enlightening our minds; and his legacy will have been accompanying us in (intellectual) struggles towards that transformatory change.