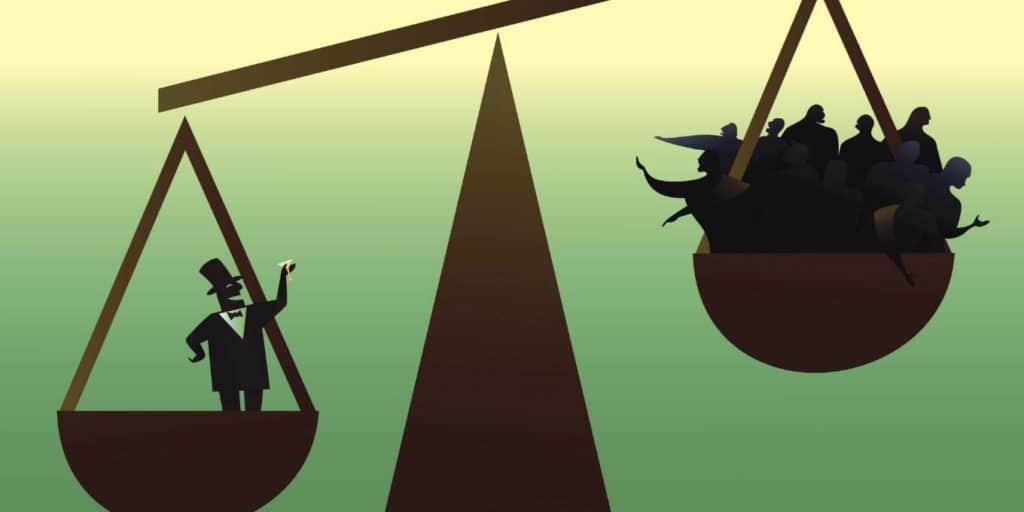 Project Syndicate: In your latest PS commentary, you criticize the International Monetary Fund’s apparent belief in “expansionary austerity.” In the case of Ecuador – where you foresee IMF-imposed austerity leading to a growth slowdown – how could the current loan agreement be improved? Is it simply a matter of extending the timeline for fiscal consolidation, or do you think the IMF should actually be making the opposite demand: fiscal stimulus?

Jayati Ghosh: For Ecuador (and Argentina), two imperatives are abundantly clear: external debt must be restructured, and debt repayment must be enabled through economic growth, rather than wage suppression and fiscal consolidation.

Restructuring requires creditors to accept a haircut. There is nothing unfair about that: reckless lenders should not be protected from the consequences of their own folly. In any case, the interest rates financial markets demand are supposed to take default risks into account. Having taken advantage of higher interest payments from riskier borrowers, they cannot turn around and call for mommy (the IMF) when the risks materialize.

Moreover, experience has shown time and again that debts are most effectively repaid in a context of economic growth. For ailing economies, that requires fiscal stimulus, not fiscal consolidation. It was based on this recognition that, in the early 1950s, German debt was written off and its loan repayments were capped at 3% of export revenues – an approach that enabled its subsequent “economic miracle.” (Ironically, Greece was one of the countries that offered Germany loan forgiveness at that time.)

No country today gets anything close to that level of support from the IMF. Instead, the Fund forces borrowers to implement counterproductive economic policies, in exchange for loans that benefit only creditors. It is bizarre and depressing that global institutions that should know better and countries that have benefited from constructive strategies in the past should now feign ignorance about what is really needed.

Last month, you warned that the hoarding of profits by the rich was coming at the expense of productive investment, raising the risk of economic stagnation, market failures, and even a breakdown of democracy. Yet governments have shown little appetite for counteracting this trend through taxation or regulation. What can be done to spur action on this front? Are there politically palatable first steps that can be taken now to bring about greater change in the future?

Economic policy globally has become heavily distorted in favor of the rich, with governments increasingly beholden to corporate interests, and thus highly resistant to progressive policies. As economies have become increasingly dysfunctional, however, the likelihood that social forces will rise up against the current system is growing. Ultimately, the need for political legitimacy will force change, even if that does not seem likely in the immediate future.

There is some low-hanging fruit that should be easy for progressive forces to pluck, especially with regard to illicit capital flows. A first step could be greater international cooperation on taxation, ideally moving toward a system of unitary taxation for multinational corporations and the plugging of loopholes for tax evasion and avoidance by high net-worth individuals. Governments and citizens alike would win. The only losers would be the ultra-wealthy, and they have not justified lower effective tax rates by investing in more productive activities.

Similarly, people are increasingly recognizing that more stringent environmental regulation is urgently needed. Such regulation must be combined with public investment that drives a shift toward greener forms of production and consumption, and augments job creation.

Five months before the Intergovernmental Panel on Climate Change warned that fundamental changes to food production are needed in order to limit global warming, you condemned Big Food’s unhealthy and unsustainable practices. “The answer to the modern global food problem,” you wrote, is to “loosen the grip of big corporations over production, distribution, and consumption, and give small farmers the room to produce sustainably.” What programs and policies could drive such a transformation, especially given that (unsustainable) meat consumption is rising around the world?

We tend to forget that changes in production and consumption practices did not come about organically; they were engineered by large corporations intent on maximizing their profits. Cutting costs and reducing payments to direct producers, while encouraging unhealthy dietary patterns based on highly processed “convenience foods,” brought major financial benefits.

The consequences are serious, but also reversible. To this end, stronger regulation of food systems is essential, as are proactive government policies. This includes constraints on advertising very unhealthy foods and consumption habits, possible changes to how junk food is priced, and specific strategies for improving, say, school meals.

Public spending on more sustainable agriculture is also needed. This would increase the bargaining power of small farmers, many of whom are willing and able to develop healthier, more sustainable cultivation practices.

In May, you argued that China’s massive trade surpluses are a far bigger problem for Asia’s developing countries than they are for the US. Those surpluses surged after 2011, partly offsetting declining demand for Chinese goods in the advanced economies following the global economic crisis. As US President Donald Trump’s trade war with China continues to escalate, what implications do you see for Asia’s developing economies? How can they protect themselves?

Most countries in developing Asia adopted export-driven growth models to drive their development. This drew them into global value chains in which China serves as a critical link between the developing and advanced economies. But, while they increased exports of primary and intermediate goods to China, they also increased their imports of final goods, including more high-tech products. As a result, their trade deficits with China grew, with India being the most extreme example.

As the US-China trade war intensifies, and as China rebalances its economy toward domestic-demand-driven growth, its imports from developing Asian countries are declining, even as its exports to them remain competitive enough to counteract or suppress domestic industrialization efforts. For countries that wish to industrialize and move up the value chain, trade and industrial policies are the only option. In short, if developing Asian economies are not to be buffeted by intensifying global and regional headwinds, they will have to do what China did: embrace proactive state intervention in the economy.

You have written about how Indian women’s economic contributions are overwhelmingly ignored. What about within the economics profession itself? Are there female economists whose work is being unjustly overlooked nowadays?

The economics profession is clearly male-dominated. (Even Elinor Ostrom, the only woman to receive the Nobel Prize in Economics, was not really viewed as an economist.) But it is also overwhelmingly North Atlantic in terms of its recognized “achievers,” with male economists from the Global South tending to be less celebrated than their Northern counterparts. This problem is compounded by the bias against economists who have been willing to step outside the mainstream in how they approach economic analysis.

All of this makes it extremely difficult for women economists from developing countries to gain wide professional recognition. So, while there are many wonderful and impressive women economists from the Global North whom I could name, I am limiting this list to a few women from developing countries whose work remains hugely relevant, and who should be much more widely read and appreciated today.

Krishna Bharadwaj trained in India, but went on to establish a global reputation. She worked closely with Piero Sraffa in Cambridge; contributed to economic theory and the history of economic thought; and provided still-relevant insights on development. She also founded the influential Centre for Economic Studies and Planning at Jawaharlal Nehru University in New Delhi, where she was also my (erudite, humane, and generous) teacher and, subsequently, my colleague.

Maria da Conceição Tavares, a Brazilian economist, is currently Professor Emerita at the Universidad Federal de Rio de Janeiro and a professor at Campinas University. She was one of the intellectual leaders of Latin American economic structuralism, working with the likes of Celso Furtado. She remains remarkably astute, insightful, and forthright about the state of the Brazilian and global economies, as well as the economics profession.

Pasuk Phongpaichit, a Thai economist, is Professor Emerita at Chulalongkorn University in Bangkok. She has written widely on the Thai economy and politics, on the political economy of corruption, and on the nature of capitalism in developing Asia – always with a strong historical perspective and a nuanced approach. She and her husband Christopher Baker were co-recipients of the 2017 Fukuoka Prize for their outstanding contributions to academia, arts, and culture in Asia.

You have lamented the “inhumanity” of depriving prisoners of reading and writing materials. If you were walled off from the outer world, what book would you absolutely want with you?

It would have to be a book that offered different levels of engagement and thinking. It should also be very long, in case it is all I have to read for an extended period. Based on these requirements, I would choose the Mahabharata, a deeply philosophical Indian epic with countless fascinating plots and subplots. Kaliprasanna Singha’s Bengali translationis lovely.

If another title was allowed, I would add Marcel Proust’s À la recherche du temps perdu(In Search of Lost Time, also known as Remembrance of Things Past) – a multi-volume work that I could read again and again, because of its richness and complexity.

What is the biggest challenge you have had to overcome in your career?

When you are a woman academic, the biggest challenge is to be taken seriously. When I was younger, there was a pronounced tendency for other economists (even some male peers of the same age and seniority) to be somewhat patronizing, and to consider my physical or personal attributes, rather than my intellectual contributions. In wider society, there was also a tendency to assume that any success resulted largely from those personal attributes.

What is the best advice you’ve ever received?

From my father: Never bother about what other people, in general, are saying about you. Consider only the views of those whom you respect – and when they criticize you, listen very carefully.