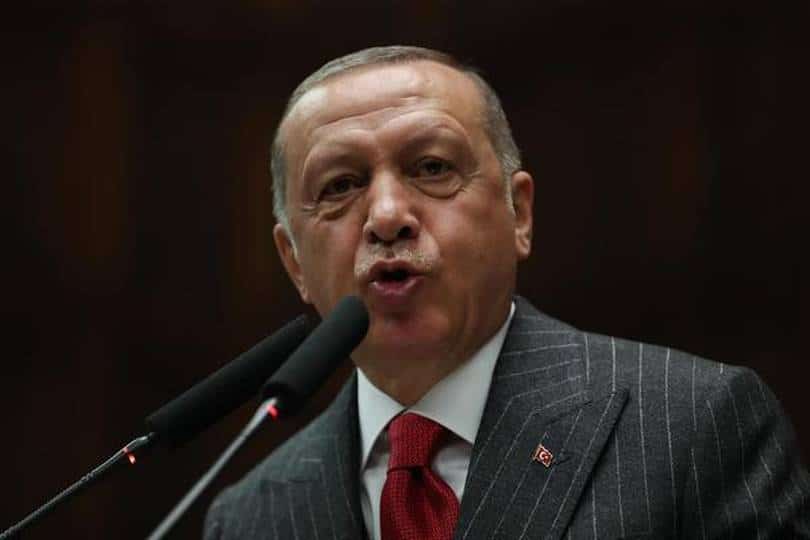 U.S. President Donald Trump told Turkish President Recep Tayyip Erdogan on Sunday, October 6, that the United States troops inside Syria would not defend the Syrian Democratic Forces, which have built an enclave inside Syria along a section of the Turkish border. The Syrian Democratic Forces (SDF) are made up largely of Kurdish factions, who set up this armed force to defend the mainly Kurdish enclave in northern Syria. When the U.S. began its attack on the Islamic State (ISIS), the SDF became the ground forces beneath the U.S. bombers. Now, the U.S. has decided to betray the sacrifice of the SDF.

Turkey has previously threatened to attack the SDF and other Kurdish groups inside Syria east of the River Euphrates. In 2014 and 2015, Turkey signaled that it would invade Syria. In August 2016, the Turkish military crossed the border with U.S. air cover. Erdogan said—at that time—that Turkey was going to attack both ISIS and the Kurdish militia group, People’s Protection Units (YPG). This operation, which was largely around the Syrian town of Jarabulus along the Syria-Turkey border, was known as Operation Euphrates Shield. The 2016 intervention opened the door to two further interventions in northern Idlib (2017) and in Afrin (2018), the last operation with an Orwellian name—Operation Olive Branch. These were targeted attacks and not an all-out war on the SDF and other Syrian forces.

Now, Erdogan’s government is preparing to enter Syria for a major military operation against the SDF. The U.S. forces have already left the observation posts at Tel Abyad and Ras al-Ain—both key places where the U.S. monitored Turkish troops and shielded the SDF from Turkish attacks. That shield has now been removed. U.S. forces remain in the region, but there is every indication that they will remove themselves from the main hubs of the SDF.

The SDF is now vulnerable to the full might of the Turkish army. The political leaders of the SDF say that they would defend their enclave—known as Rojava—“at all costs.” Over the past year, Ilham Ehmed, the co-chair of the Syrian Democratic Council, has warned that Turkey is determined to enter this “safe zone” (or what the U.S. calls a “security mechanism”). Ehmed said—before this recent announcement—that Turkey will invade Rojava, harshly attack the SDF, and re-settle the three million Syrian refugees who are now in Turkey. These refugees are not from the area east of the River Euphrates. Not only will the Turkish government wreck Rojava, but it will ethnically cleanse the area by bringing in large numbers of non-Kurdish Syrians. It is important to recall that the population of Syrian Kurds is around two million. Ehmed has expressed her worry about this attempt to render the Syrian Kurds of Rojava extinct.

What will a Turkish invasion mean for the area?

It is worthwhile to be alarmed by these developments. The United Nations has taken the correct assessment of the situation. The UN’s Humanitarian Coordinator for Syria—Panos Moumtzis—said, “We don’t know what is going to happen.… We are preparing for the worst.” So should the rest of us.