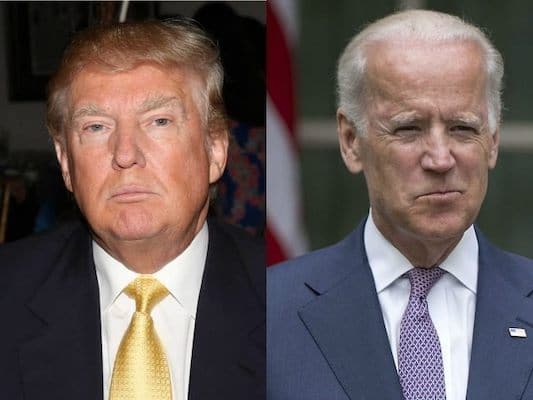 In their crusade to get Trump and distract from their own corruption, the Democrats have moved on from Russiagate to an impeachment inquiry over “Ukrainegate.”

My local Pacifica station, KPFA Radio-Berkeley, has a morning show that’s now broadcasting a regular “Impeachment Watch” report. KPFA’s prime morning hours are typically a bellwether of ever-so-liberal Berkeley and the wider San Francisco Bay Area, and “Impeachment Watch” is no exception. If I listen to it, I don’t have to listen to CNN or MSDNC. Only one of our handful of morning hosts has apologized for pouring Russiagate into our ears day after day for the last two years, despite its belly flop with Robert Mueller’s pathetic Congressional testimony and equally pathetic Mueller Report. To his credit Mitch Jeseritch, host of KPFA’s Letters and Politics, said he felt he should eat some humble pie on the day after Mueller’s testimony.

Now the impeachment frenzy is just as ridiculous and just as likely to backfire. For one, the Bidens’ corruption in Ukraine should be investigated, and for two, Joe Biden, as vice president, is more guilty of extortion than Trump. The country’s top prosecutor was investigating his son Hunter Biden’s corruption, which had netted him millions of dollars, when he intervened. See the Council on Foreign Relations video in which Biden brags about threatening to withhold $1 billion in loan guarantees so as to get the Ukrainian prosecutor fired:

[Biden said], “I remember going over, convincing our team or others to convince the United [States] that we should be providing for loan guarantees. And I went over, I guess the 12th, 13th time, to Kiev, and I was supposed to announce that there was another billion dollar loan guarantee. And I had gotten a commitment from Poroshenko and from, uh, Yatsenyuk, that they would take action against the state prosecutor and they didn’t. So they were walking outa the press conference and I said, ‘Nah, I’m not, we’re not going to give you the billion dollars.’

“They said, ‘You have no authority. You’re not the president. The president said . . .’

Biden’s proudly guilty of extortion to enrich his son and protect him from prosecution in Ukraine, but the Democrats don’t want us to take that as seriously as Trump’s counter extortion in conversation with Ukrainian President Volodymyr Zelensky:

Good because I heard you had a prosecutor who was very good and he was shut down and that’s really unfair. A lot of people are talking about that, the way they shut your very good prosecutor down and you had some very bad people involved. Mr. Giuliani is a highly respected man. He was the mayor of New York City, a great mayor, and I would like him to call you. I will ask him to call you along with the Attorney General. Rudy very much knows what’s happening and he is a very capable guy. If you could speak to him that would be great.

The former ambassador from the United States, the woman, was bad news and the people she was dealing with in the Ukraine were bad news so I just want to let you know that. The other thing, there’s a lot of talk about Biden’s son, that Biden stopped the prosecution and a lot of people want to find out about that so whatever you can do with the Attorney General would be great. Biden went around bragging that he stopped the prosecution so if you can look into it… It sounds horrible to me.

Democrats went after Trump first with the failed Russiagate conspiracy, and “Ukrainegate” will all but surely fail, too. (I will eat some humble fruitcake here in Black Agenda Report if I’m wrong.) Ukrainegate so irks Trump supporters that they become more fanatic than ever. Polls vary, but some report that he’s enjoying his highest approval rating of 2019 . Meanwhile, contributions are pouring into the campaign coffers of South Carolina Senator Lindsey Graham as he prepares to lead the Republicans’ defense of Trump.

The most interesting thing about the transcript of Trump’s phone call with Zelensky is that he reassured Trump that Ukraine is a better partner against Russia than the leading European powers, that it will buy more of Raytheon and Lockheed Martin’s Javelin Anti-Tank Missiles soon, and that it’s buying American oil:

I did talk to Angela Merkel and I did meet with her. I also met and talked with Macron and I told them that they are not doing quite as much as they need to be doing on the issues with the sanctions. They are not enforcing the sanctions. They are not working as much as they should work for Ukraine. It turns out that even though logically, the European Union should be our biggest partner but technically the United States is a much bigger partner than the European Union and I’m very grateful to you for that because the United States is doing quite a lot for Ukraine. Much more than the European Union especially when we are talking about sanctions against the Russian Federation. I would also like to thank you for your great support in the area of defense. We are ready to continue to cooperate for the next steps. Specifically we are almost ready to buy more Javelins from the United States for defense purposes.

Ukraine buys American oil despite being next door to Russia and its 80,000 million barrels of oil reserves, the eighth greatest in the world? This is more evidence that the U.S. acts as a global protection racket, and that’s not exactly news, or rather, it shouldn’t be. KPFA’s prime time would be better spent on a “US Oil and Weapons Sales Watch” than on “Impeachment Watch.”

Even if Trump were impeached, he wouldn’t be convicted by the Senate, and Democrats meanwhile are making him their only campaign issue instead of offering the voters anything real, Bernie Sanders excepted. Sanders has out-fundraised all the rest of the Dem candidates with small citizen contributions, and no corporate contributions, as in 2016. Polls aside, that indicates broad-based support, but it’ll be a miracle if the corrupt DNC lets him win the nomination anyway. They would rather see Trump re-elected than see Sanders elected (even though Sanders is just a New Deal Democrat). Some have even come out and said so.

I recently wrote up a statistical study by Dr. Rodolfo Cortes Barragan and Dr. Axel Geijsel which all but proved fraud at the polls by the Democratic Party favoring Clinton. (Clinton won 65% in states without paper trails, Sanders 35%. Sanders won 51% in states with paper trails, Clinton 49%.) But that’s never dominated the news, never even gotten any coverage I know of apart from Lee Camp’s show on RT, the Black Agenda Report, and the San Francisco Bay View newspaper. The billionaires who own the media don’t want us to know that, be they Democrats or Republicans, because as late BAR Editor Bruce Dixon often said,

The Democrats cheat in the primaries to stop anyone like Sanders. Republicans cheat in the general election because the national demographic is going against them.

Having blatantly stolen both the 2000 and 2004 general elections and possibly the general in 2016, Republicans are in no position to make an issue of Democrats’ cheating in the primaries. And why would they? They don’t want Bernie Sanders running against Trump any more than the Democrats do.

So CNN, MSDNC—and KPFA—will duke it out with Fox News over impeachment for the next year, while temperatures rise, the homeless population grows, the natural world chokes on single use plastic, and the U.S. wages war in at least seven nations while extorting oil and weapons sales out of more.