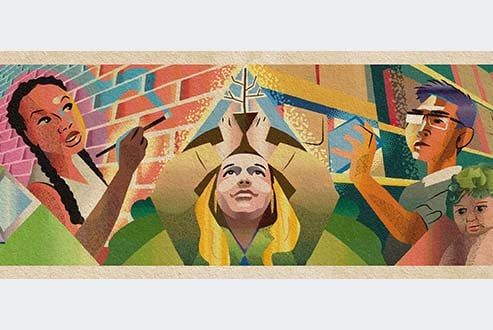 [On the one hand,] giving priority to immediate reforms can lead straight into the mire of capitalist politics where principles have no place and everything has its price. On the other hand, insisting on revolutionary purity can lead to isolation and irrelevance. It seems that what is needed is a program directed toward an intermediate goal which both rejects the existing social order and at the same time is attainable without overthrowing it.

At a time when a mass movement for fundamental structural social change has begun to grow, the choice of focus among the many possible demands for particular needed changes poses a major problem. And today, for the first time since the late sixties, such a movement is recognizably underway in the United States.

As an immediate demand, the growing movement for a Federal guarantee of a decent socially useful job has much to recommend it.  Dissatisfaction with demeaning and exploitative shitjobs is universal among an entire generation. If a guaranteed socially useful job at a liveable wage were available (think of the WPA programs of the New Deal), the cost would be a small fraction of the current military budget, and the jobs on offer from capitalist employers would of necessity pay more and demand less. In that sense, the demand is attainable.

At the same time, as Michał Kalecki set out in one of the twentieth century’s most significant economics articles, “Political Aspects of Full Employment,” the discipline of unemployment is a political necessity for our rulers. As opposed to the centrist and explicitly pro-capitalist  “Universal Basic Income” that would substitute for welfare benefits and serve as a subsidy for low wage employers, full employment is inconsistent with the existing social order.  From our perspective at Monthly Review, the demand for full employment is therefore an exemplary “revolutionary reform.”

And, indeed, in the last two periods when (ultimately unsuccessful) mass movements for fundamental structural social change got underway in the United States, in the thirties and late sixties of the twentieth century, the demand for full employment generated widespread and significant support. This history is usefully set out in Trudy Goldberg’s “Trying Again for Full Employment .”  We are very glad to see the demand raised forcefully once again.

We therefore suggest to our friends and readers that they sign on to the Jobs for All Manifesto, and to spread the word.

At this moment of economic and ecological upheaval, when pervasive economic insecurity and racial exclusion exist alongside concentrated wealth and a sweltering planet, we need a strategy to build an economy that produces economic security and dignity for all.

A Federal Job Guarantee is our way forward

By ensuring every person who wants to work can find a good job meeting vital community needs, a Federal Job Guarantee can be the cornerstone of an inclusive, thriving, and sustainable 21st century economy.

Join us in calling for a Federal Job Guarantee—our path to an economy centered around human value. Show your commitment by signing this manifesto.