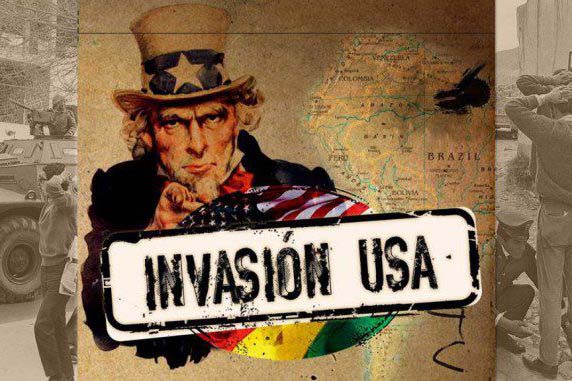 A coup on November 10 removed the socialist government of Bolivian President Evo Morales. The U.S. government made preparations and orchestrated the final stages of the coup. It was in charge. In power for almost 14 years, Morales and Vice President Álvaro García Linera had won elections taking place on October 20. The two leaders would each have been serving a fourth term in office.

Evidence of the U.S. crime appears below. It’s about money, U.S. influence within the Bolivian military, and U.S. control of the Organization of American States (OAS).

The OAS made its conclusions public on November 10, earlier than expected. The OAS couldn’t “validate the results of this election.” It called for “another electoral process [and] new electoral authorities.”  This was the tipping point. Morales convoked another election but shortly thereafter General Kaliman forced him to resign.

The OAS findings were false. Walter Mebane and colleagues at the University of Michigan, having examined voting statistics, indicated that “fraudulent votes in the election were not decisive for the result.” The Washington-based Center for Economic and Policy Research performed its own detailed study and reached the same conclusion.

The OAS served as U.S. handmaiden. Headquartered in Washington, the organization took shape under U.S. auspices in 1948 with the assigned task of protecting Latin America and the Caribbean from Communism. More recently the OAS, under Secretary General Luis Almagro’s guidance, has spearheaded U.S. efforts to expel President Nicolas Maduro’s progressive Venezuelan government.

Paradoxically, Almagro in May 2019 gave Morales the go-ahead for a fourth presidential term. That was despite a referendum having been defeated that would have allowed the extra term. Almago’s intention may have been to lull Morales into cooperating with OAS overview of the election results.

Other signs of U.S. coup preparations

This presentation focuses entirely on the evidence. In a criminal investigation, evidence is central to determining guilt or innocence. Considerations of motive and context are of lesser importance, and we don’t deal with them here. But when and where they are attended to, they would logically fall into categories that include the following:

The evidence is clear. It points to a controlling U.S. hand in this coup d’état. The U.S. government bears heavy responsibility. There were Bolivian instigators, of course, but the U.S. plotters fall within the range of our own political processes. That’s why our accusing finger points at them.

In this instance, the U.S. government, as is its custom, disregarded international law, morality, respect for human life, and common decency. To stifle popular resistance the U.S. government evidently will stop at nothing, other than force in the hands of the people. What kind of force remains to be seen.