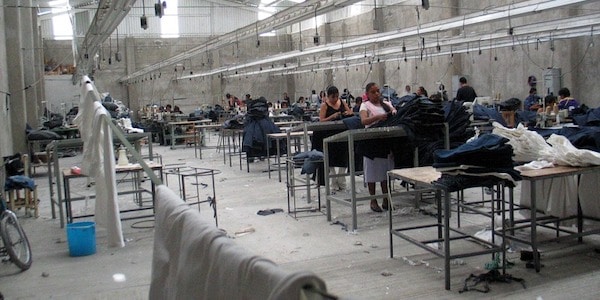 Moving Jobs to Mexico Was a Feature, Not a Bug, of NAFTA 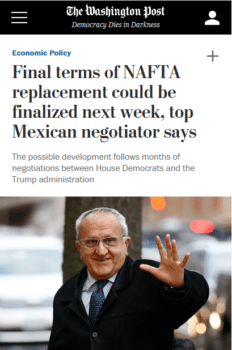 The Washington Post (11/21/19) tells readers that “NAFTA was meant to expand trade…but it also proved disruptive in terms of…relocating businesses and jobs.

The Washington Post (11/21/19) gave readers the official story about NAFTA, diverging seriously from reality, in a piece on the status of negotiations on the new NAFTA. The piece tells readers:

NAFTA was meant to expand trade among the United States, Canada and Mexico by removing tariffs and other barriers on products as they were shipped between countries. The pact did open up trade, but it also proved disruptive in terms of creating new manufacturing supply chains and relocating businesses and jobs.

This implies that the disruption in terms of shifting jobs to Mexico to take advantage of low-wage labor was an accidental outcome. In fact, this was a main point of the deal, as was widely noted by economists at the time. Proponents of the deal argued that it was necessary for US manufacturers to have access to low-cost labor in Mexico to remain competitive internationally. No one who followed the debate at the time should have been in the least surprised by the loss of high-paying, union manufacturing jobs to Mexico; that is exactly the result that NAFTA was designed for.

It is noteworthy that the new deal expands these barriers further. The Trump administration likely intends these provisions to be a model for other trade pacts, just as the rules on patents and copyrights were later put into other trade deals.

The new NAFTA will also make it more difficult for the member countries to regulate Facebook and other internet giants. This is likely to make it easier for Mark Zuckerberg to spread fake news.