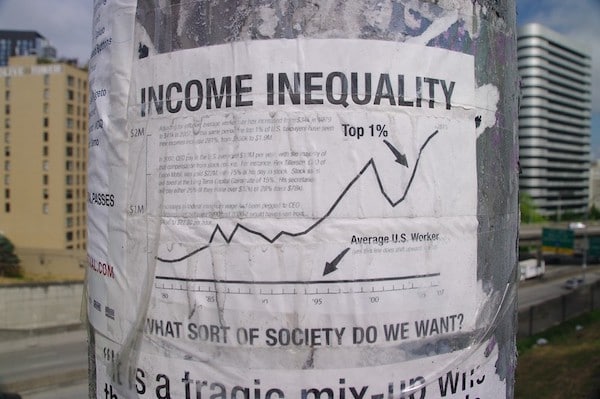 U.S. CEOs not only draw the highest salaries (including bonuses and equity awards, etc.), but they are king of the hill when it comes to lording it over their employees, as illustrated by the high ratio of CEO to worker earnings. 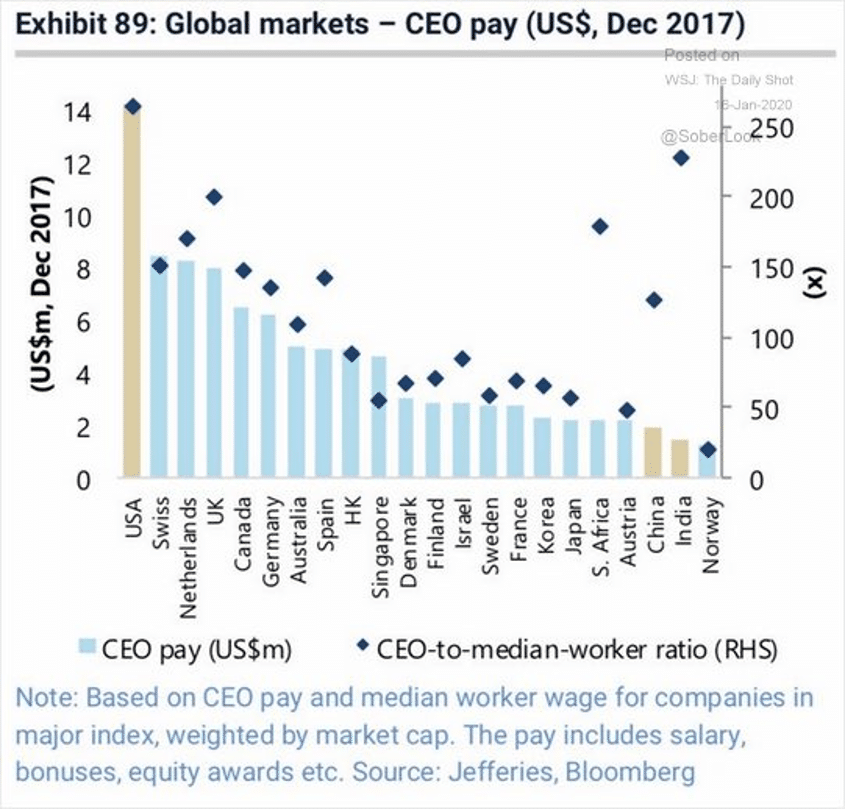 And this record-breaking performance is no one-off. The share of net wealth held by the top 0.1 percent has been steadily climbing and now rivals that of the bottom 90 percent. 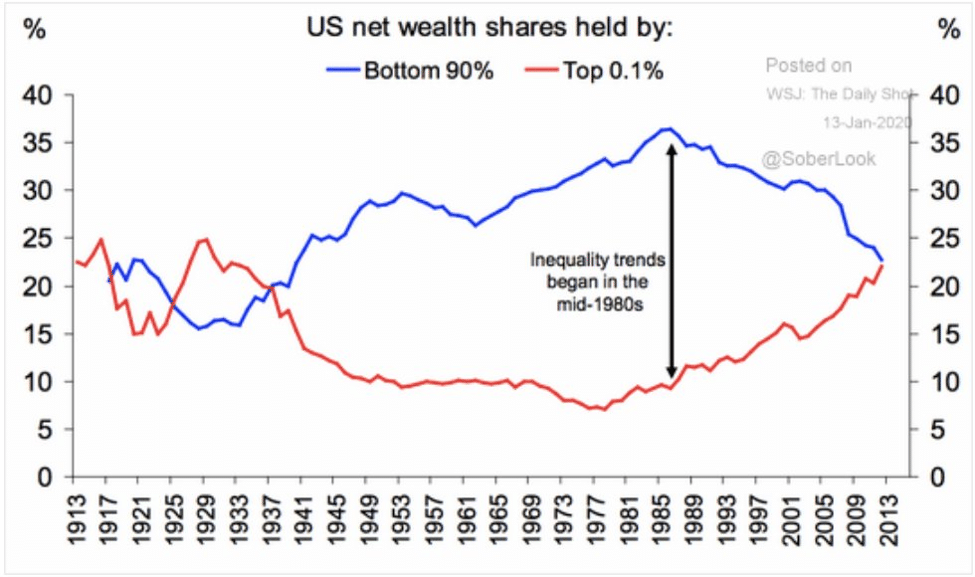 Who cares that wages stagnate, life expectancy falls, economic insecurity grows, social services are gutted in favor of militarism, and climate-generated crises multiply? Not those at the top, who are doing just fine.