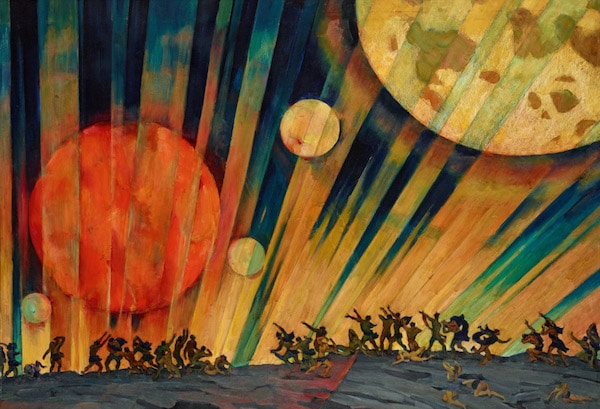 ‘Scientists are wrong’, the Uruguayan writer Eduardo Galeano said with a warm smile on his face. ‘Human beings are not made of atoms; they are made of stories’. It is why we want to sing and draw, tell each other about our lives and our hopes, talk about the wonders in our lives and the wonders that we dream about. These dreams–this art–are what make us get up each day, smile, and go forward into the world. It is so common for human beings, even in the most wretched situation, to find a way to lift the spirit through our own forms of art, as is clear in Brazil’s Jongo traditions and in the ovi songs of agricultural workers in India, whose singers push aside the drudgery of their work in the fields and factories with songs of their lives and of nature–songs of the hot summer, teasing songs from older women about how their young son cannot tolerate the heat,

These songs are stories of everyday life.

And then comes the turbulence.

If you walk through the streets of Santiago (Chile) or Baghdad (Iraq) or Delhi (India), you will find that the walls and streets have become an art gallery, that the protest sites have become a music hall, that libraries have appeared on the streets, that pamphlets and leaflets are being clutched in the hands of the people as they brave the whirlwind. You will find that language cascades out of its strict proportions, that new phrases are coined, that the limits of grammar and of meter are discarded. If you sit for a minute at Shaheen Bagh in Delhi, the translucence of the new culture will grip you and move you and force you to reconsider the stresses and strains of your life. You will sing the poems, to shout out aloud, but not by yourself; that is the majesty of the protest–you will sing in a chorus of strangers who become comrades even if the notes are discordant and the lyrics are unfamiliar. Some of the songs will be older ones, Víctor Jara’s 1971 anthem for Vietnam, El derecho de vivir en paz (‘The Right to Live in Peace’); others will be new songs, chants that become songs. You will welcome the poets, who will come shyly to the stage with their notebooks in their hands and their powerful words tumbling through the hastily erected speakers. These poets will try out their work in public, and then be taken by videographers and editors to clean up their performance, the new videos viral on social media.

Not far from where Aamir Aziz conjured up this poem is Shaheen Bagh, one of the epicentres of the Indian uprising. Here, young artists painted a mural of the women who have been the sentinels of this protest; they are joyous and free, carrying a picture of Dr. B. R. Ambedkar–who comes from an oppressed community and wrote India’s 1950 Constitution–and a line from the Pakistani Communist poet Faiz Ahmed Faiz: ‘We will see. Certainly, we too shall see’. 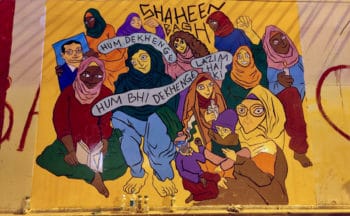 Aamir Aziz’s Everything Will Be Remembered comes out of this unending protest in India against the citizenship act and against a government that is insensitive to the call from the street. 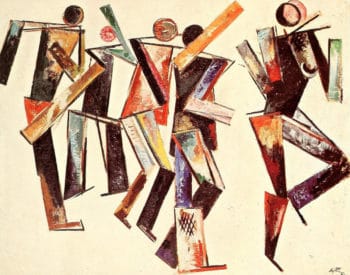 This outpouring of the human spirit is taking place in a time of revolt, when the fetters of propriety are set aside.

This outburst of expression and emotion is far more dramatic in the immediate aftermath of a revolution when the old order is defeated and a new one struggles to be born. It is hard to capture the immensity of feeling in the new Soviet Republic as 1917 slipped into 1918, and as poets and actors, as writers and painters, as designers and philosophers swept aside the old clichés and tried to produce–out of the muck of ages–a new sense of the world. It was as if the clouds had parted and the sun was shining, as if the shoulders that had slumped in the depression of wartime and factory-time could now lift up. The Soviet Republic, in December 1917, passed a decree on popular education to end illiteracy and ignorance in the country. Free education was obligatory, said the decree. The point was not simply to learn to read and write; it was to make art. Every school and college developed, for instance, a photography club and a painting club. Students went to see the great art of the past in museums, and they saw the work of the Soviet artists in galleries. Vladimir Tatlin, the painter and stage designer, dismissed the entire debate that made art stand aside from politics; ‘to accept or not to accept the October Revolution? There was no such question for me. I organically merged into active, creative, social, and pedagogical life’.

Between 28 January and 2 February 2020, our Tricontinental: Institute for Social Research team and the International People’s Assembly held a Meeting on Art and Culture in People’s Struggles in Cuernavaca, México. Thirty-two people came from fifteen countries, most of them militant artists who discussed a range of issues, from broad questions of art and politics to the narrower focus on street theatre in India and graphic arts since the Cuban revolution.

This meeting builds on both the tradition of the art of national liberation and on the urgency of making art out of the popular struggles that now enfold the world. Cuernavaca is in Morelos, the land that produced Emiliano Zapata, who led the Mexican Revolution of 1911 and then–having gained Mexico City–went back to his rural life. This is the land of the ancient pyramids of Tepoztlán; the land of a once vibrant cultural centre that welcomed exiled Latin American and Mexican artists alike, such the communist muralist David Alfaro Siqueiros (1896-1974). His energy manifested itself into the desire amongst those who came to the meeting to build an international network of artists and designers. For more about this network, please be in touch with our lead designer, Tings Chak at tings@thetricontinental.org.

On 21 February, thousands of people around the world will gather in public places for Red Books Day, which emerged from three urgencies:

At these gatherings, from Japan to Chile, people will read the Communist Manifesto in their own languages. It was on 21 February 1848 that Marx and Engels first published this remarkable text, now available in most of the world’s languages.

Ten thousand people across Tamil Nadu in India will read the text in a new Tamil translation, while thousands of people will read it across South America in Portuguese and Spanish. In Johannesburg, at The Commune, the Manifesto will be read in Zulu and Sotho; in Delhi, at May Day, it will be read in Assamese, Bengali, German, Hindi, Marathi, Malayalam, Odiya, Punjabi, Telugu, and Urdu.This is an act of audacity, a stroll into the public space to demand–in these cadaverous times–the right to write revolution in the skies.