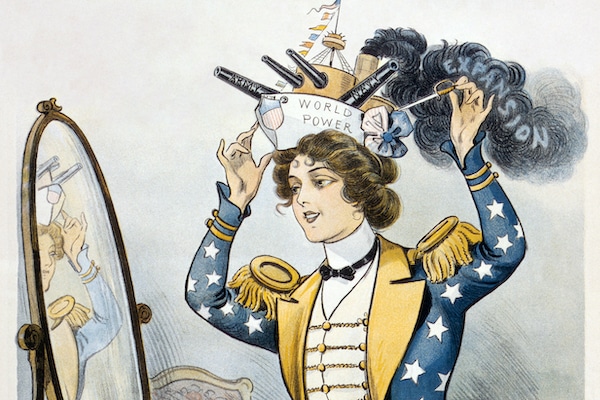 The annual Munich Security Conference that took place February 14-16 this year turned out to be an iconic event, drawing comparison with the one held in the same Bavarian city on February 10, 2007, where in a prophetic speech Russian President Vladimir Putin had criticized the world order characterized by the United States’ global hegemony and its “almost uncontained hyper use of force—military force—in international relations.”

If Putin’s 2007 Munich speech was prescient about an incoming new Cold War and the surge of tensions in Russia’s relations with the West, 13 years later, at the event this year, we witnessed that the transatlantic ties that evolved through the two world wars in the last century and blossomed into a full-fledged alliance system have reached a crossroads.

Deep cracks have appeared in the transatlantic relationship. In an extraordinary opening address, German President Frank-Walter Steinmeier, an éminence grise in European diplomacy, accused Washington of rejecting “the very concept of an international community.”

Steinmeier acknowledged that there is no return to the halcyon days of close transatlantic partnership, as Europe and the U.S. are drifting away from each other. He warned,

If the European project fails, the lessons of German history, but perhaps also European history, will be called into question.

Having said that, Steinmeier did not advocate that Europe could go it alone, either. Rather,

only a Europe that can and wants to protect itself credibly will be able to keep the U.S. in the alliance.

But he regretted that

Europe is no longer as vital to the U.S. as it used to be. We must guard against the illusion that the United States’ dwindling interest in Europe is solely down to the current administration… For we know that this shift began a while ago, and it will continue even after this administration.

The theme of European independence—Europe becoming a sovereign, strategic and political power—was also the leitmotif of a speech by French President Emmanuel Macron who brought a rare dynamism into the European debate, fighting spiritedly for a common European foreign and security policy. The German policymakers have signaled broad agreement with Macron’s idea that Europe must take charge of its own destiny.

In contrast, the U.S. Secretary of State Mike Pompeo had earlier insisted that the talk about the demise of the West is “grossly exaggerated,” and, in fact,

Meanwhile, two subplots that kept appearing in the discussions were, one, the continued relevance of multilateralism in the international system and, two, deep anxiety over the current global security environment.

Steinmeier framed the concerns sharply, saying, “the idea of international community is not outmoded,” adding that

withdrawing into our national shells leads us into a dead end, into a truly dark age.

All in all, these sharp exchanges between the Europeans and some of the American delegation confirmed, more than ever, the weakness and disunity of the West. A Politico report on the Munich Security Conference noted,

One major issue that divided Munich was China. Neither Pompeo nor Defense Secretary Mark Esper left any doubt that Washington considers China to be a nefarious force in the world, representing a significant long-term threat. But that view is not shared by many countries in the EU. The underlying question is what posture the Western alliance should take toward China, which is a fundamental one with far-reaching consequences. Europe is deeply worried about the consequences that spurning Beijing would have on trade and investment.

It became apparent at the conference that there was no acceptance of Pompeo’s plea that China is the new enemy. His cautioning against the involvement of the Chinese tech company Huawei in the upcoming 5G rollout met with stony silence by European allies. The policy toward China could emerge as the biggest transatlantic divide.

Can the West regain its influence? The crux of the matter is that with the decline in material wealth and the decay of moral values, the capacity to influence has shrunk. And the West’s form of economic organization is no longer as appealing as it once was. Also, with the rise of China, rapid development of India, and the resurgence of Russia, a new dynamic of global power is taking shape.

As these and other emerging powers grow in strength, a dispersion of power and influence is bound to accelerate, and the West is unlikely to regain the preponderant influence it wielded in the post-World War II era.

This drain of influence might slow down if only a “new West” led by Europe that combined power and values reached out to powers such as India or Japan to build global alliances. But a major lacuna lies in the United States’ contempt of multilateralism and a rules-based order.

Equally, Washington’s push for trade-offs to advance its unilateral confrontations—be it with Russia and China or Iran and Venezuela—fails to strike a chord with its top Western partners, the majority of whom are averse to any form of confrontation, least of all with Beijing.

“We cannot be the United States’ junior partner,” said Macron, citing recent failures in the West’s policy of defiance. Clearly, internal divisions afflict the West, and it is hard to see how they can be overcome.

At best, coalitions of the willing may appear within and among the Western states on specific issues. But even then, the West can at best slow down its relative decline but nowhere near reverse it.

The heart of the matter is that the economic center of gravity in the world order and the ensuing global power equation is inexorably shifting away from the West, while on the other hand, there is no longer a “West” that is united behind principles, values, and policies.

Witnessing the hell that a migrant can face
Supreme Court ruling hands U.S. Border Patrol a license to kill with impunity