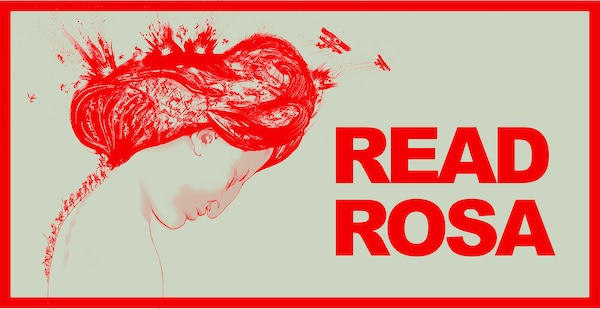 Luxemburg never wavered from the view that class-consciousness is the critical determinant in creating a new society, since, she held, socialism is the first social system that arises from the free, conscious and democratic deliberation of the masses. One of the greatest expressions of this was her response to the 1905 Russian Revolution. Two volumes of The Complete Works of Rosa Luxemburg—Volume Three, published last year and covering her writings on revolution from 1897 to 1905, and Volume Four, currently being prepared for publication and covering 1906 to 1909—deal with the Revolution and its aftermath. Most of the writings appearing in these and other forthcoming volumes of the Complete Works appear in English for the first time.

The following is one of these previously unavailable writings, “Critique in the Workers’ Movement,” originally published in Polish in Czerwony Sztandar, No. 39. January 9, 1906, pp. 1-2. It is translated from the Polish by Joseph Muller. As with so much of her work, it speaks to numerous issues facing us today.

Critique in the Workers’ Movement(1)

Bourgeois revolutions, like those of the eighteenth century, storm swiftly from success to success, their dramatic effects outdo each other, men and things seem to be set in sparkling brilliants, ecstasy is the everyday spirit, but they are short-lived, soon they have attained their zenith, and a long crapulent depression seizes society before it learns soberly to assimilate the results of its storm-and-stress period. On the other hand, proletarian revolutions, like those in the nineteenth century, criticize themselves constantly, interrupt themselves continually in their own course, come back to the apparently accomplished in order to start afresh, deride with unmerciful thoroughness the inadequacies, weaknesses and paltrinesses of their first attempts, seem to throw down their adversary only in order that he may draw new strength from the earth and rise again, more gigantic, before them, and recoil again and again from the indefinite prodigiousness of their own aims, until a situation has been created which makes all turning back impossible, and the conditions themselves cry out: ‘Hic Rhodus, hic salta!’(2)

These words were written by Karl Marx 50 years hence, and today they sound as if they were written for our time.

Proletarian revolutions differ from bourgeois revolutions, first of all, in that they contain working people fighting for their own cause. In this fight they must depend on their own strength, making use of every misstep for future struggle, always learning, always pondering whether the path they are marching down is good, and whether the means they are using will lead to their goal. The working people, which has such an important task to fulfill, does not have the time or opportunity for careful, precise observation of matters for years in advance of the struggle. The greater part of the people will turn out to battle only when the hour is struck, and only during the fight will they make clear to themselves, through the help of the part of the proletariat whom social democracy has already made conscious, the nature of their adversary as well as their own goals.

During the fight, as victims fall all around, as the proletariat bears down on its enemy, it learns, it educates itself. A victorious outcome depends on the degree of that consciousness.

How, then, do members of the proletariat become conscious? They read pamphlets, appeals, and periodicals. They listen to speeches by people who give advice on various things. They must weigh for themselves which of these things is right, for such consideration is the basis for choosing what path to take. Thus, the most important precondition for raising proletarian consciousness within the struggle itself is the exercise of the freedoms of assembly and of the press. That is to say, the proletariat fights for the freedom to gather, discuss its affairs, and through publications printed freely publications learn to know its friends and foes. If the first condition of raising the proletariat’s awareness is that workers wrest from the hands of the government the freedoms of assembly, speech, and the press, then the second is to take full advantage of those freedoms, so that the ranks of fighting workers engage freely in critical discussions. The freedom to speak and publish is one precondition to the attainment of consciousness by the proletariat; the second is that the proletariat not put any restrictions on itself, that it not say, “We can discuss this, but not that.” Conscious workers the world over understand this, and they always try to give even the worst of their enemies the right to freely explain their views. They say, “Let even the enemies of the working people voice their own views, so that we may respond to them, and so the working masses can work out for themselves who is a friend and who a foe.”

The conscious part of the proletariat, Social Democracy, is, with respect to these matters, a guardian of the freedom to speak, discuss, and critique. Only in such crossfire may workers clarify the issues to themselves and develop their opinions. In the current struggle, when such heavy matters weigh on the shoulders of the proletariat of Russia and Poland, discussion is needed all the more, and critique is all the more essential. Social Democracy also labors to demonstrate by examples and models, always and everywhere, its benefit to workers.

The PPS acts quite differently.(3)

Reports by the hundreds from workers’ associations inform us that at gatherings where members of the PPS make up a majority, the voices of members of other parties are absolutely silenced, and where they are instead a minority, they try to shut down discussion by shouting and fighting.

We are not sentimentalists. We would not utter a word in reprobation if strong passions once in a while led to a brawl, or even if the tumultuous character of discussion affected its peaceful unfolding. When fighting about matters the proletarian considers sacred, he becomes passionate, and not having a mind like a machine, he allows his blood to get the better of prudence. But one or two accidents are not what are at stake here; it is the system. The stacks of reports on this matter are not the only proof; the very tactics of the PPS attest to this. Since it came into being, the PPS has shut its eyes, with the obtuseness of a fool and the idiocy of a clown, to the very existence of differences of platforms among Polish socialists, differences that go to the very root problems of our movement. To the PPS, Social Democracy, the first party with a political program that applied scientific socialism to Polish conditions, as recognized by the most eminent representatives of the International, was a pack of troublemakers, schemers, bearers of “dilemmas.”⁴(4)

This was not, however, due only to their lack of a sense of absurdity or their complete ignorance. Within their recalcitrant, bull-headed self-humiliation lay a certain “tactical” intuition.

The PPS went to great lengths never to expose themselves to a discussion with their adversaries before the working masses, making every effort to avoid it, so that the masses would not hear any criticism of their program. Indeed, as such critique only led to factitiousness, then it was lost time. Workers who were members of the PPS were not allowed to bring the publications of other parties into the organization. They were supposed to believe what the PPS said, just as devout Catholics are supposed to believe what the church teaches.

Just as churches expect their “little sheep” to believe in the shepherd’s words and not talk back, so the PPS instills in the masses certain ideas, as articles of belief, using every means in its power to prevent members of the party from encountering the arguments of adversaries, denouncing every difference of opinion in the ranks of their party as disorganization and factitiousness, and attempting to form not a cadre of conscious, critically thinking workers, but a church of believers. They made fanatics of their supporters, enveloping their minds with a cloud of beliefs so dense that no light could shine in. Their work was not to raise workers’ consciousness, but to distort their minds.

We, on the other hand, attempt to provide the publications of the PPS to our organization, because for us it is about the self-reliant building up of proletarian consciousness.

Today, since social democrats make speeches at hundreds of rallies, since the PPS cannot herd its members into secret circles to shelter them from criticism, and since the criticism, likewise, cannot be hidden or kept away from its members, the party attempts either to disallow free discussion or to convince the masses that it is harmful. At a long line of rallies, this is what we have heard from PPS speakers: “Comrades, now is not the time for discussions, nor the time for quarreling, because the battle is upon us.”

We say in response,

Precisely because the battle is upon us, we must discuss it so that its character becomes clear to us.

If anything will bring an end to the political division of the proletariat, it will be discussion, it will be critique.

If the PPS believed it could save its arguments from defeat, it should eagerly volunteer to expose its judgments to the light of critique.

But the PPS knows how weak its position is and will use every chance to escape criticism.

Let us show the masses at every opportunity the necessity for critique and discussion. Let us be an example through our behavior toward our adversaries; let us show, as we have shown up to now, that our words accord with our deeds, and that even in circles of PPS supporters, there is growing discontent for its harmful and immoral activities intended to disallow discussion. In cases where PPS supporters are the majority and, abusing this coincidence, prevent discussion, leave that place, workers, whether peacefully or through firm protest.

When a small group of them attempt to prevent discussion by shouting speakers down, peacefully or firmly point out to the crowd the baseness of such conduct, and compel the offenders to leave the place.