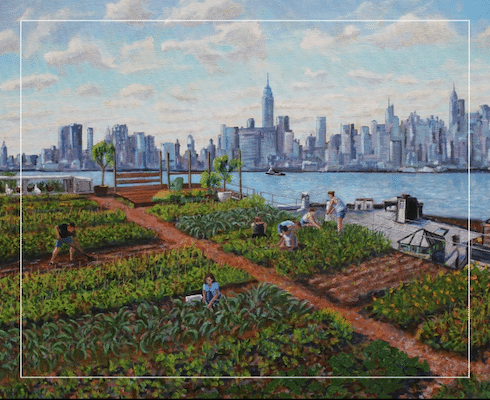 Re-enchanting the World: Feminism and the Politics of the Commons 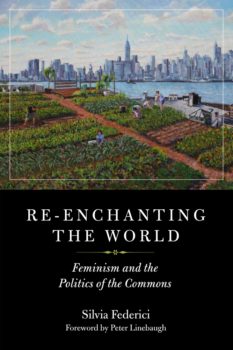 In her recent volume Re-enchanting the World: Feminism and the Politics of the Commons (PM Press, 2019), Silvia Federici fruitfully brings together feminist reflections with discussions of the commons as a possible way of overcoming capitalism. In this blog post, I will introduce the main lines of thinking in this impressive collection of essays.

Federici’s key contribution in this volume is the combination of feminism with the literature around the commons. As she notes right at the beginning, ‘from a feminist viewpoint, one of the attractions exercised by the idea of the commons is the possibility of overcoming the isolation in which reproductive activities are performed and the separation between the private and the public spheres that has contributed so much to hiding and rationalizing women’s exploitation in the family and the home’ (P.4). As is equally clear from this quote, the book is not just analytical, but it is also driven by a strong normative interest in contributing to change beyond capitalism.

Importantly, Federici’s normative interests are based on a clear analysis of the current capitalist system. This includes, first, an understanding that primitive accumulation is an ongoing process. Identified by Marx in Capital, Vol. 1 as the moment when capitalism took off in Britain with peasants being driven off their land to make way for private sheep farming, such processes continue today. Referred to as the new enclosures, she identifies, for example, land grabbing as a clear example in this respect. ‘Land expropriation … is the precondition both for a commercialized agriculture and for a wage-dependent and disciplined proletariat’ (P.36).

Equally, Federici acknowledges, going back to her own work in the 1970s, that capitalism does not only depend on ongoing primitive accumulation, but it has also always relied on unpaid labour often performed by women in the household, i.e. the sphere of social reproduction. ‘Capitalist accumulation is structurally dependent on the free appropriation of immense quantities of labor and resources that must appear as externalities to the market, like the unpaid domestic work that women have provided, upon which employers have relied for the reproduction of the workforce’ (P.105).

What is new, however, is this more recent emphasis on the financialisation of reproduction. With the state having abandoned welfare tasks, ‘an increasing number of people (students, welfare recipients, pensioners) have been forced to borrow from the banks to purchase services (health care, education, pensions) that the state formerly subsidized, so that many reproductive activities have now become immediate sites of capital accumulation’ (P.62).

Despite this rather bleak picture, not all is lost yet and the commons can play a decisive role in overcoming capitalism, Federici asserts. Importantly, commons are not only shared and jointly managed resources, but they are social relations. ‘Commons are constituted on the basis of social cooperation, relations of reciprocity, and responsibility for the reproduction of the shared wealth, natural or produced’ (P.95). They are a way of re-appropriating the wealth people have produced, but is currently owned by either private capital or the state.

Moreover, there is a particular role for women in relation to the commons, Federici argues. As women are mainly responsible for social reproduction work, they have always relied more on access to the commons and have been disproportionately negatively affected by privatisation and austerity. Hence, women can point towards an alternative path based on the commons. ‘Grassroots women’s communalism today leads to the production of a new reality, shapes a collective identity, constitutes a counter power in the home and the community, and opens a process of self-valorisation and self-determination from which there is much that we can learn’ (P.108).

Nevertheless, it is not only women, who can play a leading role in the struggles for expanding the commons. Federici acknowledges correctly the importance of reaching out to indigenous people and support them in their claims to the lands of their ancestors (PP.5 and 78-84). Especially considering the current struggles by the Wet’suwet’en Nation in Canada against the construction of a pipeline on their land (see Canada Lays Bare the Lie it Calls “Reconciliation”, 28/02/2020). Contesting capitalism through a focus on the commons can only work, if fragmentations along gender, race and ethnicity are overcome. Broad alliances including indigenous people are essential in this respect.

At times, Federici may underestimate the structuring conditions of capitalism and the power of capital in oppressing moves towards unifying and expanding existing commons. Nevertheless, this is an important book in the way it points to current initiatives of overcoming capitalism by working from the ground up and drawing on the particular role of women. ‘For reproductive work’, Federici concludes, ‘insofar as it is the material basis of our life and the first terrain on which we can practice our capacity for self-government, is the “ground zero of revolution”’ (P.196). I highly recommend this book for reading!