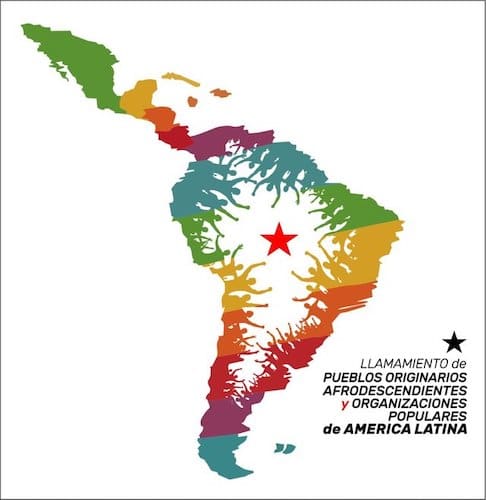 The crisis that COVID-19 has provoked globally presents a crossroads to the peoples of Abya Yala – Latin America. The popular organizations are the first line of resistance against the worst expressions of the decomposing system.

We are going through a complete crisis that threatens life in all its forms. The COVID-19 has become a pandemic at a time when the capitalist crisis is intensifying and economic forces repeatedly try to make the working class bear the onus of restoring the corporate profit rate. This coincides with the weakening of health systems, the deterioration of living conditions and the destruction of the public sector as a result of the neoliberal shift. Asphyxiated by foreign debt, international organisations and the permanent oppression of imperialism against our sovereignty, we are heading for a scenario with very serious consequences.

In an America where we refuse to accept structural adjustment and the imposition of new imperialist policies, and where our peoples have had first hand experience of major popular uprisings in recent months, the pandemic has become a pretext to legitimize the presence of the armed forces on our territories and to implement adjustment measures along with the deterioration of living conditions for the working class. Likewise, this crisis has once again revealed the brutality of patriarchal violence against women and sexual dissidents, as well as the historical exclusion of indigenous peoples and people of African descent, who are forced to face the pandemic in conditions of extreme vulnerability.

In the best tradition of our people, we are organizations representing the people, workers, peasants, indigenous peoples, feminists, Afro-descendants, piqueteras/ros and neighbours. All are putting their bodies, heads and hearts to work out immediate responses, but also to project a way out of this crisis through a path towards a better society instead of returning to capitalist normalcy. This will be possible if we give of our best as peoples. The community ties and the popular, territorial and regional unity that we maintain during this battle will be part of the fabric that will build the horizons of transformation of our Abya Yala America.

In the face of the policy of closing borders and fragmentation, and in the face of xenophobia and neo-fascism proposed from above, we return to the horizon of continental solidarity and the unity of peoples.

Faced with the policies of capitalists aiming to use the crisis as a cover for adjustment, let us intensify and rethink our historical struggles for the defence of territories, life and the socialisation of wealth, let us build popular and community power.

Therefore, we demand from the governments and we call on the people to:

Against the wealth of a few, for the sovereignty of the people!For life! No to the IMF!

While the peoples of Latin America struggle on: