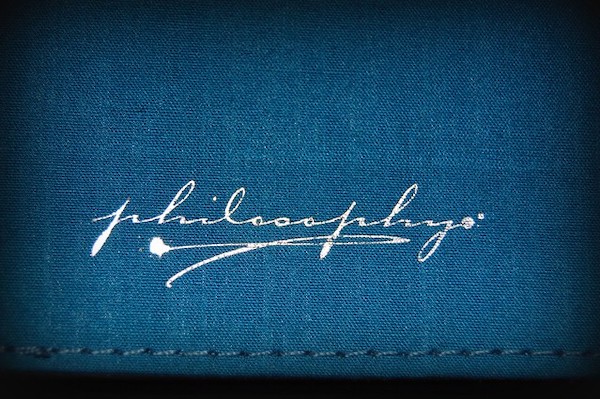 From roughly the 17th century human inquiry about our world assumed an attitude we understand as “scientific” and to demarcate itself from religion or “metaphysics.” By 1867, as works such as Marx’s Capital hit the press, the mainstream perspective on how scientific knowledge is acquired was “positivism” which held that truths or facts about our world are ultimately established by observation.

Marx, in his Preface to Capital, refers to his major publication at the time as the founding work of a new economic science. Yet, beyond brief supporting, and somewhat oblique, remarks in that and subsequent Prefaces to other editions, Marx was not crisply clear about the kind of science his economics is.

Following Marx’s and then Engel’s passing, it would be in the hands of Second International doyen Karl Kautsky, that the very notion of “Marxism,” as a body of thought tracing its lineage to Marx, is brought into existence. Mesmerized by the growing influence of positivism in the early 20th century, Kautsky claimed his new Marxism as an empirical science. Peculiarly, Kautsky argued this on the basis of a few paragraphs in a Preface to a short work, A Contribution to the Critique of Political Economy, Marx had published in 1859. That is, Marxism is an historical science or historical materialism: a master theory of historical directionality foreordaining a socialist historical outcome.  Capital purportedly played a “sub theory” role in historical materialism, according to Kautsky, in proving its “historical laws.”

Notwithstanding a severe economic crisis and war striking the world into the early 20thcentury the fact that no worldwide socialist revolution occurred proved problematic for a theory that had claimed scientificity predicated upon empirical verification of its determinate forecasts.

Paralleling debates wracking the field of Marxist studies into the 1960s, 70s and 80s were debates shaking theories of knowledge and philosophy of science generally. The high point for positivism was its codification in the 1950s as “logical empiricism.” This made a strong case for a “unified” model of science of both natural and social worlds as the business of confirming empirical truths of universal laws set out in theoretical premises. By the 1960s, however, it came under attack from two directions. One, which brought to bear a long tradition of philosophical skepticism, caught it out over issues of potential future observations adducing contrary empirical evidence. A second, zeroed in on the question of theory itself as playing a larger part in observation of “facts” than empiricists let on.

Rabid anti-Marxist philosopher Karl Popper responded to the first problem with his doctrine of holding to universal laws as true until they have been “falsified.” However, Popper’s so far so good conception blurred the initial distinction positivists sought to establish between science and metaphysics. On the other hand, the second question gave renewed life to another long tradition in the history of philosophy–conventionalism. Quite simply, conventionalism balks at notions of universal laws corroborated by observed evidence when it is the case that results of scientific practices like experiment, from which such laws are honed, are actually “created” by us with the instruments and cognitive resources we deploy. This opened floodgates in the theory of knowledge to flights from reality such as postmodernism which extrapolated conventionalism to extremes with views that no “real,” mind-independent world exists from which we can take soundings to assess the truth of our thought schemes in relation to their subject matters. There are only those schemes, paradigms, discourses, and so forth, each generating their own “world.”

At the juncture of Roy Bhaskar’s refounding of critical realism philosophy of science, postmodernism had spread like a virus across academia with its seductive attack on grand theories or “metanarratives.” Neoliberal policies took advantage of the subsequently lowered intellectual immune systems and “identity politics” squabbling to impose its anti-working class “meta” economic model upon global humanity.

Where Bhaskar’s work struck with devastating consequences for degeneration of theories of knowledge toward irrealism was in his compelling argument over philosophy of science imbibing what he dubs the “epistemic fallacy.” Quite simply, what that entails is the belief that in answering the epistemological question of how we know something, the ontological question of what there is to be known is simultaneously answered. For Bhaskar, rather, it is the ontological question and the specific nature of the object of study in the real world which determines the form and scope of its possible science.

Further, Bhaskar argued that the “flat” ontological model of empiricism, which based scientific knowledge on observation, cannot explain how revolutions in science occur. Scientific change across the ages is possible because of an ontological structure of the world and all its furniture that is deep and stratified with causal mechanisms which generate myriad phenomenon we observe. Capturing these causal mechanisms and the scientific laws they designate operates through a process of “retroduction.” Here, scientists puzzled by phenomena both in terms of observation and limits of current theory posit the existence of a deep causal mechanism responsible for those surface manifestations they perceived. Scientific truth is reached when a correspondence is arrived at between the causal structure of the object of knowledge to be explained or defined and the logical structure of the theory that purports to explain or define it.

Armed with Bhaskar’s bringing ontology back in to science it is possible to rethink Marx’s claims for his economic theory in Capital as the founding work of a new science. After all, almost a century following the passing of Marx, work of economic historians such as Karl Polanyi and Robert Heilbroner is referred to for their grasp respectively of marketization “disembedding” economic life from other social practices or markets “creating” an “economic society” from the social fabric. Yet, what precisely causes economic life in the capitalist era to appear to levitate from the social or create a “separate sphere” of society is never explained.

Marx’s brilliance resided in his retroduction of how, with marketization increasingly subsuming human communities, a subset of human activity, the purposive activity of material production in capitalist society, came to manifest unique ontological properties of a discrete generative mechanism marking it off as an emergent strata of the social world. Marx dubbed this generative mechanism capital and argued that its causal property responsible for such unexplained phenomena as commodities and money “taking on a life of their own” is capitalist “reification.” That is, though a socially and historically constituted object, capital objectifies human subjects in their activity of material reproduction tending to wield material reproduction of an entire society as a byproduct of value augmentation or profit making.

With his retroduction of capital the next question Marx faced was that of the kind of science and epistemological resources necessary to expose the truth of this unique ontological object. Again, demonstrating uncanny prescience, Marx turned to the ontological nature of capital for an answer. Because the ontological force of capitalist reification manifested in the tendency of capital toward self-abstraction and self-purification Marx adopted a special purpose cognitive resource–dialectics. The materialist key of the dialectic, for Marx, resided in the material action of capital in its abstracting from the concrete, qualitative heterogeneity of use value life to bring commodities into abstract, quantitative, homogenizing value relations on the capitalist market.

Kuzo Uno accepted Marx’s methodological correctness in deploying dialectical epistemology to “follow” the ontological tendency of capitalist reification. The first problem requiring his resolution, however, was the completion of Capital as a timeless theory of what capital, in its most fundamental incarnation, is. While during Marx’s lifetime it appeared that tendencies of capital to “purify” economic life of non-economic, non-capitalist encumbrances, “battering down all Chinese walls” was proceeding apace, the transformations of the imperialist era which Marx never witnessed thwarted that process, paradoxically, by protecting and generating non-capitalist practices to support capitalism.

Uno thus recognized the necessity of extrapolating the reifying logic of capital to conclusion in a theory of a purely capitalist society which, beginning with the commodity as “cell form” of capital, exposes the deep inner relations among capitalist circulation, production and distribution categories as managed by the law of value, consummating the dialectical circle with capital itself taking the form of a commodity as expressed in the category of interest. Here, capital seeks to disguise its dependence upon the labor and production process of society by presenting as an “asset” magically generating an income stream for its owner.

Thirdly, Uno argued the political economic study of capitalism must be undertaken at three “levels of analysis” where the move from the theory of a purely capitalist society to empirical-historical study of capitalism is mediated by a mid-range, stage theory of capitalist development. As critical realism helps us understand, in science, the causal power of deep generative mechanisms which scientific laws make reference to are always captured in “level abstracted form” drawing upon physical experiment in the natural world and thought experiment, such as the theory of a purely capitalist society, in the social world. The question for science is how to gauge the impact of these laws in “open” systems of reality where these laws no longer operate in “pure” form. Because the causal power of capital, in history, always assumes a specific form of accumulation, Uno claimed that stage theory which captures these world historic forms is a necessary step in probing the debilitating grip of capital’s logic in complex history.

Finally, what the theory of a purely capitalist society confirms is that capitalism is not “just” an alienating, labor exploitative, asymmetric wealth distributive society but an “upside-down”, “alien” one, that reproduces human economic life as a byproduct of value augmentation. For Uno, capitalism is the antithesis of what a human society should be. Because capitalism spawns in the subsumption of use value life by value tending to create a society managed by commodity economic substructure, socialism demands the reinstatement of use value life by superstructures constituted by free associations of free human beings reproducing use value life according to their freely chosen concrete proclivities.

Richard Westra is at the Institute for Political Science, University of Opole.