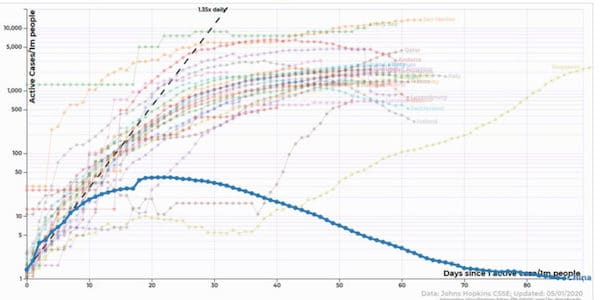 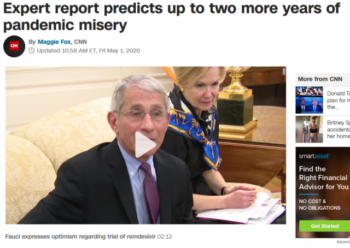 CNN (5/1/20) fails to note that its expert is predicting a seven-figure death toll for the United States.

In a story predicting two more years for the coronavirus pandemic, CNN (5/1/20) quotes Michael Osterholm, who directs the Center for Infectious Disease Research and Policy at the University of Minnesota: “This thing’s not going to stop until it infects 60 to 70% of people,” he said.

The idea that this is going to be done soon defies microbiology.

CNN should note that accepting a 60–70% infection rate means accepting a million deaths or more, assuming a fatality rate of 0.5%—which may be a conservative estimate.

The network should also note that it’s not a law of microbiology that requires that we allow the coronavirus to infect hundreds of millions of people, but a choice made by governments—as the varied results obtained by different countries demonstrate.  Here’s a chart highlighting active cases per capita in China: 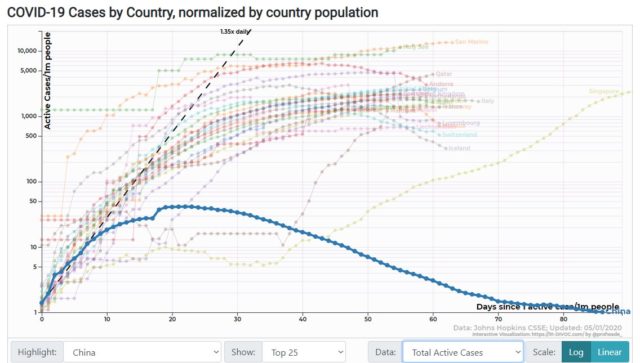 There’s a usually unspoken assumption that the U.S. just can’t do what China did—which was to pursue a strategy based not just on discouraging but on halting transmission of the coronavirus. It can’t be that quarantines are seen as incompatible with democracy; we have quarantines, after all. The idea seems to be that effective quarantines are incompatible with democracy—but that’s not true either, as nations with elected governments like New Zealand and Taiwan have also managed to bring new cases down to near zero.

It may be unlikely that the United States will summon the political will to implement a realistic plan for not just delaying, but stopping COVID-19. But it’s crucial for media reporting on options in the fight against the outbreak to distinguish between can’t and won’t—especially when the other option is letting a million people die.