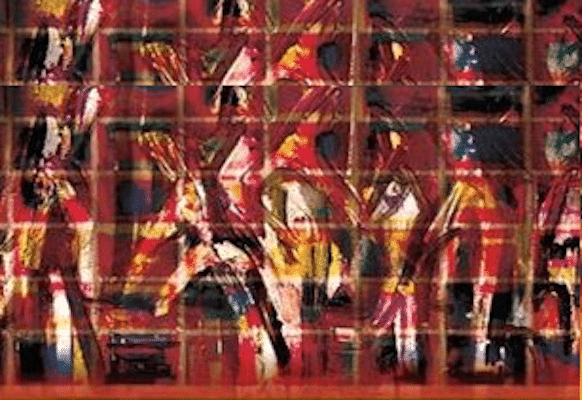 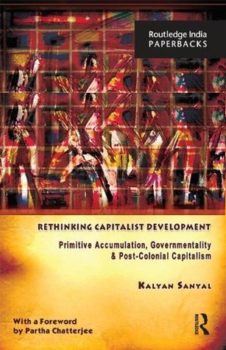 Kalyan Sanyal’s Rethinking Capitalist Development (2007, 2014) is a rare work of political economy for many reasons. It is written by an economist, but it’s so interdisciplinary that you won’t be able to tell. It is an attempt to theorize capitalism in the postcolonial context from the inside-out rather than outside-in, i.e. with no reference to an ideal type. It refuses to sit neatly in theoretical boundaries–it is not entirely Marxist, not entirely Postmarxist, not entirely neo-Gramscian, not entirely Foucauldian, but a strange concoction of all. Perhaps the only thing that is not rare is that like most interesting and influential works that emerge from the Global South, it too has been largely ignored in the academic circles of the Global North, especially in Economics.

The Accumulation Economy and the Becoming of Capital

Sanyal’s main argument is that capitalism in the postcolonial context is a dialectic (a ‘structural unity’) between what he terms the accumulation economy and the need economy, between capital and non-capital. Primitive accumulation is the separation of labor from the means of labor, and is a process characterizing the becoming of capital. Once capital is in its being, it is a global dominant order and does not have to rely on an external (pre- or non-capital) for its existence and expansion. Postcolonial capital is different because it is limited. This means that primitive accumulation does occur, labor is separated from the means of labor, but not all find a place as proletariat employed in the production of surplus value.

This labor is different from the reserve army proper because they have not been dispelled by the concentration of capital or rising labor productivity. These are labor who have been made doubly free through primitive accumulation and have not been absorbed by capitalist development in the first place. They have never had the opportunity to become the ‘worker class’. Sanyal refers to them as occupying a ‘wasteland’ on the outskirts of capitalist centers, often embodied as migrants.

The need economy is different from what is traditionally understood at pre-capitalist commodity production because it is not historically prior to capital but emerges from the very process of capitalist development, from primitive accumulation (and its reversal). It is a commodified space–the accumulation and the need economy interact in the market. It consists of the production of exchange value with the purpose of acquiring a required consumption basket through the mediation of the market.

The producers in the need economy are doubly free; they acquire means of production through the mediation of the market. The circuit of non-capital is M–C–C’–M’; where M’-M is spent on consumption. The producers of the need economy are different from capitalists because they produce for consumption, and from petty commodity producers by virtue of being entirely separated from means of production.

The forms of labor in this circuit may vary from “pure self employment, family labor, communal labor, or even wage labor” (Sanyal 2014, p. 212). There is surplus in the need economy, but this surplus is geared towards greater future consumption through increased productive investments. The motive of production and accumulation is (augmented) consumption, not accumulation.

The formal-informal sector duality is thus a result of the process of capitalist development through primitive accumulation (and its reversal). The informal sector is not an external other but an internal dual that is constantly reproduced and encroached upon by the formal. “Underdevelopment is the product of development rather than its initial condition” (Sanyal 2014, p. 206). Sanyal recognizes his debt to Andre Gunder Frank and the Dependency and World Systems theories for this formulation, despite the differences in these theories.

What makes Sanyal’s work striking is that he tries to explain capitalist development in the Global South without recourse to transition. He rejects the idea that the capitalism of the West is capitalism proper and that the West shows a ‘mirror’ to the future of the Global South. In essence, he characterizes the non-capitalist sector in a way that does not render it a transitory phase, a blip in the transition to capitalism proper. Instead, much like Gunder Frank (1966), Sanyal posits that what we see in the postcolonial context is what capitalism looks like and will continue to look like. This is it.

Among the most interesting aspects of Sanyal’s work, especially for this platform, is his treatment of Development (both its theory and practice). In Sanyal’s formulation, all developmental activity done by the postcolonial State in the name of planning is in fact primitive accumulation. Moreover, by the conflation of development and capitalist accumulation, this primitive accumulation occurred in politically neutral terms carried out by experts. Sanyal notes that the real power of the development discourse (the works of Lewis, Rosenstein-Rodan, Nurske, Rostow) came not from the legitimacy of the postcolonial State (which may be a democracy or a dictatorship) but from the truth effects of this discourse (this is where Sanyal goes full Foucault).

Sanyal argues that both global capital (with the aid of WTO, IMF et al) and postcolonial capital engage in primitive accumulation by encroaching on non-capital in the Global South; this is an ongoing process. When it became clear by the 1970s that the Global South will not transition to capitalism proper and capitalist development instead creates a ‘wasteland’, both global and post colonial capital began to engage in a reversal of primitive accumulation through developmentalist intervention. This is evident in the turn of development theories from structural transformation to poverty alleviation, best represented by Sen’s Development: Which Way Now (1983).

The biggest significance of Sanyal’s work is clearly political however, and he spends some ink on this in his final chapter. The Global South comprises not of the clear division between capital and labor but of capital and non-capital. And the politics of the need and accumulation economies may not be cohesive. In particular Sanyal rejects the usefulness of a strict capitalist-worker divide in the politics of the need economy; instead he positions it against the expansionary thrust of the global accumulation economy which threatens to destroy the need economy through primitive accumulation. Sanyal finds expression of this politics in the anti-globalization protests in the past two decades which are against loss of environment, against dispossession, and against loss of livelihood. This is a politics of ‘exclusion and resistance’.

Like most academic works, Sanyal’s work leaves some questions unanswered because of its starting premise. One such question is about postcolonial capital, which Sanyal takes to be limited, which means that a number of those dispossessed of their means of labor will not find a place in the ‘worker class’. A crucial question here is why postcolonial capital is limited in the first place. The bourgeois democratic limitations of the Indian state which did not allow outright primitive accumulation were not a constraint for many other postcolonial states. Why then can postcolonial capital not expand till it absorbs the entirety of labor released from non-capital, and then displace them through a rising organic composition of capital? Maybe the answer has something to do with how capital emerged in the West and evolved over time, creating the conditions for its spread (/emergence?) in the Global South.

A related question is about Sanyal’s understanding of capitalism itself. Sanyal posits postcolonial capitalism to be a dialectic between capital and non-capital, a structural unity in which capital is dominant. The two economies interact through the realm of the market. Sanyal is essentially equating capitalism with the realm of markets (“the network of commodity relations and the circuits of money”) in which the need and the accumulation economy inhabit (Sanyal 2014, pp. 216-219). In this sense, despite his critique of it, he uses the same meaning of capitalism as that used by the dominant discourse. This view has been critiqued by various scholars such as Ellen Wood (2002).

There are also questions to be raised about the formulation of the need economy itself. As Sanyal fleshes out the circuit of non-capital, it becomes evident that the need and accumulation economy cannot be differentiated on the basis of forms of labor or existence (and even use) of surplus. The dividing line between the need and the accumulation economy is the logic of production–meeting consumption needs in one (which may be expanding), and relentless accumulation and expansion in the other. The line is a thin one and not easy to observe, and there is nothing to say that subjects in one are not transformed into the other.

Many scholars have interacted with Sanyal’s work and critiqued it; Pranab Bardhan (2015) for example questions Sanyal’s premise of primitive accumulation by dispossession and of limited transition, though his counterexamples of Korea and Taiwan can be questioned for their replicability (Chibber 2003). Bardhan’s other example of successful transition is China, and that of course is a whole other debate. Bardhan also makes the point that there are greater economic links between the need and the accumulation economy than Sanyal concedes, and with this point I fully agree.

In all, Sanyal’s work is engaging, remarkable in its cross-disciplinarity, and fresh. Though its influence has been concentrated in Indian academia, I urge my colleagues elsewhere to give it a read. It will definitely make you think.

Srishti Yadav is a PhD scholar and Teaching Fellow at the Economics department, New School for Social Research. Her doctoral dissertation is on the political economy of agrarian change in the Global South.