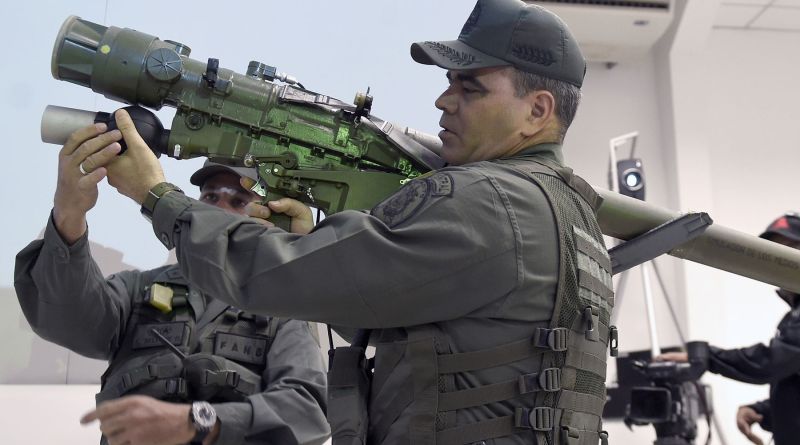 This was announced by the Minister for Defense, Vladimir Padrino López, this Wednesday. “We have established contact with the Minister of Defense of Iran. All these ships, when they enter our exclusive economic zone (370Km), will be escorted by ships and planes of the Bolivarian National Armed Forces (FANB), to welcome them and say to the Iranian people: thank you for so much solidarity and cooperation!” Minister Padrino López said during the inauguration of the Textile Center of the Bolivarian Army, in Fuerte Tiuna.

Iran has sent five tankers with fuel (gasoline) to Venezuela, according to international media reports. “La Tabla” news website reports that the ships, called Clave, Fortune, Forest, Petunia and Faxon, come from the port of Bandar Abbas, Iran. Although there is no official information on the amount of gasoline they bring, La Tabla states that the 5 tankers have a capacity of 175 thousand metric tons, equivalent to 1 million 487 thousand 500 barrels. They are all currently in the Atlantic Ocean, but their location is not public for security reasons.

Minister Padrino reiterated that the countries of the world have the guaranteed right to freely trade among themselves, “always under the principles of respect, mutual recognition. Nothing about ducking your head or letting yourself impose tutelage. We are carving out the future and the path is independence, freedom and sovereignty,” he said referring to U.S. threats to prevent Venezuela from receiving humanitarian aid, food and gasoline, among others, using U.S. warships to threaten countries doing legitimate and legal trade with Venezuela under the disguise of fighting drug trafficking.

“If the Islamic Republic brings it, a country with which we have cooperation in various areas, we will receive that humanitarian aid just as we have received it from Russia, China and other parts of the world. It’s welcome solidarity,” said the minister, who noted that Venezuela and Iran are allied nations in peace and international diplomacy, fully sovereign and independent.

In 2009 Venezuela also exported gasoline to Iran during the government of President Hugo Chavez and, as a response, the U.S. initiated U.S. sanctions against PDVSA, the Venezuelan oil company.