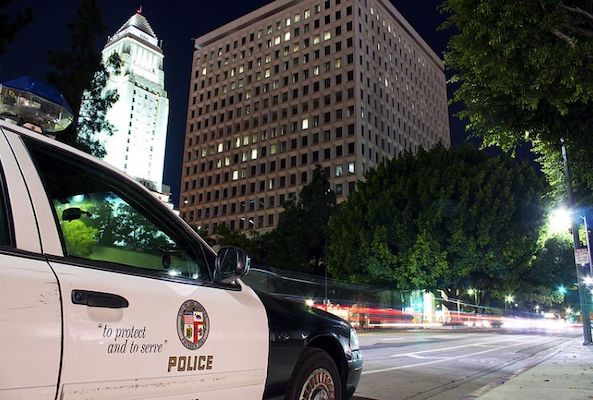 There is a distressing disconnect between the ringing demands for justice on the streets and the suite of “police reform” proposals that many experts say satisfy these demands. Protesters and social movements talk about divesting from policing and investing in black communities. They talk about ensuring that “the most impacted in our communities need to control the laws, institutions, and policies that are meant to serve us,” as the Movement for Black Lives stated in its list of demands this week. The call is for stability, resources, control. The call is for power.

On the other hand, expert explications of the gold standard methods of “reforming police departments” focus on how to increase the efficiency and decrease the harmfulness of existing police forces. They emphasize measurable “success” in police reform: either instrumentally focusing on the “costs” and “benefits” of particular police tactics or seeking out “legitimacy” and cooperation between law enforcement and communities.

One notable example of attempting to put this technocratic sensibility into practice is the “8 Can’t Wait” campaign for “research-based” reforms to police department rules, which over the weekend has drawn heavy criticism from movements on the ground. The critical response to the campaign was swift, and not just with regard to the underlying statistical analysis, which took quite a beating. Activists who have been working for years to dream up more transformational approaches leveled a different charge: a failure of imagination. Three longstanding grassroots groups in Los Angeles—LA CAN, Black Lives Matter LA, and Stop LAPD Spying—issued a letter condemning the eight “cosmetic” suggestions in contrast to larger visions of transformation. Abolitionist lawyer and activist Derecka Purnell created a petition, signed by hundreds, that chastised the #8cantwait proposals for failing to engage with the ideas developed over many years by groups like Dignity and Power Now, the Black Youth Project, and so many others. By the end of the weekend, specific countervisions emerged, such as the comprehensive “8 to Abolition.”

As this example testifies, living up to the demands of the moment requires looking beyond technocratic fixes and reckoning with more transformational possibilities. It requires listening to the longstanding call from movements for more power over policing, more investment in their communities—not just to defund the police but, in the words of Families for Justice as Healing and other Black- and women-led groups in Boston last week, to defund racism itself. Although it is easy to dismiss these differences as a clean split between abolition and reform, the reality is not quite so facile.

To see how technocratic sensibilities differ from movement-based calls for power-shifting, consider the two main approaches to police reform.

The first is to focus on instrumental reforms designed to lead to specific outcomes traditionally associated with policing success—for example, a reduction in reports of “crime” or a reduction in police use of excessive force. In doing so, these reformers reflect police departments’ own history of data-driven reform. Beginning in the 1990s departments themselves increasingly measured their own “success” through programs such as CompStat, developed by Bill Bratton, head of the NYPD under Rudy Giuliani, to measure and analyze reports of crime (Bratton was re-appointed by Bill de Blasio). In recent years, police reformers have lobbied to incorporate measurements not just of the successes, but of the failures—the harms—of policing. For example, they have sought to measure things for which there has historically been a dearth of data: police killings and police use of excessive force. By putting these numbers alongside the seeming “benefits” of policing, they have encouraged cost-benefit analysis and sought out ideal ways for police to approach crime control while minimizing now-recognized harms of racial disparities and police brutality.

An alternative approach of elite-driven police reform is increasing “legitimacy,” or to use Tracey Meares’s term, “rightfulness.” This focus relies on a body of social science research that demonstrates that when people perceive police as legitimate, they are more likely to comply with the law, cooperate with the police, and support their police departments. Legitimacy-focused reforms promote “procedural justice,” in which police departments focus on building positive relationships with communities, engaging in practices that build trust both within police departments and with the public, and publicly recognizing past communal harms. Legitimacy, too, has been operationalized into metrics. A 2019 report by leading scholars encourages police departments to “measure what matters” by shifting away from the traditional CompStat analysis and toward what they term “CompStat for Justice,” which combines reports of crime and violence with reports about police use of force and results of community surveys and enables police departments to measure “fairness” at the neighborhood level.

What are we to make of these approaches? Although aiming to minimize police violence is of course a laudable goal, it is hard not to feel that these instrumental and legitimacy approaches to reform ring hollow amid the fury and devastation of the current moment. Dressed as if they are defusing bombs rather than interacting with people, meting out casual brutality that would beggar belief were it not commonplace, police officers are making clear: they will meet the least criticism with force and with riot unless and until power is taken from them.

Indeed, before the murder of George Floyd, Minneapolis had already been given the full spa treatment of police reform: new use-of-force standards, implicit bias training, de-escalation training, diversity of police leadership, body cameras, community policing. Insider accounts indicate that many Minneapolis police officers viewed their new training with hostility (and profanity). Officers like these and many others have shown they do not want to get along with the community, they want to dominate the community; they view control and domination as their job. And so it is that Black Visions Collective and Reclaim the Block, two grassroots organizations that have been calling on Minneapolis City Council to divest from their police department since 2018, scored a historic victory yesterday when a majority of City Council committed publicly to disbanding the police department and “creating a new transformative model for cultivating safety in our city.”

In short, it’s past time to think beyond these now standard approaches to reform. We should instead heed the calls from social movements for actual power over policing and over the state’s understandings of its obligation to keep people safe. Movement demands are not uniform, of course, and disagreements have emerged, for instance with regard to the “8 Can’t Wait” debate. But rising above the din is a larger call: to quote a member of Dream Defenders in Miami, for nothing less than “power, transformation, miracles.”

Power-shifting in police reform can be measured, if measurement must be on the agenda. Sociologists have measured power dynamics in police reform in studies old and new. Fellow legal scholar and Demos president Sabeel Rahman and I have also suggested dimensions along which to analyze whether particular governance arrangements have the potential to shift power. There might therefore be ways to measure and track whether there has been any power handed to the people who live in neighborhoods where street-level policing is concentrated. There is “Compstat” for crime reduction, and there is “CompStat for Justice” for legitimacy; perhaps, if necessary, there may also be a way to develop Compstat for Power—or rather, to bring the measurement of power into the larger calculus used to evaluate the success of reform efforts. This is the sort of analysis that abolitionist organizers have long engaged in, whether it is Mariame Kaba’s now seminal statement of abolitionist rules for police reform or the widely circulated chart with similar themes from the collective Critical Resistance.

At the same time, a focus on power calls into question traditional assumptions about the need to conduct precise measurements of the success of various reform efforts. The legal scholar Bernard Harcourt has argued that measuring costs and benefits within the criminal legal system is itself an anti-democratic process, unless and until we can open it up to first order questions about what it is we want the state to do when we ask it to provide safety and security. Social movement demands to shift power away from the police and toward the people implicates this political question as a preliminary matter, requiring an analyst to stake a step back and ask how and why we have decided to prioritize the provision of “safety” through the police at all, let along through traditional policing methods and metrics.

The reforms proposed by abolitionist movements—including community control, divesting from police, and investing in less violent ways of promoting community safety and well being—cannot be seriously considered without undertaking this sort of deeper reassessment. The power-shifting these movements call for involves a more inclusive vision of the possible ways that the state can promote public safety, a view that takes into account voices and ideas that have traditionally been excluded from public discourse. For years grassroots groups like the Ella Baker Center for Human Rights in Oakland have been telling us that they feel safer without a high police presence, when they are given the ability to take care of each other. Just do a search for the hashtag #SafetyIs on Twitter and you will find years of inspirational artwork and ideas of how people conceive of safety in their neighborhoods, largely free from the police. Imagine if these imaginations were allowed to guide our visions for reform. Imagine if these were our “experts.”

When called upon to hold forth on the way out of current crisis, then, perhaps technocrats—including law professors like myself—should pause and ask what it is that we want to reform in the first place. This scholarly stance aligns, among other things, with the new paradigm of the Law and Political Economy Framework: focusing on the way that power flows through our legal and political structures; rejecting the cover of cost-benefit assessment; pushing for legal formations that give marginalized groups the resources and freedom to take part in their own self-governance. Our job right now might be to put aside our measurement devices and listen to the calls from movement actors as they ask us to recalibrate our understandings of justice, safety, and power.

Editors’ Note: This piece is adapted from the author’s forthcoming contribution to the Law and Political Economy blog.