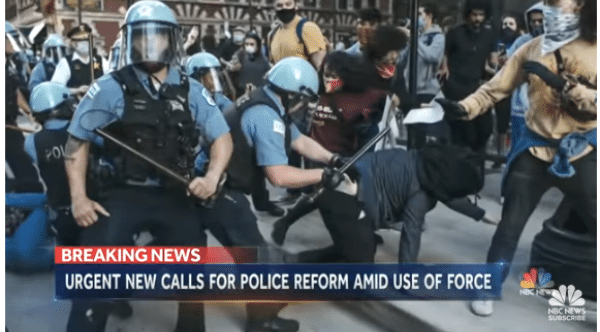 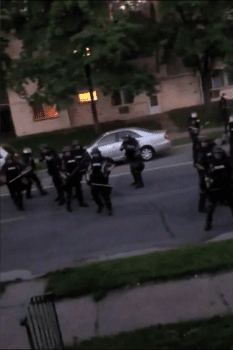 What NBC (5/31/20) described as “more aggressive tactics” included firing paint ball rounds at residents as they stood on their porches.

“An Agitated Trump Encourages Governors to Use Aggressive Tactics on Protesters” (CNN, 6/1/20)

“Despite Curfews and Heavy Police Presence, Protests Persist Across the Country” (NPR, 6/2/20)

“While Tensions Between Police and Protesters Boiled Over in Some Cities, Other Officers Joined the Movement” (CNN, 6/1/20)

“’Rush the Crowd’: Protesters Clash With Officers at End of Peaceful Rally” (WDJT, 6/4/20)

“Clash Between Police and Protesters in Brockton Brings Out Fireworks and Tear Gas” (WBTS, 6/2/20)