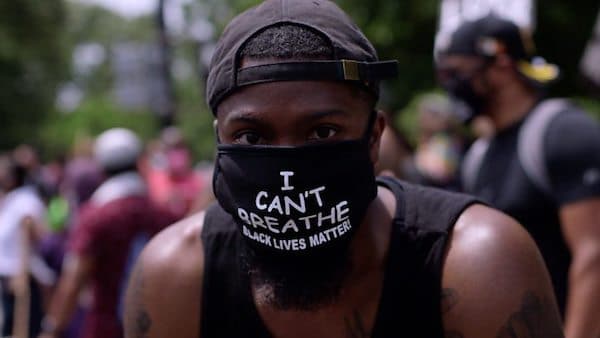 Statement of Support for Black Lives Matter and Defund the Police

Between 1963 and 1972, there were more than 750 Black-led urban revolts in the United States in 525 cities. How did sociologists react? A number of prominent scholars dismissed these uprisings as irrational, violent outbursts, going so far as to exclude all “collective acts of violence” from protest datasets.

This reactionary position within social movement scholarship contributed to the mythology of the Civil Rights Movement as purely nonviolent, stripping political agency from the tens of thousands of Black working-class people taking to the streets across the country. Their actions, sociologists insisted, were not “political.”

Sociologists cannot make this mistake again. As Black-led revolts have emerged in all fifty states in response to the murder of George Floyd by the Minneapolis Police Department, it is our responsibility to use whatever institutional legitimacy we may have as academics to bolster the image of these struggles.

For decades, Black Americans organized peacefully to demand an end to police brutality. They were mocked, dismissed, ignored, and ever so occasionally, concessions were made in the form of ineffective reforms.

Chokeholds were already banned in New York City when the cops murdered Eric Garner. More body cameras won’t do a thing when cops turn them off prior to administering beatings and worse.

The current Black-led uprising is a sharp reminder that the function of police in a capitalist society is generally to protect capital and the interests of elites, in part by dividing and repressing the working class. And in a society that systematically produces poverty, unemployment and underemployment, in a way that reproduces racialized inequalities, in practice the police serve a disciplinary function that is uniquely oppressive in black neighborhoods.

As Marxist sociologist Cedric de Leon notes, police have consistently repressed strikes, harassed workers on the job and in their homes, and beaten, maimed, and murdered the most vulnerable members of the working class. In a racialized society, this police repression has an unequivocally racialized nature.

Many in the protests have called for abolition, the immediate aim of which is to defund the police and redistribute wealth and income into poor Black and brown working-class neighborhoods. We understand that only structural transformation can lead to the demise of policing.

This revolt is happening in the context of the worst crisis since the Great Depression, whose costs are ripping through communities of color. Nearly 39 million people in the U.S. have filed for unemployment, and the rate now hovers around 20%. The Black unemployment rate is significantly higher.

Because people of color are more likely to work in jobs deemed essential, they are more likely to contract COVID-19. The death rate for Black people with the virus nationally is more than two and half times that of white Americans. In Wisconsin, the Black death rate from COVID is almost 6 times more than whites. In Chicago, more than 60 percent of the COVID-related deaths are Black people, even though they only make up 30 percent of the population.

There is a profound need for a redistribution of power and resources from the rich and Wall Street into our suffering neighborhoods.

It is for this reason that as editors of the Marxist Sociology Blog, we unconditionally support the Black-led revolts sweeping the country, and we encourage all to join these multiracial uprisings against police, and indeed, against the violence of white supremacy.

Marxism, race and the contribution of Black scholarship

We don’t need research right now to confirm that this mode of protest is doing what decades of pleading, begging, and demanding could not achieve. It should be obvious to all right before our very eyes. These revolts demand our solidarity, our support, and our participation.

This time around, sociologists cannot play the same reactionary role they played in the 1960s and 70s. Above all, we need to center the voices of Black scholars writing on racism, anti-racist struggle, and processes of racialization more broadly.

Contributions from Black scholars are all too often reduced to a mere addendum, tacked onto the end of a theory syllabus or subsumed under some catch-all like “New Social Movements” in a political sociology class. This is precisely the problem. These voices aren’t new.

Black scholars have been in the lead of sociological research and theory since the discipline’s inception. The early disciplinary erasure of the contributions of W. E. B. Du Bois attests to this fact. We celebrate the renewed discovery of his work by the discipline, but would push our colleagues not to ignore Du Bois’ radical edge, which aims its sights not merely on identifying inequality but making sense of the system of racial capitalism and colonialism that gives that inequality life and imbues it with racial meaning.

The same goes for Marxist thinking in the discipline. For far too long, questions related to race have remained marginal to Marxist sociology, despite the centrality of race to Marx and the foundational contributions of Black authors to Marxist thinking.

Marx was a keen observer and vehement critic of American slavery. In Capital, he noted that slavery was an institution that divides the working class and saw emancipation as great step forward for the American labor movement:

In the United States of America, every independent workers’ movement was paralyzed as long as slavery disfigured a part of the republic. Labor in a white skin cannot emancipate itself where it is branded in a black skin. However, a new life immediately arose from the death of slavery. The first fruit of the American Civil War was the eight hours agitation, which ran from the Atlantic to the Pacific, from New England to California, with the seven-league boots of a locomotive.

Since Marx’s time, a number of Marxist scholars have emphasized why we need an adequate conception of race in order to make sense of class formation and struggle. As the great Jamaican-born, British Marxist sociologist Stuart Hall and his colleagues wrote more than 40 years ago:

Just as the structures which reproduce the black worker, male and female, as a sub-proletariat, work through race, so the forms of resistance and struggle which have begun to reveal themselves in response, also–naturally and correctly–tend to crystallise in relation to race.

What we’re seeing before our very eyes is part and parcel of the class struggle. It is for this reason that we lend unconditional support to this revolt, and many of us are taking to the streets in solidarity.

The legacy of slavery continues to impact Black America in numerous ways through deeply embedded forms of institutional and individual racism. This can be seen across American institutions, from the labor market to education, healthcare, and the criminal justice system.

Taking just the latter, according to The Sentencing Project:

The disproportionate number of Black people caught in the American criminal justice system results from institutional and individual racism at every point in the system: from initial contacts with the police through pretrial and sentencing.

This time around, sociologists cannot make the same racist mistakes they’ve made for generations. Black writers, thinkers, and yes, even sociologists, have demonstrated for many decades that Black people in this country experience systematic violence as a regular feature of their everyday lives.

This is where we draw the line. Sociologists must not delude themselves by thinking that making another race and ethnicity hire or flying in a speaker or two is a solution to this problem. Instead, we need to go further.

We must actively use whatever little institutional credibility we may have to legitimize the ongoing uprisings as rational, political, long overdue, and indeed necessary responses to a vicious regime of white supremacy in this country, as well as its cop enforcers.

We demand justice for George Floyd, justice for Breonna Taylor, justice for Ahmaud Arbery, and justice for all of the thousands of Black people murdered by police and other racist vigilantes in this country, as well as the millions enslaved and murdered since the inception of our settler colony.

If defunding the police appeared as a pie-in-the-sky demand only a few weeks ago, it is now, thanks to Black activists and organizers, a regular utterance on cable news. We stand with all those calling for the immediate replacement of racist bullies with public spending for Black neighborhoods.