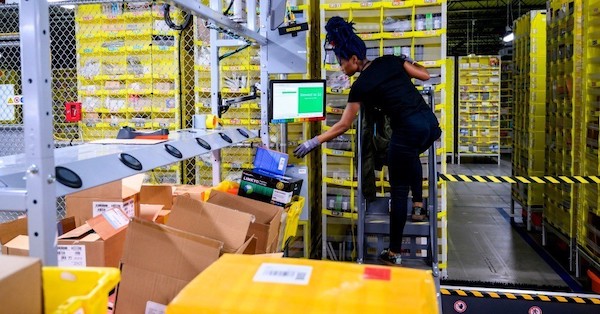 Racial inequality is a glaring, enduring and essential fact about the U.S. economy. But remarkably, mainstream economics (that is, the ECON learned by most high school and college students in the US) has very little to say about it. There is, rather, a deafening silence in mainstream economics about the relationships among capitalism, race, racism and racial inequality.

Why are white people in the U.S. richer than African Americans? If an ECON 100 student (or an economics major) has a rich answer to this question, it is unlikely that they learned it from their intro to economics textbook.

With this yawning silence, mainstream economics leaves a profoundly important economic question unanswered. But more than this, the mainstream narrative obscures, ignores and erases many of the essential ways in which the long history of racism in the U.S. has produced and reproduced enduring racial inequality. And more still, it celebrates the power of markets to “punish” and minimize “discriminatory behavior.” And so, when it comes to racial inequality and racial injustice, the market and capitalism are, in effect, exonerated. Racism? Racial inequality? Don’t blame capitalism! The Market is color blind! Indeed, the market is the solution.

By obscuring the relationship between racism and inequality, mainstream economics whitewashes capitalism.

Much of this racist history is quite essentially about economics.

In addition to (and beyond) this overwhelming evidence of racial inequality in 2020, the US—of course—has a long, conspicuous history of racism, racial exclusion, racial violence, and racist plunder. And much of this racist history is quite essentially about economics. At the risk of ridiculous understatement, this history has surely had an impact on “the allocation of resources”—the declared object of economic analysis.

In this context, the following questions seem obvious, essential and, arguably, mandatory for anyone who claims or aspires to understand the U.S. economy, or for any curriculum that presumes to teach U.S. students “economics” and the processes by which “resources are allocated.” Why is there enduring racial inequality in the US? How do race, racism, and the legacies of racism, manifest themselves in the U.S. economy? How does the U.S. capitalist economy (and capitalism more generally) facilitate racism and/or racial inequality?

But mainstream economics has very little to say about these crucial questions. In his massive (888 page) best-selling introductory textbook, Gregory Mankiw devotes just a few pages to “discrimination,” and much of this meager discussion is devoted to informing the reader (the student) that racial inequality and discrimination are not as big a deal as the reader might imagine (most of the racial income gap is attributed to differences in “human capital”). And it’s not just Mankiw. This silence on race and racism is shared by every leading introductory economics textbook. McConnell, Brue and Flynn’s popular introductory textbook (in its 20th edition) devotes six pages to “discrimination.” McConnell et al. acknowledge that “discrimination undoubtedly causes some income inequality.” But the reader is (re)assured that “economists do not see discrimination by race, gender, and ethnicity as a dominant factor explaining income inequality.” Neither “race” nor “racism” appears in the index of most introductory texts, and none of these texts so much as alludes to (let alone explores) the economic legacies of centuries of racism in the US. And further, none of these textbooks says anything about the racial wealth gap, inherited wealth, or the impact of either on economic outcomes. Nor is there a footnote or an aside deferring these essential matters to a later chapter or explaining why these issues are not, in fact (or in the authors’ view), essential.

And more than this, intro to economics students are (re)assured that markets in fact punish (“disincentivize”) racist behavior. In the conclusion to his very brief discussion of racial discrimination, Mankiw writers: “Competitive markets contain a natural remedy for employer discrimination. The entry into the market of firms that care only about profit tends to eliminate discriminatory wage differentials.” So, then, no worries!

It is important to note here that there is, of course, a lot of great and powerful work about capitalism, race and inequality—much of it by economists, much of it by scholars in other disciplines, and much of it by activists, writers and journalists. But this work does not show up in standard economics textbooks—which provide the hegemonic story of capitalism, the story that has been delivered to millions of high school and college students over the years.

The authority and the rhetorical power of the mainstream narrative is enhanced by its reliance on the language of mathematics, which makes economics look and feel like “science.” The algebra, geometry and calculus tell a precise story—a story that does, in fact, articulate the (deeply inadequate) mainstream model with great precision. But this mathematical construct tells students nothing about what’s missing from this story. It obscures more than it reveals.

The mainstream story also reliably conflates “racism” (and the various ways that race might matter economically) with “market discrimination.” Rather than asking: Is enduring racial inequality related to structural racism (now, and in the past)?, the mainstream discussion—in textbooks and in the mainstream scholarly literature—addresses these much narrower questions: Is there evidence of discrimination in labor (or capital or whatever) markets? And, if so, how do we explain it?

These are, of course, important questions. Discrimination in labor (and other) markets is indeed an important mechanism by which racism contributes to racial inequality. But focusing on the role of discrimination alone averts our eyes from larger questions like, for example, these: Why is the median white household in the U.S. have ten times the wealth of the median African American household, and how does this help us to understand why white workers typically enter the job market with more skills, human capital, education and economic security than African American workers?

Ta-Nehisi Coates, in his “The Case for Reparations,” provides a powerful description of some of the many ways in which African Americans have, over the centuries, been systematically exploited and dispossessed—of property, of the fruits of their labor, of control over their bodies, and much more. The mechanisms include the accumulated unpaid labor of (formally and informally) enslaved people, land grabs, arbitrary taxation, short changing, wage theft, the employment of prison labor, out-right theft and confiscation—all facilitated by violence and the threat of violence. Coates calls this what it is: plunder.

The economist Darrick Hamilton, in his “Racial Equality is Economic Equality,” conveys succinctly that this racist history is essential for understanding racial inequality in 2020.

The racial wealth gap is an inheritance that began with chattel slavery, when blacks were literally the capital assets for a white landowning plantation class. The gap continued after Emancipation, when discriminatory laws and institutions established insurmountable barriers to the American middle class for black families. Today, hundreds of years removed from chattel slavery, there has virtually never been a substantive black middle class when defined by wealth. In contrast, the implementation of FDR’s New Deal and post-war vision facilitated an asset-based white middle class to cumulatively build wealth and pass it on to their heirs.

Over the course of the 20th Century, millions of American families, through home ownership, accumulated wealth as never before. African Americans were, overwhelming, excluded from this bonanza. Melvin L. Oliver and Thomas M. Shapiro get it just right in their book, Black Wealth/White Wealth: African Americans were “locked out of the greatest mass-based opportunity for wealth accumulation in American history.”

This race-based exclusion is not just morally troubling. It has been economically devastating. The racism of 1920 and 1950 is reflected in the portfolios of white and Black Americans in 2020—and thus in the economic and other opportunities available to each. Coates writes, “When we think of white supremacy, we picture ‘Colored Only’ signs, but we should picture pirate flags.” Understanding the economic dimensions of white supremacy—including centuries of plunder—is essential to understanding the U.S. economy—historically, and in 2020.

But, again, there is no mention of any of this in any of the leading intro to economics textbooks. A diligent Econ 100 student is likely to leave class imagining that capitalism (or “the market system”) allocates income “fairly,” on the basis of workers’ “human capital.” The enduring economic legacy of racism? It never came up.

So, if you want to understand economic inequality, you’ll have to look beyond your economics textbook. Economics, it seems, is too important to be left to the economists.

Tim Koechlin holds a PhD in economics. He is the Director of the International Studies Program at Vassar College, where he has an appointment in International Studies and Urban Studies. Professor Koechlin has taught and written about a variety of subjects including economic, political and racial inequality; globalization; macroeconomic policy, and urban political economy.