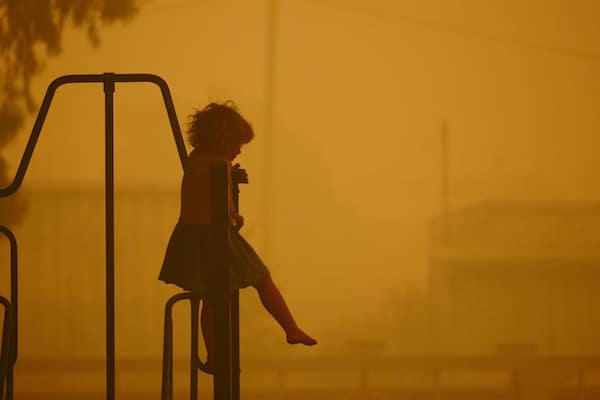 The following was published as part of roundtable in answer to the question: What is the main lesson that environmental movements should carry forward from the coronavirus pandemic? —Eds.

In his classic ecological work, The Part Played by Labour in the Transition from Ape to Man, Frederick Engels observed that “in nature nothing takes place in isolation. Everything affects and is affected by every other thing, and it is mostly because this manifold motion and interaction is forgotten that our natural scientists are prevented from gaining a clear insight into the simplest things.”

Although Barry Commoner, who was a close student of Engels’s work, designated as the “first law of ecology,” that “everything is connected to everything else,” the full implications of this have seldom been grasped by contemporary environmentalism. This is due to an exaggerated emphasis on the external environment removed from the human sphere, as opposed to what Karl Marx called the universal metabolism of nature, focusing on the metabolism of nature and society. Hence, the study of environmental change has often been disconnected from the etiology of disease, seen as belonging to a disconnected human sphere. COVID-19 has now taught us the seriousness of this error.

The sudden appearance of dangerous new zoonoses such as SARS, MERS, and H1N1 resulted over the last decade in the rise of the One Health approach to the etiology of disease, bringing together analyses from zoology, microbiology, epidemiology, ecology, veterinary medicine and public health, aimed at developing a more systematic approach to epidemics.

Though superior to earlier, reductionist approaches, and quickly adopted by the World Bank, the World Health Organization, and the Centers for Disease Control and Prevention in the United States, the dominant ideological basis of One Health meant that it backed off from a holistic approach in one very crucial respect: the consideration of capitalism, including the scrutiny of agribusiness and global commodity chains.

There thus arose from within epidemiology a more developed, Structural One Health approach, influenced by the historical materialist tradition, which took into account the way in which capitalism has become the main vector for the transmission of disease, an outlook related to Marx’s theory of metabolic rift. As Marx indicated in the nineteenth century, “periodic epidemics” were as much a manifestation of the disruption of the metabolism of human society and nature as were the disruptions of the soil nutrient cycle.

Understanding how the destruction of ecosystems, the removal of buffers between urban and “wilderness” areas, the creation of vast agricultural monocultures/feedlots, and the globalization of production through commodity chains, are all related to the transmission of viruses between species, is, in the Structural One Health perspective, crucial to grasping the full dimensions of the overall metabolic crisis affecting humanity.

Beyond all of that is the question of the destruction of public health systems under neoliberalism and how this is related to racial capitalism, creating higher morbidity and mortality rates among people of color and the poor in general. It is no mere coincidence under these circumstances that the intersection of COVID-19 with racial capitalism and economic depression has produced a perfect storm of protest, currently manifested in the United States in uprisings over the police lynching of George Floyd. At the same time, carbon emissions continue to rise, and the entire planet is threatened by fossil capital intrinsic to the system of capital accumulation as a whole.

If “everything affects and is affected by every other thing,” we must respond to the dangers to human existence in the 21st century by changing the system, creating a different form of social metabolic reproduction. There is no other way.