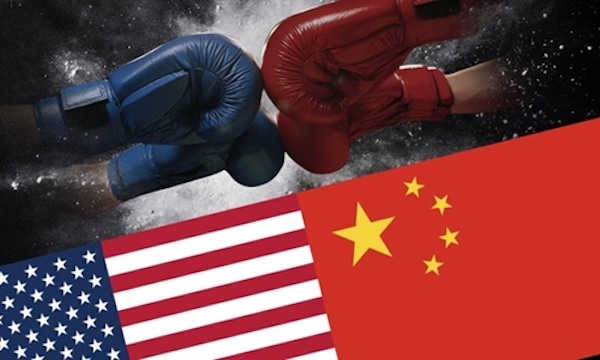 Monday’s restrictions came after China’s top diplomat met with U.S. Secretary of State Mike Pompeo in Hawaii last week, with expectations that the two countries would ease tensions. However, the U.S. continued to play its cards against China, expanding the previous anti-China strategies from politics to media, raising more concerns over the bleak outlook of ties, experts said.

This is the second group of Chinese media outlets the U.S. has listed as foreign missions. It’s another example of U.S. political suppression of Chinese media and will further severely infringe on the Chinese media’s reporting, Chinese Foreign Ministry spokesperson Zhao Lijian said at a press briefing on Thursday.

Zhao urged the U.S. to abandon its Cold War mentality and ideological prejudice, and immediately correct its wrong practices, otherwise China will have to make a necessary legitimate response. 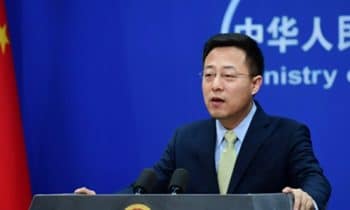 The U.S.’ fear of China is increasing, especially after Chinese media, which has worked with professional and international standards, reports details of China’s effective domestic fight against the COVID-19 outbreak to the U.S., Lü Xiang, a research fellow on U.S. studies at the Chinese Academy of Social Sciences in Beijing, told the Global Times.

Experts said that China’s success in bringing COVID-19 under control is in contrast to the incompetence of the U.S. government and is unfavorable to the Republican Party’s chance in the coming election.

Restricting information from Chinese media shows the decline of the U.S., which would not have taken such measures if it had confidence in itself.

Manipulating information in the U.S. is their aim, and it seems to be working for now, as many Americans still think the U.S. has done a better job than China in preventing COVID-19, Lü said, noting that China-U.S. ties are marred with huge uncertainty.

If we say Donald Trump is playing chess regarding the current situation, he is acting like he is throwing all the chess pieces on the board.

All nine Chinese media outlets will be asked to submit a complete roster of employees in the U.S. and a list of their real estate holdings.

Peng Cenxuan, an expert on international law from Wuhan University, told the Global Times that the U.S. State Department claims the move is in accordance with the Foreign Missions Act, which defines foreign missions as entities that are owned or controlled by foreign governments or organs. Once an institution is designated as a foreign mission, all of its rights will be at the mercy of U.S. administrative departments.

Listing Chinese media outlets as foreign missions actually puts them under the full supervision of U.S. administrative departments and strip of the rights that they are entitled to under domestic and international law. This is a political move under the disguise of law, Peng said.

This is a very absurd decision. China-U.S. relations are so tense that market-oriented media like the Global Times have been affected. It is regrettable. The U.S. is losing its self-confidence and inclusiveness. The country is chaotic.

The latest move also shows the U.S. is on high alert against China, and its bashing of China has been comprehensive–from politics and trade to high-tech and media. The bashing of Chinese media sends a signal that the U.S. government will continue with its tough policy against China, Xin Qiang, deputy director of the Center for American Studies at Fudan University in Shanghai, told the Global Times on Tuesday.

Li Haidong, a professor at the Institute of International Relations of the China Foreign Affairs University, told the Global Times that by making this move, the U.S. is cutting off channels for Chinese people to comprehensively understand U.S. society and culture, and it brings no good for mutual understanding between the two peoples.

He noted that listing Chinese media outlets as foreign missions also exposes the U.S.’ double standards on so-called “freedom of speech,” and one of its strategies against China is smearing the Chinese political system in the international community.

Xin Qiang said that China will definitely not keep silent over the latest U.S. move and may implement reciprocal measures by placing further limits on U.S. media and reporters, adding that it’s the U.S. that started this vicious cycle.

Experts reached by the Global Times said that China should add U.S. media and journalists onto a list and limit their activities in China.

In response to the U.S. designation of five Chinese media agencies as “foreign missions,” China demanded, in the spirit of reciprocity, that the China-based branches of Voice of America, New York Times, Wall Street Journal, Washington Post and Time declare in written form information about their staff, finances, operations and real estate in China, the Chinese Foreign Ministry said in a public statement in March.

It also asked American journalists for three news organizations whose press credentials were due to expire this year to hand back their press cards within 10 calendar days.

Peng said China can adopt countermeasures and regulate the U.S. media’s activities in accordance with the laws on overseas nongovernmental organizations.

Foreign media has long been criticized for playing a disgraceful role in helping glorifying the months’ long riots in Hong Kong since last year–giving rolling coverage on so-called excessive law enforcement by the Hong Kong police but deliberately ignoring the brutality of the rioters. Some foreign reporters even acted as human shields by standing in front of rioters when they confronted Hong Kong police officers, which severely interfered in the process of law enforcement and brought social disturbances.

Aside from bashing Chinese media, Li warned that considering the U.S. government’s recent moves, it is possible that the Trump administration may continue to take measures targeting China, and that the U.S.’ politicizing of the media will further strain bilateral ties.