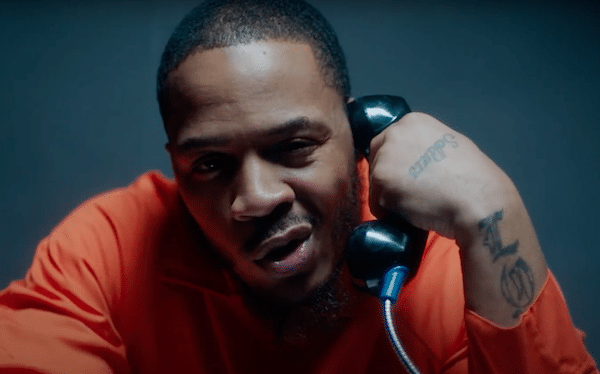 The video begins with a disturbed ‘white’ city cop staring in the mirror as he savagely narrates a day in his shoes. A day that entails blatant fear behind his badge not knowing when ‘blacks’ will violently protest or retaliate. Standing in front of an American flag unified with other fellow white officers his lyrics echo  ‘riding for my gang’ and ‘I bleed blue’.

The next raged verse is by an active Klan member spewing his love for Trump and the nation. Birthed into the Klan his genetic demise is to make America ‘white’ again.

Finally Craft takes us inside prison for a chilling, hair raising verse from a ‘black’ gang  member. He encompasses an identical, mirrored reality. Birthed into a gang with allies as brothers until death, he strikes fear before it strikes him.  He clears up the controversy in one simple lyric, ‘we all on our gang shit’.