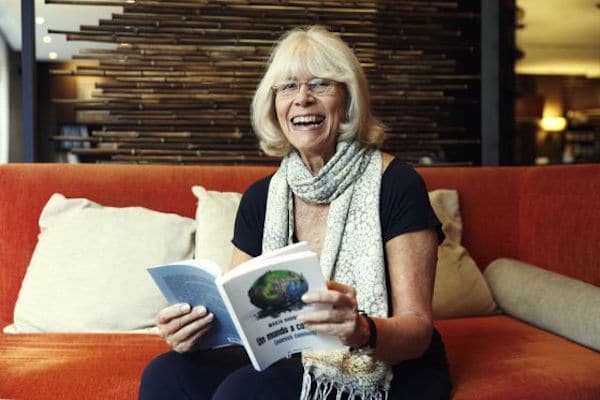 During an interview, then-Bolivia Vice President Álvaro García Linera and Spanish state parliamentarian Pablo Iglesias were exchanging ideas on classic texts and their own initiation into politics when the Spanish activist proclaimed: “All of us began with Marta Harnecker”. This statement is not only true for today’s young leftists but for thousands of people who have defended Marxism and socialism in the past four decades.

It is no exaggeration to affirm that Marta Harnecker was arguably the most important disseminator of Marx and Lenin’s ideas among successive waves of activists in Latin America, starting with the publication of her “Booklets for Popular Education” in the 1970s and followed shortly after by The Basic Concepts of Historical Materialism. At the same time, her own political and intellectual trajectory is illustrative of the course of the Latin American left in the second half of the 20th century.

Born in Santiago de Chile in 1937, she began her activism in the Catholic youth, and later, like most of her contemporaries, was profoundly impacted by the Cuban Revolution. She studied under Louis Althusser in France and on her return to Chile actively participated in the Salvador Allende government, during which she wrote the Booklets for Popular Education as a way of involving urban workers and peasants in political discussions. Following the coup by Pinochet, she was forced into exile in Cuba, where she continued documenting, discussing and elaborating on the Cuban experience, as well as the Sandinista Revolution in Nicaragua and the revolution in El Salvador. During the 1990s, she also studied the experiences of progressive local governments in South America that had begun to emerge, as well as, among other, the first terms of government of the Workers Party in Brazil and the Broad Front in Uruguay, and ultimately ended up advising and reflecting upon the Bolivarian process in Venezuela.

In the 1990s, after the fall of the Berlin Wall, an academic and eurocentric elite, making use of the wave of criticism against the Soviet experience, criticised and condemned Harnecker’s texts as “mechanical” and “written like manuals”. In stark contrast to this intellectual aristocracy, Marta was the materialisation of the “organic intellectual”, deeply tied to political movements and the contradictions and questions of the times. Her writings not only incorporated a self-criticism of the previous period – as they had done in the previous decade – but also had the sensibility to identify new practices and formulations within the Latin American left. So much so that her analysis took into consideration experiences such as the settlements of the Rural Landless Workers Movement (MST Brazil) and those of local power across South America. In Rebuilding the Left, Harnecker identified three factors behind the crisis of the left: a crisis of theory, the result of the abandonment of dialectical historical materialism as an instrument for analysing reality. As a consequence of this, a second crisis, rooted in an inability to identify existing contradictions when analysing reality that meant the left was incapable of understanding the changes occurring in the world of labour and society and, therefore, incapable of producing a program for transformation suited to the times. And,thirdly, that the instruments of social struggle of the 2oth century were no longer adequate for confronting the challenges of the new times, whether because of their rigidity or the two aforementioned crises.

Her book, A World to Build, is, in some ways, a synthesis of her last two decades of work. In it, Marta carries out a balance sheet of the experiences of progressive governments in power at that time in South America, without sectarianism or triumphalism, and attentive to advances and contradictions. She highlights all the different forms that exercising popular power take and emphasises that there is no transformational process without popular protagonism. And, as always, does so without developing formulas and constantly pointing out that each process depends on the balance of forces that exist in each country.

In the third part of A World to Build, Marta returns to the issue of the new political instrument, an issue also present in Ideas for the Struggle. Harnecker takes up the Gramscian concept of hegemony, as well as the capacity of a class to translate its vision of the world and interpretation of reality into a universal project. The task of the political instrument is precisely to build this new hegemony. Therefore, it is the bearer of a project for society it presents to the whole of society. This instrument is forged through struggle – or better said, through diverse and different counter-hegemonic struggles – and must have the capacity to draw others to its project and build around it a broad and diverse social bloc whose parameter is precisely this new project for society. That is why this instrument has to be led in a collective manner, not in a bureaucratic way nor as the expression of a monolithic thought.

As such, this new project, raised by the political instrument, is the result of a vision of the world, or a counter-hegemonic interpretation of reality, but which is converted into a platform of struggles that is capable of altering the balance of forces in society and effecting real changes in the lives of people. And, last but not least, its activists have to be an expression of the future that this project represents, intervening as popular educators.

In reality, what we have is a complex equation in which the new organisational forms are not built – and will never be built – a priori, but rather are the result of the struggles of the times. They are products of and produce a platform of real and concrete demands, capable of transforming reality and shifting the balance of forces, while raising consciousness and drawing in other people and sectors to the project. But not to demand the possible. The neoliberal project affirms that almost nothing is possible. Marta, on the contrary, regularly recalled and emphasised that politics is the art of making possible the impossible.

Only an organic intellectual involved in popular struggles is capable of comprehending the dilemmas of the political movement in such an acute manner and proposing, once again, not formulas but paths for overcoming its theoretical, programmatic and organic crisis. What all of this means is that, although she may have left us in June 2019, today we still continue to read a lot of Marta Harnecker, and many more to come will also begin walking the path with her help.

[Original published in Portuguese at Front. Translated by Federico Fuentes.]