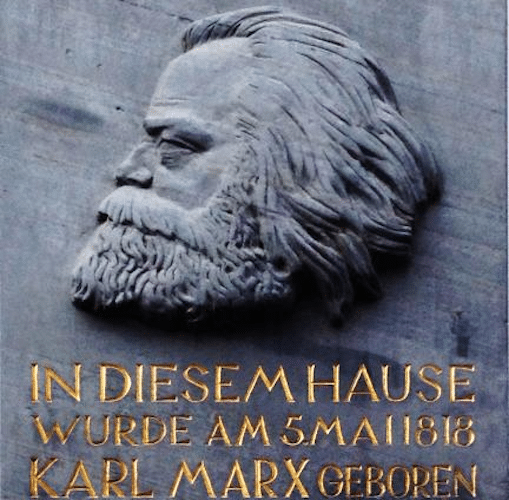 What constitutes acceptable Marxist theory is a topic of endless debate. Over the past few decades, much ink has been devoted to how we should go about reconciling Marxism and ecological concerns. As in earlier debates, people disagree about whose version of Marxism is most consistent with Marx’s own concepts, while accommodating pressing issues raised since his time. At stake is a contested and exclusionary Marxist identity, while Marxist discourse, amoeba-like, struggles to absorb the concerns of the day. This testifies to the lasting power of the core position established by Marx and adopted by his myriad of followers, which is arguably the insight that regular market exchange conceals asymmetric material transfers that contribute to the accumulation of capital in the hands of some individuals and groups, at the expense of other market actors. Beyond the diversity and antagonism, what unites Marxists is a distrust of business as usual and a passion for revealing and rectifying its injustices. But the challenge of applying such insights about societal asymmetries and injustices to ecological concerns has generated some divergent and antagonistic approaches.

In a 50-page review article on the Historical Materialism website,(1) Christopher R. Cox eulogises Jason W. Moore’s (2015) efforts to “resuscitate the dialectic” by rephrasing “historical capitalism as a continuously unfolding regime of environment-making”. Although he concedes that Capitalism in the Web of Life would be difficult to “get through” for the average American undergraduate student, Cox defends Moore’s verbose deliberations by asserting that “thinking dialectically requires one to be able to accept not knowing”. This indeed seems to be Cox’s primary excuse for ingenuously promoting a treatise so conceptually amorphous that Cox himself admits being unable to digest it, riddled as it is with concepts (“i.e. Oikeios, ‘bundles’, and work/energy”; n. 12) that are, in Cox’s own words, “less th[an] completely fleshed out.” It does not seem to occur to Cox that the difficulties he has experienced in fathoming Moore’s book to a considerable extent reflect the analytical confusion of the author.

A self-professed part of the “world-ecology movement”, Cox explains that his mission is to reconcile Jason Moore and John Bellamy Foster–“two stars in the Marxist galaxy”–by guiding “Foster and his merry band of scholars” across the line that divides “the Oregon and the World-Ecology schools of thought”. Cox thus sets out to educate readers of Historical Materialism on what Moore means by “capitalism as world-ecology, the Law of Cheap Nature, the Oikeios, abstract social labour/nature, the Capitalocene, the ecological surplus, and the concept of negative value” (emphasis in original). He clearly believes that Moore’s book is an antidote to what Sartre referred to as the ‘sclerosis’ and ‘Scholasticism’ of “a stagnant and deservedly-maligned” conventional Marxism.

It is obvious that Cox’s understanding of capital is as fuzzy as Moore’s. We are treated to a long list of mysterious features of capital that make it very difficult to define. “Capital is messy. It materialises and dematerialises. It has agency”. “The project of capital is to make nature legible”. “Capital is dialectical”. Capital “is space”. It is “an instance of mobilised place”. It is “also an ‘historical place’, a ‘bundle of human and extra-human natures’”. It is “a place travelling through space-time”. Such dim notions of capital do not serve to increase clarity. A movement confronting capitalism could hardly conceptualise its enemy in foggier terms.(2)

Rather than attempting to sort out the ways in which societal and natural aspects of socioecological processes are entwined in capitalism, Moore’s “dialectics” intentionally blur the analytical boundaries between society and nature. And Cox rejoices in such holistic amorphousness: “The floating knots of relations of power, accumulation, and (re)production travel vertically and horizontally out across the earth, up into the atmosphere, and down into the fossilised past-lives of the planet”. He cites Moore’s (2015: 7) audacious proclamation that “[h]umans build empires on their own as much as beavers build dams on their own”. Once he managed to “warm to [the] rather strange term” of the Oikeios, Cox realised that it is “continuous with some of Haraway’s great work naming the intersection of the human and the non-human as, among other things, ‘cyborg’ and ‘natureculture’”. He explains this “indispensable spatial-temporal term” by quoting Moore’s own definition:

“The Oikeios is a multi-layered dialectic, comprising flora and fauna, but also our planet’s manifold geological and biospheric configurations, cycles, and movements” (Moore 2015: 36).

It is difficult to see what is not to be included in this all-embracing term–except astronomical phenomena at sufficient distance from the Earth to not exert any influence on it. It is no less difficult to see its analytical usefulness. In what sense is a concept that encompasses everything that is relevant to life on Earth “indispensable” in explaining capitalism?

Cox explains in a note that “Haraway’s work is central to the evolution of the world-ecology method” (n. 46). Given this concession to posthumanism, and having proposed that capital has “agency”, it is incoherent to deny, as Cox does (n. 65), the affinity between Moore’s and Bruno Latour’s (1993) efforts to abandon the distinction between nature and society. For one thing, Cox’s assertion that “Latour is not mentioned anywhere in the book” (n. 65) is simply incorrect, as anyone who reads page 34 in that book can ascertain. But Latour would not need to be mentioned for it to be evident how his monistic jargon–perhaps mediated by Haraway–saturates Moore’s distortion of Marxist categories. Apparently, Cox is not sufficiently familiar with Latour’s approach to recognise the affinity, but it was recently verified by none other than Latour himself (2018: 119, n. 55), who until then had been consistently averse to Marxism and the very concept of “capitalism”.(3)  Moore’s diffuse brand of Marxism, it seems, has suddenly made Marx attractive to posthumanists. Contrary to Cox’s sentiment, I do not think that this is an accomplishment to celebrate.

To identify and attempt to rectify the ecological blind spots of traditional Marxism is obviously a worthy undertaking, but posthumanist jargon on bundles of multispecies entanglement is not the remedy. When I suggested, more than twenty years ago (Hornborg 1998), that global processes of capital accumulation involve asymmetric transfers of biophysical resources that tend to escape the Marxist focus on surplus labour value, Moore (2000) responded by criticising me for implying that Marx’s attention to ecology was less than perfect. At that time, he leaned heavily on Foster’s argument on the metabolic rift. Had he continued to do so, his position would have made more sense. The concept of metabolic rift is quite congruent with that of ecologically unequal exchange, as both refer to asymmetric resource transfers and thus nicely complement the classical Marxist emphasis on the appropriation of labour-power. But Moore’s deliberations on the Oikeios, the appropriation of “work/energy”, and the “Law of Cheap Nature” are a disservice to the analytical ambitions of historical materialism.

Although Cox has been charmed by Moore’s efforts to think holistically about “world-ecology”, he does not appear to notice the fundamental philosophical flaw at the core of Capitalism in the Web of Life. This flaw is the failure to distinguish between ontological (“Cartesian”) dualism, on the one hand, and binary analytical distinction, on the other. The former conceives of nature and society as insulated from each other in the real, material world, the latter only as distinct analytical aspects of material phenomena. To deny that features of nature and society–for instance, entropy and monetary value–should be kept analytically distinct is as untenable as to deny that they are interfused in material reality. But Moore appears to think of the very words “nature” versus “society” as anathema–except when he slips into using them himself, as when he writes that, in early capitalism, “[f]or the first time, the forces of nature were deployed to advance the productivity of human work” (Moore 2016: 98; emphasis added).(4) In such moments, he illustrates–contrary to his own argument–that the conceptual distinction between “nature” and “society” is indispensable to any analysis of historical processes.

Cox enthusiastically reiterates Moore’s framework for understanding ecological degradation in terms of a monetary metric, evident in notions such as an “ecological surplus”, the appropriation of “cheap” or “unpaid” raw materials and energy,(5) and capitalism’s strategy of “not paying the costs of waste, decay, and resource drawdown” (emphasis added). Moore’s tangled jargon boils down to a position that is ultimately no more complex than that of mainstream environmental economists: viz., that environmental degradation is not reflected in commodity prices. Cox attempts to differentiate the two approaches by claiming that Moore does not think in terms of “externalities” and “unpaid costs”, only in terms of “unpaid work”, but this is squarely contradicted by Moore’s (2015: 162) explicit reference to the “externalization of biophysical costs.”(6) Moore’s grasp of the grand Oikeios to which he repeatedly refers is thus as flawed as that of mainstream economists: both seem to believe that money can compensate for entropy. Indeed, Moore (2015: 97) ingenuously asserts that “entropy is reversible and cyclical,” and when the atmosphere serves as a sink for entropy in the form of greenhouse gases, he says that it is “put to work as capital’s unpaid garbage man” (Ibid.: 101). Ecological degradation, in other words, indicates that nature’s work is unpaid. Moore’s diagnosis of global ecocide is that capitalist civilisation does not “pay its bills” (Ibid.: 87).

Cox welcomes Moore’s readiness to consider the “work/energy” of the redwood tree alongside the “work/energy of slaves, colonies, and women” (p. 26). In such contexts, Marxists will wonder what relation Moore has to the labour theory of value. At other times, Moore affirms his allegiance to the conviction that “the substance of value is socially necessary labor-time” (Moore 2015: 53; emphasis in original). The central problem with Moore’s preoccupation with “cheapness” is its implicit assumption of objective natural values. What Cox attributes to Moore as “the prism of unpaid, or at least under-valued … work/energy on the part of humans and the rest of nature” (emphasis in original) calls out for a definition: how can something be “under-valued” unless it has an objective (monetary) value in excess of its price? And how could that objective (monetary) value be established? To say that something is “cheap” is to be confined to the capitalists’ own conceptual framework of monetary evaluation. Historical materialism requires a more detached perspective, as in the fundamental Marxian insight that money prices serve as a veil that mystifies objectively asymmetric material transfers by producing an illusion of fictive reciprocity. Our critical focus should be on those asymmetric transfers–and on the ideological means by which they are represented as fair and reciprocal.

Cox also praises Moore’s (2015: 51) claim that industrial capitalism represented a “transition from land productivity to labor productivity as the metric of wealth.” Clearly, however, technological intensification can increase productivity per unit of space (land) as well as per unit of labour time. If Moore’s point that the “Marxian ‘law of value’ … is transposed into the ‘law of Cheap Nature’” (Ibid., 52-53) is simply that “cheap” resources enable “cheap” technology that enhances labour productivity, we should expect him somewhere to discuss capitalist technology itself as a strategy for converting labour time and natural space appropriated in the periphery into a saving (or compression, in David Harvey’s idiom) of time and space in the core (cf. Hornborg 2001, 2019), but nowhere does he address technology in this way.

Cox’s infatuation with Moore’s ostensibly “holistic” Marxism no doubt reflects a widespread discontent with the extent to which classical historical materialism has failed to address ecological concerns. But in choosing Haraway and Latour as academic allies, Moore has abandoned the pursuit of analytical rigor and political acumen in favour of an amorphous and flamboyant prose that may impress the likes of Cox but that ultimately mystifies the asymmetric material transfers at the heart of capitalism. To blur the analytical boundary between nature and society is finally to suggest that, like earlier empires, capitalism is no less “natural” than a beaver dam (Moore 2015: 7). And to naturalise injustice, of course, is a sure sign of ideology.