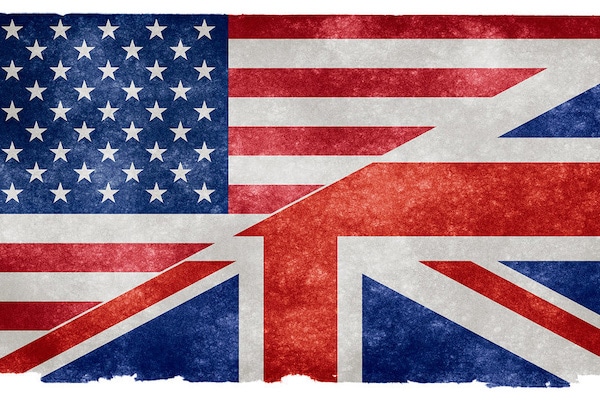 On January 9, 2020, Ambassador Karen Pierce—the United Kingdom’s permanent representative to the United Nations—spoke at a meeting on the UN Charter. “Nobody could accuse the founding members of a lack of ambition when they drafted the Charter,” Ambassador Pierce said. “But at times, the United Nations has often suffered from an almost unbridgeable gap between the power of its central vision and the actual actions it has been able to carry out.” Ambassador Pierce said that she did not just mean that the United Nations’ agencies had failed, but that the member states had failed as well. The 1945 charter, she said,

makes very clear the emphasis on states to cooperate, to harmonize actions to attain common ends.

Ambassador Kelly Craft, the U.S. ambassador to the UN, spoke at the same meeting. She praised the charter and called upon the member states of the UN to bring its values into the world. However, Ambassador Craft said,

On far too many occasions, we have seen nations that are parties to the Charter suppress human rights, undermine the sovereignty of their neighbors, harm their own citizens, and even deny the right of other nations to exist.

These are powerful words from Ambassadors Pierce and Craft, but they are hollow. They mean nothing. Over the past few decades, Western countries—such as the United Kingdom, but more so the United States of America—have flouted international laws and failed to even try to uphold the high-minded principles of the charter. Most recently, the United States has attempted to muzzle the International Criminal Court (ICC) as it has pursued a perfectly reasonable investigation into war crimes in Afghanistan; and the United Kingdom has denied Venezuela its sovereign right to gold held in the Bank of England. In both cases, the United States and the UK have undermined the sovereignty of nations and mutilated international law. The lawlessness of the governments of Prime Minister Boris Johnson and President Donald Trump are better explored through their actual practices than through the high-minded speeches of their ambassadors to the United Nations.

Suffocation of the International Criminal Court

In March, the International Criminal Court gave permission to ICC Prosecutor Fatou Bensouda to proceed with an investigation into war crimes in Afghanistan (committed by all sides, including the United States). The United States government was furious. In June, Trump issued Executive Order 13928 on “Blocking Property of Certain Persons Associated With the International Criminal Court.” U.S. Secretary of State Mike Pompeo, National Security Adviser Robert O’Brien, Defense Secretary Mark Esper, and Attorney General William Barr announced that the U.S. government would target ICC officials involved in the inquiry. Visas for the United States would be denied not only to these officials, but to their families as well.

The UN special rapporteur on the independence of judges and lawyers—Diego García-Sayán (a former Peruvian minister)—released a sharp statement defending the ICC. “The implementation of such policies by the U.S. has the sole aim of exerting pressure on an institution whose role is to seek justice against crimes of genocide, war crimes, crimes against humanity, and the crime of aggression,” he said. The U.S. attack on the ICC prosecutors was so aggressive that García-Sayán said that this was a “further step in pressuring the ICC and coercing its officials in the context of independent and objective investigations and impartial judicial proceedings.” In other words, the United States was using its power to suffocate the ICC.

Earlier, in May 2020, Secretary of State Pompeo condemned the ICC, saying it was a “political body, not a judicial institution.” That was in light of the ICC move to investigate Israel for its violations of international law regarding the occupation of the Palestinians. If the ICC proceeds with any such investigation, Pompeo said, the United States will “exact consequences.” This is gangland talk.

Venezuela’s Central Bank has $1.8 billion in gold in the Bank of England. This money is owned by the government of Venezuela; this is not contested by anyone. When Venezuela sought access to its gold, the Bank of England refused to honor the request. In May 2020, the government of Nicolás Maduro took the Bank of England to court, asking the British judicial system to honor the contract it made with the Central Bank of Venezuela. President Maduro said that his government wanted to sell the gold and send the funds to the United Nations Development Program (UNDP), which would buy necessary supplies for the country to fight COVID-19. The UK High Court now ruled that Venezuela cannot access its own gold.

The finding is entirely political. Judge Nigel Teare, on behalf of the UK High Court, says that the government of the United Kingdom does not recognize President Maduro, but instead the UK government had “unequivocally recognized opposition leader Juan Guaidó as president.” This was exactly the argument made in March by the International Monetary Fund—pressured by the U.S. Treasury Department—to deny Venezuela’s request for emergency financing. Further, Judge Teare said that there is “no room for recognition of Mr. Guaidó as de jure president and of Mr. Maduro as de facto president.” This last point is essential, because it means that even if Maduro controls the institutions of the presidency—as he does—the United Kingdom will not extend this to provide Maduro with legal recognition. But how the court decided to endow Guaidó with “de jure” or legal recognition is not self-evident.

Juan Guaidó has never contested the post of the presidency in any election, nor has he received a mandate to be the president; he anointed himself in January 2019. Guaidó’s claim was hastily recognized by the United States, which has long played a role in trying to unseat Maduro from the presidency and roll back the gains made by the Bolivarian Revolution inaugurated by Maduro’s predecessor Hugo Chávez. It is true that about 50 countries around the world—most of them U.S. allies—have said that they recognize Juan Guaidó as the president of Venezuela, although these are a minority among the 193 United Nations member states; most countries in the world continue to recognize Maduro as the president.

Judge Teare’s statement implies that the UK High Court recognizes a head of government based on the policy of the UK government. In other words, the UK government—which has no official role in the election of the Venezuelan president—has the power to control who is the president of a sovereign country, namely Venezuela. What decision the UK government makes, therefore, is far more important than the views of the people of Venezuela.

It is an odd business. The Venezuelan ambassador to the UK is Rocío del Valle Maneiro, who has been appointed by President Maduro. This should be enough proof that the UK sees the government of President Maduro as the legitimate government; but this was not enough for Judge Teare.

In both the case of the sanctions against the ICC and the theft of Venezuela’s gold, the United States and the UK demonstrate their disregard for international institutions and for international law. This kind of lawlessness is precisely the opposite of everything Ambassadors Pierce and Craft said about the UN Charter, a document of immense gravity. Better to follow the charter than talk about it with empty words.