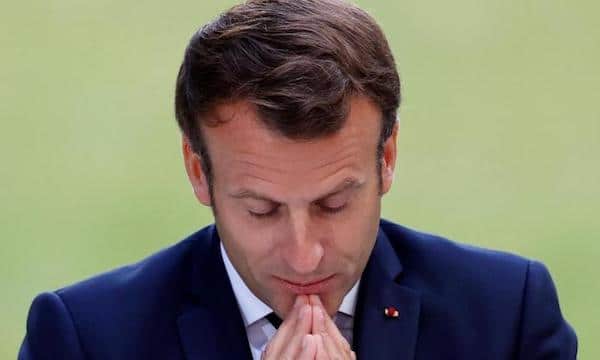 The second round of the French local elections, at the end of June, was bad news for president Emmanuel Macron, whose candidates did very poorly. In response, Macron switched prime ministers, replacing high-profile operator Edouard Philippe with an unknown right winger, Jean Castex, whose previous experience consisted mostly of being mayor of a town with 6,000 inhabitants. “I’m not looking for the limelight”, confirmed Castex on the day of his appointment. Meanwhile, mobilisations for Black lives and working-class anger at austerity and job losses have marked the month since the raising of the lockdown. What are the prospects for the year to come?

For the last 25 years in France, since the great strikes of 1995, which shut the Paris Métro for a month, there has been regular mass resistance to the rise of neoliberalism and austerity. Sometimes we won and sometimes we lost. Often, the result of a conflict was neither a victory nor a defeat because the government shelved important parts of its plans without announcing,

You have frightened us!

For example, 1.6 million university students each pay €200 to €300 euros a year in enrolment fees. The think tanks dream of introducing high tuition fees like in England or the USA, but the politicians dare not even suggest it. Another example: pensioner poverty in France is four times lower than in the UK. And, according to a 2019 UK House of Commons briefing paper, French full time employees, on average, work three hours less per week than their UK counterparts. Workers’ struggle has been able to slow down neoliberal barbarism.

The resistance movements are also a sign of a high level of class consciousness. During the fight back against Socialist Party president François Hollande’s 2016 labour laws, for example, most strikers were not affected as individuals; many of the vicious new rules applied only to future recruitments. Workers who already had a permanent contract or who were a little older could have said to themselves, “Thank God it doesn’t affect me”. Night after night on the television, expert commentators wondered why the strikes went on, when so many strikers were “not personally affected”. TV commentators have a hard time figuring out class consciousness.

This high level of class struggle wrecked the political parties the ruling class relied on for decades. First, president Sarkozy from the right pushed through half the neoliberal attacks he wanted and was then defeated in the 2012 elections by Hollande, who said, “My real opponent is the world of finance”. People hoped Hollande would be different, but he scrapped long-held protections for millions of workers. In the 2017 elections, the Socialist Party was crushed. Hollande did not dare even to stand again; the candidate who did stand, Benoit Hamon, left the party after the election to form a new group. In the first round of the parliamentary elections, the Socialists, who were the outgoing government, got just 7.4 percent of the votes cast–fewer votes than the radical left movement France Insoumise (“Unbowed France”) and the far right National Front. The Socialist Party lost 250 of its 280 MPs.

Macron gathered the disappointed politicians of the right and hopeful careerists from the Socialist Party. His new group, La République en Marche! (“Onward!”), got a clear majority in the parliament. Macron’s plan was full spectrum Thatcherism, but with a smoother discourse. He wanted to weaken trade unions, cut entitlements, take power away from local government and privatise swathes of public services. He was prepared to unleash police violence if that would help.

The resistance was huge. The Yellow Vest movement inspired areas of the country and parts of the population not used to mobilising. Then a new attack on pensions led to seven enormous strike days, and millions on the streets, in the railways, education, manufacturing, hospitals and elsewhere. The strikes were popular–twice as many people supported them as opposed them, and the figures were even better among the working class.

Macron retreated on one important element: instead of the vicious new rules applying to everyone born after 1963, the prime minister announced, they would apply only to people born after 1975. The government hoped this would dampen the movement. It didn’t. The strikes in January 2020 were massive. When the coronavirus crisis arrived, Macron shelved the attack. This must count as a victory for our side. If there had been no resistance, it would have been passed many months earlier.

The coronavirus has killed more than 30,000 people in France. As the lockdown lifts, Macron says that “we have to be ready to reinvent ourselves” and is promising to change. What we have mostly seen is huge amounts of money to prop up companies, and much less help for workers.

Millions of people have been plunged into poverty because temporary jobs have disappeared. Now, there are likely to be massive redundancies. The big aeronautical company Airbus is threatening 15,000 redundancies, including 5,000 of its 49,000 employees in France. Air France has announced 7,500 job losses (16 percent of its workforce) despite receiving €7 billion in government-backed loans that most commentators think will never be fully repaid. Most companies have not yet announced redundancy plans, but Nokia, Technicolor and the pharmaceutical company Sanofi say they will sack hundreds of workers.

The government has been staving off bankruptcies and limiting extreme poverty by borrowing billions of euros. But in a few years, they will have to be paid back either through more taxes on the rich or more suffering for workers. No prizes for guessing which Macron will choose. He has already said that he is not planning to raise taxes on the rich. His solution, he declared, is that we need “to work more” and “to produce more”.

But he has to be careful. He is unpopular and people are angry. The government just announced €6 billion for low-paid nurses and hospital staff–about €100 a month each. It’s far from enough, and there is no talk of increasing staffing levels in hospitals, but it is a sign that Macron is under pressure.

In the municipal elections, there were record abstention rates. Fear of the virus was one factor, but mostly these abstentions reflected a disaffection with the main parties. This is why the Greens did so well, aided by the “localist” focus of much of their program, which plays better in municipal elections than in national ones. Several big cities were taken by Greens candidates. After 25 years having a right wing mayor, Marseille was won by an alliance headed by an ecologist. After 73 years of right wing rule, Bordeaux also has an ecologist as mayor.

The far right National Rally (previously the National Front) did not do well. Before these elections, it had 1,468 councillors in 463 towns. It now has 840 councillors in 258 towns. The fascist losses are due to the period of acute class struggle, in which the National Rally cannot afford to take sides. Although it made vague statements sympathetic to the Yellow Vests, it could not denounce police violence because of its huge base among the police. It could neither support nor oppose the pensions movement because the movement was popular but small employers are crucial to National Rally’s support networks.

The group has, however, had a lot of success in persuading people that it is no longer a fascist organisation. Significant sections of the right now view the National Rally as a potential partner. In Perpignan, when it was clear that the fascist candidate was going to win, three members of the local slate of Macron’s party declared support for the National Rally. We will see more alliances between it and the traditional right. Flagship racist policies will be the result.

There was occasional good news for the left. In Bordeaux, a joint list led by car worker Philippe Poutou of the New Anticapitalist Party and Evelyne Cervantes-Descubes, a longstanding trade union activist from France Insoumise, got 11.8 percent in the first round and 9.4 percent in the second round, and now has three city councillors–Poutou, Cervantes-Descubes and a Yellow Vest activist whose hand was blown off by police weaponry last year.

The local elections were a blow for Macron, and he is also worried about the Black Lives Matter movement. Important demonstrations against police violence, and others demanding papers for undocumented migrants, have hit the front pages this month.

In the last 10-15 years, new anti-racist networks have been set up, mostly led by young Black adults from the working class parts of town. They have led demonstrations of tens of thousands. The Truth and Justice for Adama Committee is one of them, established to demand justice for a Black man murdered by the police. These groups work with the radical left, but mutual mistrust is common. The leaders of the Adama Committee are anti-capitalist, anti-colonial and outward looking in spirit. They organised joint actions last year with the Yellow Vests, signed a joint declaration with the CGT union federation about the legitimacy of revolt in the poor suburbs and organised a long debate this month with France Insoumise MP François Ruffin.

These new anti-racist networks are different to the dusty, extremely moderate, semi-establishment anti-racist organisations of the past, and they are slowly pushing the radical left into improving its anti-racist activity. There is a long way to go in France: Paris is covered with colonial statues, and there have been only small attempts to protest these, and Islamophobia is a traditional blind spot of the French left (despite slow progress in recent years).

Macron insists that no statues will be taken down, but this is hubris. There have already been changes in the names of schools named after Colbert, author of the notorious Black Code used to regulate slavery in France. The president also squeals about the dangers of communitarianism and Black separatism. Meanwhile, government spokespeople frequently repeat that police racism does not exist.

Between Macron’s worries about the anti-racist revolt and his party’s defeat at the municipal elections, he is looking for something to boost his poll ratings. Last week he was busy switching prime ministers and trumpeting allegedly new proposals on the environment, but a lot of smoke and mirrors is involved. He is proposing a referendum on rewriting the constitution so that environmental concerns are included at the beginning of the clauses about French values.

What about the vicious neoliberal attacks he shelved a couple of months back, including the pension reform and an attack on unemployment entitlements? It is not yet clear if he dares to bring identical proposals back into play immediately, but a neoliberal bill on universities (which would reduce still further the number of permanent contracts and split universities into two categories–well-funded “centres of excellence” and second-rate universities for the less privileged classes) is being pushed into parliament in the autumn. The new PM, Castex, has announced his intention to start negotiations on pension changes, which Macron has said will be “transformed” but “not abandoned”.

Having pushed out his previous, high-profile, prime minister, Macron is indicating that he intends to run the show alone. Pushing on with his Thatcherite combat in the storms of acute economic crisis and mass working class anger is going to be a bumpy ride. Let’s hope we can make him fall off his roller-coaster.

John Mullen is a revolutionary socialist and supporter of the France Insoumise in the Paris region.