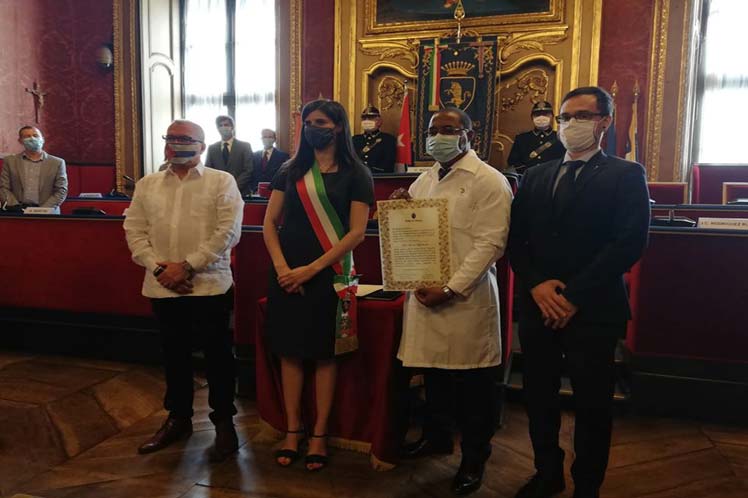 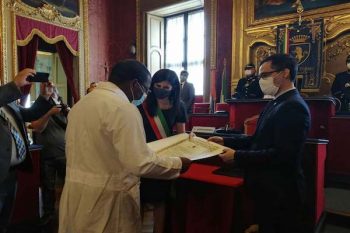 The Municipal Council of Turin granted the honorary citizenship of that city in the region of Piedmont to Dr. Julio Guerra, head of the Cuban medical brigade that helped fight COVID-19 there.
The president of the municipal body for control and political and administrative affairs, Francisco Sicari, and Mayoress Chiara Appendino, chaired the ceremony to grant the honorary title in the presence of other authorities and representatives of local institutions and organizations.

Also present at the event were Italian colleagues who worked alongside the Cuban physicians, Cuban Ambassador to Italy Jose Carlos Rodriguez Ruiz, Minister-Counselor Jorge Luis Alfonzo, and the head of the Cuban Consulate in Rome, Felix Lorenzo.

The gratitude to Cuba and the members of the Henry Reeve Brigade, along with the acknowledgement of their professional and human quality, generosity and altruism, was the common denominator in the speeches of Sicari, Appendino and Italian medical professionals. 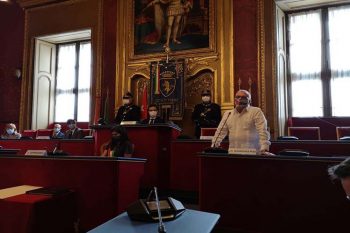 The Cuban ambassador noted the relationship established between the medical personnel from the two countries, and underlined the sense of responsibility and worldview, shared by all Cubans about ‘what we should give the world’, which is inspired in Jose Marti’s concept that homeland is humanity.

Upon receiving the honorary citizenship, Guerra expressed his pride for ‘representing at this event a group of Cuban doctors and nurses with a high professional capacity and a humanistic vocation that has been tested in different countries of the world,’ as 14 brigade members fought Ebola in three Western African nations.

This distinction to the Henry Reeve Brigade given through me symbolizes the deep friendship sealed during these tragic but beautiful days between Italy and Cuba, between Piedmont and Cuba, between Turin and Cuba.