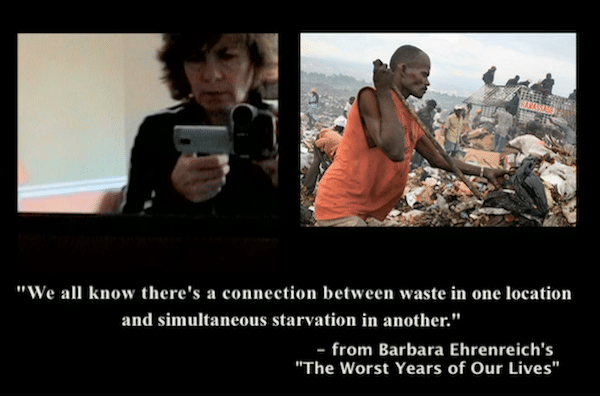 As an economics professor for over 20 years, I have taught the basics of neoclassical economics many times. When teaching supply and demand I hardly ever get critical questions. Students nod their heads approvingly as I go over the model. At the end of my supply and demand presentation I erase all the chalk drawn models and ask a seemingly unrelated question about the difficulties of parking near campus. Students agree that this is a problem, but they fiercely object to my suggestion that by simply raising the price of parking the problem will disappear. They argue that many can’t afford the higher prices, and that higher price would make the financial difficulties of attending college only worse.

Surely, the students raise worthwhile concerns. There is much to their initial objections and intuitions. But when I again show the supply and demand graph, it serves to disorient them. The model delegitimizes their very real concerns. It quiets them and forces them to succumb to unrealistic market logic.

What this movie does so very well is to legitimize initial student apprehensions, and exposes that the answers from neoclassical thought are grossly inadequate. It does this by showing clearly what the market model does not take into account when they say supply equals demand. Mary Filippo problematizes the concepts of efficiency, profits, and capital in crystal clear ways to her audience. Perhaps the best part of the movie is the end, wherein the neoclassical economists defend their theory on a self-proclaimed rigor of analysis. Yet the movie shows how preposterous such claims are in reality. The movie is a must for those exploring neoclassical fundamentals and especially for those that don’t want their economic concerns dismissed by models of economic fantasy.

My Mis-Education in 3 Graphics

My Mis-Education in 3 Graphics

(2020, 58 minutes) My Mis-Education in 3 Graphics is a document of the filmmaker’s darkly humorous journey through the mind-boggling constructs of mainstream economics. Filmed introductory economics course lectures and interviews with mainstream economists reveal the enormous rift between the economics textbook models and the filmmaker’s and other critics’ understandings of economic reality. This trailer gives a brief glimpse of some points from all three parts of the film. The first, on markets, reveals a few assumptions the mainstream model hides. In the next, we find the model of the profit-maximizing firm hides profits. And in the final section, on macroeconomics, a few of the major issues obscured by the models are revealed: the importance of financial debt in understanding inequality, and the concealed destruction of the natural world.

David Brennan has been an economics professor for over 20 years, having taught the basics of neoclassical economics many times.
View all posts by David Brennan →

Why a growing force in Brazil is charging that President Jair Bolsonaro has committed crimes against humanity
‘What we’re seeing now is Jim Crow 2.0’