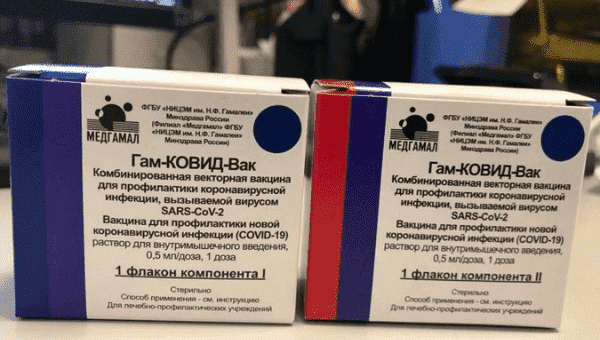 Russia’s Health Minister Mikhail Murashko Saturday announced that the country officially produced the first batch of the vaccine against COVID-19.

Earlier this week, Murashko announced that health workers and teachers would be the first ones to receive the vaccine.

The first batch of the COVID-19 vaccine against the novel coronavirus was developed by Russia’s Gamaleya Scientific Research Institute.

The vaccine, named ‘Sputnik V’ after the space satellite launched by Moscow in 1957, has two components that create an immune response to the coronavirus.

🇷🇺 #Russia produces first batch of #SputnikV – the #COVID19 vaccine. ❗ An important historic first step in defeating #SARSCOV2. Much is yet to be done to ensure smooth mass production, but we're on the right path #RussianVaccine pic.twitter.com/jzs3vbJnrx

President Vladimir Putin Tuesday announced that the vaccine underwent all necessary tests and effectively provided immunity to the novel coronavirus.

“I know it has proven efficient and forms a stable immunity. We must be grateful to those who made that first step very important for our country and the entire world,” Putin said.

Gamaleya Center’s director Alexander Gintsburg reported that three companies are ready to produce the vaccine in the country. “Around 2 million doses would be produced by the end of 2020. These are tangible and good numbers,” said Gintsburg.

Russian officials announced that clinical trials for the vaccine will soon kick off in the United Arab Emirates, Saudi Arabia, and the Philippines. The country’s authorities also stated Russia is set to produce 500 million doses of Sputnik V in the next 12 months.