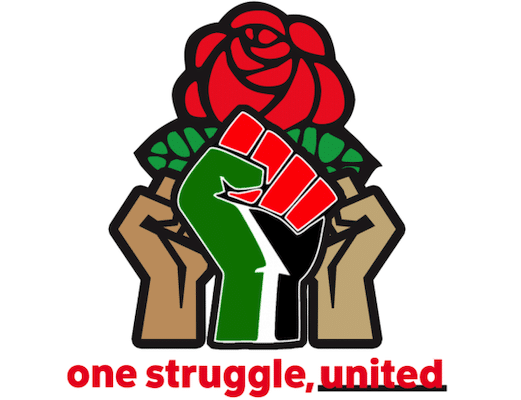 At the Democratic Socialists of America (DSA) convention in 2017, the group endorsed the BDS movement by an overwhelming majority. That resolution asserted that “socialists have a responsibility to side with the oppressed and are committed to their unconditional liberation.” This was a extraordinary turning point for the organization, which had allied itself with the Israeli left at its birth. At the 2019 convention, the organization established a DSA working group specifically dedicated to BDS.

Last week, NY1’s Zack Fink reported that DSA was sending a questionnaire out to New York City Council candidates that were seeking the organization’s endorsement. “Do you pledge not to travel to Israel if elected to [the] City Council in solidarity with Palestinians living under occupation?” reads one of the questions, “Even though foreign policy falls outside the purview of municipal government, gestures like travel to a country by elected officials from a city the size and prominence of New York still send a powerful message, as would the refusal to participate in them.”

DSA was immediately condemned by groups like The Jewish Community Relations Council (JCRC) of New York, which organizes trips to Israel for city council members. “Elected officials should not be denied an immersive opportunity to deepen their understanding of Israel,” said their executive vice president Michael Miller, “Including this demand–on the same day that a historic peace agreement was announced between Israel and the United Arab Emirates–reveals a policy undeniably singed by anti-Semitism.”

The questionnaire was also attacked by local lawmakers on Twitter. Manhattan DA candidate Tali Farhadian Weinstein tweeted, “This questionnaire tells Jewish people seeking public office not to travel to their spiritual and cultural homeland. Only Jews, nobody else. I urge all of the other candidates for Manhattan DA to join me in repudiating this question and refusing to answer.”

“This is anti-semitism. Plain and simple,” declared 11th district Democratic Rep. Max Rose. Ritchie Torres, the New York council member who recently won the 15th congressional district’s Democratic primary, offered his own response to the question: “When The Jewish Community Relations Council brought me to Israel for the first time back in 2015, I spoke to both Israelis and Palestinians, and among Israelis, spoke to both Arabs and Jews..heard various perspectives, asked hard questions, and came to more fully understand a conflict that is infinitely more complicated than media narratives make it out to be…denying yourself an opportunity to listen intently to voices on the ground and see the situation with your own eyes will make you no wiser as a person or public servant.”

The New York chapter of DSA pointed out that the question was developed in response to the many free Israel trips that are provided to U.S. officials in an effort to maintain the military bond between the two countries. “We are in no way opposed to trips in a personal capacity to visit family or for other personal reasons,” said a DSA spokesperson.

This clarification did nothing to deter attacks on DSA. The pro-Israel lobbying group DMFI held a webinar featuring Rose and Torres this week and they booth took aim at the organization. Here was Torres responding to a question about being a pro-Israel Democrat:

There’s no doubt in my mind there’s a silent majority for Israel, but a visible vocal minority is often mistaken for a majority and often has outsized influence over public discourse and public policy. Part of the problem is social media, which has the effect of amplifying the idealogical extremes.

In New York City, we’ve seen the rise of Democratic Socialists of America, which is explicitly pro-BDS. The Democratic Socialists endorsed in about 11 races and won every single one except mine, so it’s proven to be effective at winning elections and I worry about the normalization of antisemitism within progressive politics. I consider BDS the attempt to delegitimize Israel…any movement that embraces antisemitism is destined to rot from within.

It strikes close to for me as an openly-LGBTQ person, because part of what it means to be LGBTQ is to live life with integrity and authenticity. If the message to those who are both progressive and pro-Israel, especially people of Jewish descent, is that in order to be part of the progressive community you have to renounce your identity and your history, and your ties to your homeland and you have to be in the closet…that to me is profoundly evil, that to me is a perversion of progressivism and that’s something that pro-Israel progressives have to fight against, so it’s incumbent for us to create space within the progressive movement for pro-Israel voices.

Rose dismissed the many electoral victories that Torres referenced, calling DSA a “fundamentally weak organization that only wins races against weak opponents.” However, he expressed concern about a wider pro-Palestine trend within progressive politics:

On the same day of that webinar, 52 members of New York’s State Assembly (including a couple who were recently defeated by DSA-endorsed candidates) signed a statement denouncing the questionnaire, calling DSA antisemitic, and declaring that the group should not “be welcome in the halls of our legislature.”

Interestingly enough, 2020 actually marks the 100th anniversary of five socialists being expelled from the New York State Assembly over their political beliefs. Here’s some of the Evening Public Ledger report from 1920:

Louis Waldman, August Claessens, Charles Solomon, Samuel A. DeWitt and Samuel Orr, all of New York City, the entire delegation of their party in the New York Assembly, were expelled from the Legislature today.

By its action the Assembly established a precedent unique in legislative history in the United States. Never before has an entire party delegation been ejected from any legislative body.

The majorities in favor of expelling the men, suspended on the opening day of the legislative session on charges of disloyalty, were substantial.

The paper also notes that Assemblyman Martin G. McCue referred to the men as “traitors” and “whipped dogs” and that the socialists were “highly amused.”

Mondoweis s reached out to DSA’s National BDS and Palestine Solidarity Working Group and asked them about the statement. Here’s their reply:

As Israel’s settler colonial regime of occupation and apartheid escalates land and power grabs, our grassroots socialist movement is also building power–and public discourse is shifting in response. DSA has honored the Palestinian call for Boycott, Divestment, and Sanctions as a tactic to pressure Israel to comply with human rights and international law since 2017.

As our movement has gained ground in many facets of the U.S. political landscape, including major electoral wins, those who hold power in the New York State Assembly are obviously very threatened by us, which means what we’re doing is working. While NYC city council members are regularly taken on an expenses-paid propaganda trip to Israel, millions of Palestinians are still denied the right to return to their homes. By asking candidates to pledge not to travel on such political junkets, New York City DSA is saying loud and clear that a candidate who aligns themselves with a violent apartheid regime–a progressive except for Palestine–is no progressive at all.

This anti-Palestinian, anti-democratic, McCarthyite statement being circulated in the midst of an anti-racist uprising across the country is indicative of the reactionary, racist, and out of touch views a minority of members within the New York State Assembly apparently hold.