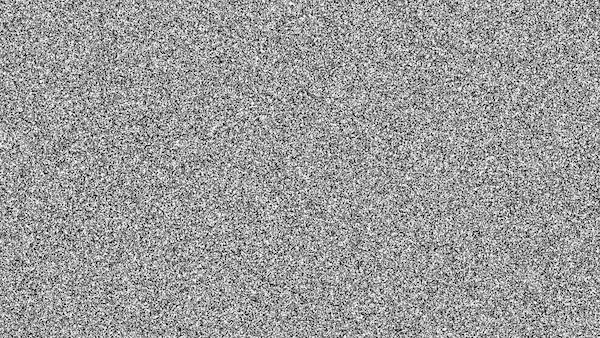 Facebook has taken down multiple Facebook pages they believe to be connected with crimethinc.com and itsgoingdown.org, among other anarchist and anti-fascist publishing projects,1 officially on the pretext that they “support violence.” This has nothing to do with stopping violence and everything to do with suppressing social movements and the publishers that cover them.

For months, Donald Trump has demanded this crackdown in a series of social media posts explicitly blaming anarchists and anti-fascists for the countrywide wave of protests precipitated by persistent police violence in the United States. A decade ago, Facebook representatives proudly touted their role in the Egyptian uprising. Today, their decision to ban publishers who discuss social movement activity shows that they are eager to play a role in ensuring that the only forms of activism that can emerge are the ones that are beneficial to the current authorities.

10. I’ll have more on Facebook’s crackdown in tomorrow’s issue of The Informant, my publication that covers hate and extremism in America.

The defining of violence is not neutral. The way Facebook currently defines violence, it is legitimate for police to kill a thousand people per year while evicting, kidnapping, and imprisoning millions—it is legitimate to drop bombs on civilians, so long as the aggressor represents an official government—but it is “violence” to prevent a white supremacist from assaulting a crowd or return a smoking tear gas canister to the police who shot it. Suppressing the voices of those who seek to protect their communities from institutional and white supremacist violence is an intentional decision to normalize violence as long as the ones employing it hold institutional power.

Lumping anarchists and anti-fascists together with far-right militias who explicitly support the current administration is a strategic move to muddy the issue. This is the same operation that William Barr performed in creating a Department of Justice task force focused on “anti-government extremists” that targets self-proclaimed fascists and anti-fascists alike. In the case of the Department of Justice, this enables them to point to far-right and militia attacks in order to demand resources with which to crack down on those who are on the front lines of defending communities against such attacks. Barr and other members of Trump’s administration are attempting to do the same thing to Black Lives Matter activists, associating them with neo-Nazis and white nationalists as “racially motivated extremists.”

After a self-described fascist murdered Heather Heyer during the “Unite the Right” mobilization in Charlottesville, tremendous grassroots pressure arose to remove fascists and white supremacists from social media platforms. Now, by contrast, the push is coming from the very top of the hierarchy, at a time when protest movements have been essential to creating a nationwide dialogue about state violence and oppression. This is a counterattack from those in power against websites that published perspectives from those who mobilized against the fascists in Charlottesville. It is not a coincidence that it occurs on the heels of Trump mobilizing federal forces to Portland, Oregon, precipitating weeks of street conflict, and just a matter of days after spokespersons for the extreme right referred specifically to crimethinc.com and itsgoingdown.org in prepared testimony to the Senate.

While far-right groups continue to organize on Facebook and spread dangerous misinformation about COVID-19, Facebook is prioritizing taking cues from the Trump administration to suppress dissent. Make no mistake, if this goes unchallenged, it will not stop here. The more it becomes normalized for governments to crack down on publishers that report on social movements, the further such censorship will penetrate into every sector of society, and the more it will shape what it is possible to think, what it is possible to imagine. 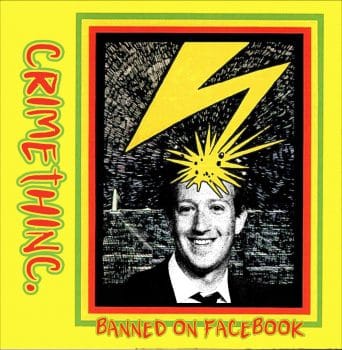 If you are concerned about this, please use all the means at your disposal to share this news far and wide. Facebook should not get to determine for you what constitutes responsible speech. Together, in solidarity, we can create a better world, in which no one of good conscience need fear that fascists, governments, or billion-dollar corporations can threaten or silence them.

“CrimethInc. are the poets and intellectuals of a truly free society, and if anarchist publishing has any common theme, it is to dream of a society in which organized violence and the threat of systematic violence would not exist, where there would never be a situation in which groups of men with sticks and guns and bombs would be able to threaten others. This is not just a legitimate political position, it’s a vital, essential, necessary one. Nothing could conceivably be more violent than to tell us—and particularly our young people—we are forbidden to even dream of a peaceful, caring, world.”

-David Graeber, author of Debt: The First 5000 Years and professor of anthropology at the London School of Economics, responding to the news of the Facebook ban

The Intercept: Facebook’s Ban on Far-Left Pages Is an Extension of Trump Propaganda

on the deletion of my personal facebook page and the banning of anarchists and antifascists from facebookhttps://t.co/5JWRB6PZ1U pic.twitter.com/6KWcxzCHSl

Full solidarity to the comrades at @IGD_News, @crimethinc, @enough14 and others who got purged from #Facebook today for speaking truth to power and opposing fascism in all its forms.

This is outrageous. Equating antifa with QAnon betrays how Facebook fundamentally doesn’t grasp the issue.

The far right thrives by spreading disinformation. One of the underrated aspects of Antifa is that spreads accurate information about the bad actors on the far right. https://t.co/mdFbZ5KUWL

amazing thing in this Facebook announcement, someone decided to add ‘antifa’ to the takedowns out of some knee-jerk impulse to show balance

After months of anti-leftist vitriol from Trump & the media, Facebook has banned multiple anarchist & antifascist pages. The false equivalency is staggering; for example, the John Brown Gun Club, a community defense org, was axed—but the far-right Three Percenters militia remains

an initial though here is it's so disingenuous for fb to try to lump antifa onto these groups. since 1994 right-wing extremists have killed 100s of people. antifa has killed none
https://t.co/locntJb2ye

Here’s the result of Facebook both sides-ing its Qanon announcement. People who have promoted conspiracy theories in the past will frame it as focused on antifa. Utterly predictable. pic.twitter.com/eZX9L5YP4m