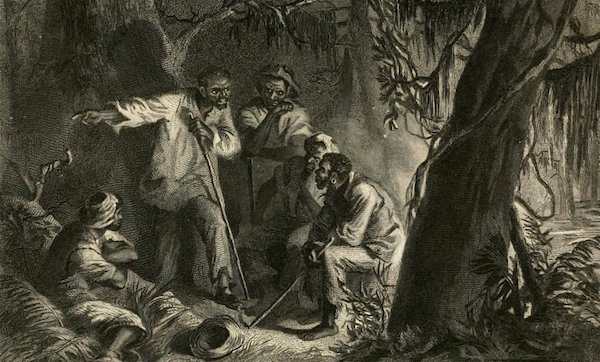 1863 depiction of planning for the Nat Turner uprising

In the context of the current mass uprising, political history has held a special significance this year. Juneteenth, the celebration of the last enslaved Africans’ emancipation–was also a painful reminder to Black America that we are still oppressed! Now, Black August, the celebration of Black revolutionary struggle even in the face of brutal imprisonment, is a reminder of a long tradition which continues today.

As the country faces crisis after crisis–an economic one, on top of a war against Black America all against the backdrop of a global pandemic–a small minority of the rich elite continues to profit off this misery, generating over $308 billion since the start of March. The pandemic itself reveals the deep legacy of the U.S. war on Black people, who are dying at roughly double the rate of whites, at the same time that 20 states deploy the modern-day slavery system in U.S. prisons to make hand sanitizer and masks.

And the fruits of this labor taste even more bitter, considering that the origins of this very same class wealth was obtained through slavery, redlining, Jim Crow segregation and outright theft. If it were not for stolen Black labor there would be no rich elite in America: this country is built off the backs of workers and oppressed people, and especially off the super-exploitation of the Black nation.

But repression will always breed resistance: against this barbaric, systemic exploitation has continued a long tradition of Black liberation struggles.

Courageous armed rebellions took place countless times against slavery, with famous examples including the uprisings led by Nat Turner and Denmark Vesey. These freedom fighters aimed to directly smash the structures that oppressed them, burning down plantations and struggling for liberation by any means necessary. 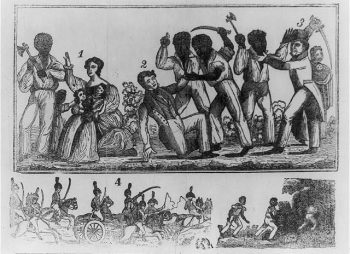 Many were able to carve out freedom by creating free “maroon” communities, such as at Paquesen (“Great Dismal Swamp”) between North Caroline and Virginia, or the thousands-strong liberated territory of Palmares in Brazil. These communities tried to create ways of life outside of the U.S. capitalist system that had enslaved them.

Oppressed nations united together in this struggle as well, with a famous example being the Black Seminole communities in Florida, where African and Native peoples fought together against the U.S. capitalist, settler-colonial system– and continue to today. So common was Black and Native solidarity and resistance that state legislatures attempted several times to outlaw Black and Native people from even interacting out of fear for what revolutionary resistance might be born.

After the Civil War ended in 1865, supposedly abolishing slavery (though it would continue in other forms such as mass incarceration) began the period of “Reconstruction” in the South. Although this period saw much radical action and growth in Black political power, it was also met with abandonment by the North, who for example had promised 40 acres and a mule to freed Black people, but instead gave reparations to the slave-holding ruling class. Reconstruction’ s end in 1877 was followed by a “nadir” era that was the historical peak of lynchings and race riots throughout the U.S. “Jim Crow” laws sought to maintain white supremacy and the social structure underpinning the continued exploitation of the Black nation for profit.

Radical resistance to this renewed oppression continued. Farmers began organizing sharecroppers unions, some of them of mixed-race, defying the divide-and-conquer strategy and combating terror from groups like the Ku Klux Klan. Waves of revolutionary spirit and organization continued through the early 1900s. Groups like the socialist African Blood Brotherhood would take on Marxism as a useful tool, as they called for armed self-defense and resistance. Figures like the long-lived Pan-African anti-imperialist W.E.B. DuBois would bridge waves, as we see that the bravery and fierce determination of past freedom fighters set the stage for the revolutionary and civil rights movements of the 1960s.

The multi-racial civil rights movement was a protracted struggle that not only challenged Jim Crow, but systematically worked to eradicate racism. The abolition of Jim Crow proved that Black leadership could lead to fundamental change.

During the mid to late 1960s, many in the civil rights movement shifted their tactical orientation to armed self defense. This was influenced by many factors, but the actions and contributions of figures such as Malcom X and Robert F. Williams and The Deacons for Self Defense played key roles. Though mainstream history often pits “good” non-violent activists against revolutionary figures, their struggles were deeply interconnected in a complex way, and spoke to different needs in the Black communities. 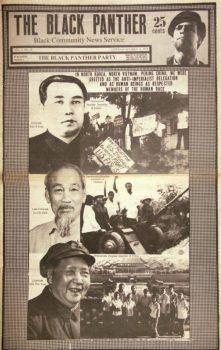 Coverage of BPP trips to North Korea, Vietnam, and China

One of the most well known and iconic political parties that formed during this time was the Black Panther Party. The BPP was created in response to the 1965 Watts Rebellion which was an uprising in Los Angeles that lasted several days in response to police repression. The BPP organized themselves as explicit socialists and in a party structure, and built a strong spirit of internationalism with countries such as China, Vietnam, North Korea, and others. The Panthers also continued the legacy of uniting oppressed and working class people by forming “rainbow coalitions” with the American Indian Movement, the Latino organization the Young Lords, Chinese-American group the Red Guards, poor Appalachian whites in the Young Patriots and many others.

Reflecting on the roots of Black August allows us to trace this period and its legacy today. The month’s celebration comes from the history of George Jackson, field marshal of the Black Panther Party who was imprisoned for the rest of his life at 19 years old, where he continued to organize, study and write. His younger brother Jonathan Jackson led an armed attack in August 1971 as an attempt to to liberate George and other prisoners; a year later, George was assassinated by a prison guard. His legacy sparked a wave of radical organizing inside the prison system, most notably the Attica uprising where inmates seized control of the prison for four days. Black August was born in 1979 in the San Quentin prison where George Jackson was held, commemorating the previous decade of courageous prison struggle, as well as the centuries of Black resistance that preceded it. Revolutionaries such as our late PSL comrade Joe Little (veteran of the Attica uprising) continued this struggle up to today.

The Black radical tradition continues today, not just as a key component in furthering the struggle, but also exposing capitalism’s critical flaws. The lessons that we draw from these past struggles stem from their powerful influence. They have laid the foundation, but it is up to our generation to pave the way for long-lasting systemic change beyond reform. If the BPP has taught us anything, it is that rebellions give rise to revolutionaries. Revolutionaries are simply organizers dedicated to studying revolutionary theory and fighting for revolutionary change.

Today when we say “Black Lives Matter!” we are echoing the calls of warriors before us and claiming that tradition as our present and future. We can see in the radical actions of protesters the same spirit of revolutionary self-defense that Nat Turner and countless others had. Today’s renewed organizing to care for our communities while building the struggle echoes efforts like the Black Panther Party’s free breakfast program, or the survival of maroon communities.

The COVID-19 pandemic has only exacerbated the ills of a society that was already sick to begin with, as most cities saw the worst of unemployment, homelessness, and rising death rates; especially for its Black population but the government’s inaction and despicable display of putting profits over the needs of people was a major factor leading our class to get into the streets and into action. This movement will not fade away quietly, and our class is ready for change. 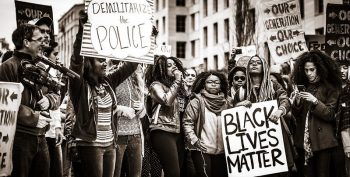 Reforms will not change the capitalist system. The masses need more than just policy change or the election of a new president. During the 2014 Ferguson, Missouri uprising, it was the Obama administration that deployed the military to quell the rebellion: pepper spray, rubber bullets and physical brute force injured many protesters. Flint, Michigan still does not have clean drinking water now during a pandemic. The 2015 Baltimore, MD, uprising sparked by the murder of Freddie Grey was met with militarized police and mass arrests. Countless number of killer cops walk freely and many continue to patrol.

These are only a few examples–a drop in the bucket, if you will–of the many movements that formed and were met with repression under a supposedly “progressive” president. Today, the ruling class is attempting to pull a similar trick by adding Kamala Harris to the Democratic ticket, despite her long record of criminalizing working class people and hiding police misconduct.

All this points to the fact that no systemic change happened at the hands of the capitalist government. In fact, the state of Black America worsened throughout the Obama presidency. The organizational skills being developed in the current mass struggle go beyond fighting for necessary relief, but are the stepping stones for building a larger movement to uproot the racist, profit based system.

More and more of the working class is waking up to how much this broken system is not made for them. They see we need a new system in place, and it is our duty to replace it. But our oppressors are organized. So we too must continue to organize, as the revolutionaries who came before us did. We must study and learn. A revolutionary movement is the only way forward. We will build a militant struggle against this system that will grow until we can dismantle it entirely!

Editors’ note: this article is adapted from a talk given by Michaela Warnsley at the NYC virtual organizing conference “Stop the War on Black America: Organizing to Win,” on Aug 9.