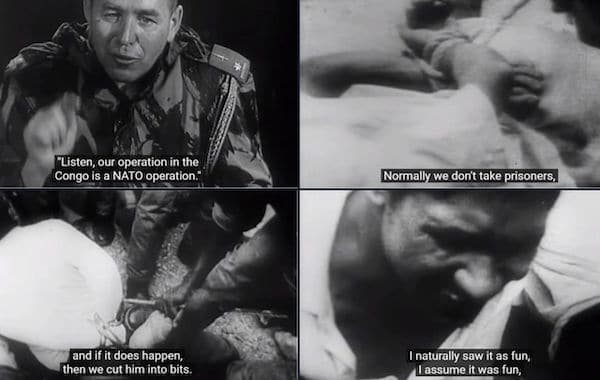 In Bolivia, Washington Has Replicated Past Fascist Horrors

The campaigns from imperialist propaganda operatives to brand Bolivia’s coup regime as some sort of example of progressive governance, or as in any way superior to the Morales government on human rights, have been pure smoke and mirrors. Installed after a weeks-long campaign of racist violence, the regime of the Christian fundamentalist Jeanine Áñez has from the start advanced Croatian-style ethnic cleansing, carrying out anti-indigenous massacres through death squads.

This has since evolved into something resembling Pinochet-style repression, with the regime torturing journalists and assassinating dissidents. The upcoming election in October is only possible because Bolivia’s indigenous resistance movement has been protesting amid months of further state violence. We’ll have to see how easy it will be for Bolivia’s people to vote out Áñez, given that the U.S. has continued to arm Bolivian paramilitary groups that try to crush pro-democracy protests and intimidate the opposition.

All of this dissonance between the flimsy propaganda narrative about the regime being an upholder of democracy, and the horrific reality of what’s been going on in the country since Morales was ousted, is a surprise to no one who’s familiar with Washington’s long history of putting fascists into power. The fascist nature of the menace that Bolivia faces is as clear as the Nazi salutes made by the members of the Santa Cruz Youth Union, the paramilitary organization which groomed the coup leader Luis Fernando Camacho. And it’s not the newest, or the most deadly, fascist cabal that the U.S. has backed.

Camacho’s group has modern parallels in the Ukrainian neo-Nazi factions, which the U.S. has supported in order to make Ukraine into an imperialist military buffer against Russia. In 2014, the U.S. backed a neo-Nazi coup called EuroMaiden in order to overthrow the country’s democratically elected government. Since then, the fascistic accelerationism that right-wing extremist groups dream of has been coming true amid a social collapse for Ukraine.

As part of their fanatical anti-Russian campaign, the country’s ruling ethno-nationalist clique has been ethnically cleansing the people of Ukraine’s eastern regions, which are a stronghold of Russian language and culture. As journalist Andrew Korybko wrote during the preparation stages for this genocide:

The Ukrainian Defense Minister has publicly voiced his plan to corral the citizens of Donbass into special “filtration” camps prior to forcibly resettling them in different parts of Ukraine. A few days later, Ukrainian Prime Minister Yatsenyuk declared the pro-federalists in the East to be “subhuman.” This choice of words not only wasn’t condemned by Kiev’s American patrons, but was actually defended by State Department spokesperson Jen Psaki, who strangely said that Yatsenyuk “has consistently been in support of a peaceful resolution” [1]. Raising concerns even higher that a full-fledged cleansing is being planned, Ukraine’s land agency said that it will be giving “free land” from the east to the military, Interior Ministry, and Special Services troops battling the federalists.

Even the NATO propaganda tool Human Rights Watch hasn’t been able to ignore the atrocities that have been committed by the coup regime in Ukraine, which Washington has continued to aid. In 2018, a damning HRW report exposed abuses by the Ukrainian Security Forces, including “further steps to restrict freedom of expression and association,” “violence by radical groups promoting hatred [that] put ethnic minorities, lesbian, gay, bisexual, and transgender” people at risk, and “discriminatory policies [prohibiting] pensioners from…spending more than 60 consecutive days in armed group-controlled regions, or risk suspension of their pensions.” The regime also “continued to deny the secret and prolonged detention of 18 civilians in its Kharkiv secret detention facility from 2014 to 2016.”

As corruption has made Ukraine descend into economic ruin, the regime has taken advantage of the crisis. The neo-Nazi militias, supported by U.S. funding and weapons and enabled by shrugging law enforcement, have been acting with impunity while providing combat training for U.S. white supremacists. Thanks to Washington, Ukraine has become a worldwide haven for fascist paramilitary groups, exporting racist violence back to the U.S.

For the other people who’ve lived under fascist regimes that the U.S. has installed, all of this is the same old story. NATO has never not been an organization that arms and transports Nazis. Ben Norton recently observed that “with Portugal’s fascist regime as a founding member, through Operation Gladio to Yugoslavia and Libya, NATO has always supported fascist mass murderers.”

NATO’s inseparable entanglement with Nazi terrorism has been apparent when ex-Wehrmacht/ex-U.S. Army mercenary Siegfried Müller bragged on camera about slaughtering countless people in the Congo on behalf of NATO and “Western values.” He did this while wearing the same cross that the members of the Santa Cruz Youth Union wear today while their regime slaughters indigenous Bolivians.

It’s been apparent when Nazis trained and supported the Pinochet regime’s activities in Operation Condor, the U.S.-backed project to torture and kill tens of thousands of political dissidents throughout Latin America. While Chile’s government disappeared between 3000 and 10000 people, it kept close contact with the Nazi colony La Dignidad in Southern Chile, and even kept a torture center close to the Nazi base. Ex-Gestapo and ex-SS officers were able to give Chilean officials instructions on torture techniques, and they even took part in the torture.

At the same time that these things were happening, similar types of torture were also going on in Bolivia, where the right-wing dictator Hugo Banzer Suárez was engaging in his own role in Operation Condor. Journalist Robert Baird reports on the torture techniques used by this regime:

The ELN was a revolution-minded organization founded by Che Guevara that held pride of place atop Banzer’s enemies list. On learning of Marcos’s involvement with the ELN, three bloodthirsty paramilitaries from Santa Cruz took Marcos back to the ministry’s basement. There he gasped to see his mother tied to a chair. The paramilitaries, known to everyone as the Eastern Trio, bound Marcos in an adjoining cell, out of sight but not out of earshot of his mother. The beatings commenced, with the Trio taking care to alternate so that each of their victims could hear the other scream.

After 1982, Bolivia’s military regime was ousted, and the democratic conditions allowed for a socialist to be elected in 2005. But the nature of bourgeois democracy made the country vulnerable to a new U.S.-facilitated coup in 2019. And the Áñez regime has tried to make this mean that the return of dictatorship in Bolivia is inevitable.

But this new Bolivian fascist regime has proven to be too weak to defy the popular demands for a new election, and from what we know so far, it’s also too weak to rig the voting process. Polls show that the socialist candidate will in all likelihood win. After this victory for Morales’ party, the fascists will flee Bolivia, their only hope being for Washington to carry out an invasion that wouldn’t be practical for the thin-stretched U.S. empire.