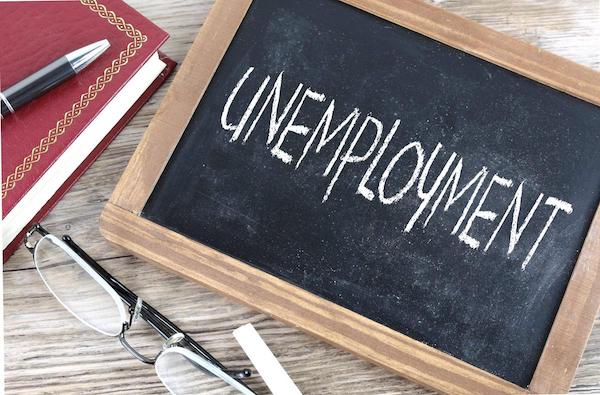 For 52 years—from 1936 to 1988—the Democratic Party pledged support for the achievement of full or maximum employment.

These pledges began before economist John Maynard Keynes even coined the term, “full employment.” They were initially inspired by the 1935 report of President Franklin D. Roosevelt’s cabinet-level Committee on Economic Security (CES). The CES report is best known for proposing the establishment of the nation’s Social Security system.

To achieve maximum employment, the CES proposed that the federal government provide the nation’s workforce with “employment assurance” by stimulating private employment and providing public employment for those able-bodied workers whom industry cannot employ at a given time. In other words, the CES proposed a combination of what later came to be known as the Keynesian full employment strategy (the use of stimulus spending to promote private sector economic growth) and the New Deal’s own strategy of providing work for the unemployed in direct job creation programs like the Civilian Conservation Corps (CCC) and the Works Progress Administrations (WPA).

Given the superiority of the direct job creation strategy as a means of providing a fiscal stimulus to the private sector, the CES’s employment assurance proposal is essentially the same one proposed by Job Guarantee advocates today: Stimulate private sector job growth with jobs program spending that simultaneously funds decent public sector employment for anyone the private sector doesn’t need.

Then, in 1992, the term “full employment” disappeared from the party’s platform and remained absent through the next five presidential election cycles. The term finally reappeared in the party’s 2016 platform, but only as a pledge to protect and defend the independence of the Federal Reserve system [the Fed] to carry out the dual mandate assigned to it by Congress—to support both full employment and low inflation—against threats from new legislation.

Now, in 2020, the full employment goal itself has once again disappeared from the Democratic Party Platform. This omission is particularly disappointing, given the inclusion of a Job Guarantee in the Green New Deal initiative and in proposed legislation such as H.R. 1000 (the Jobs for All Act), originally introduced by the late Rep. John Conyers Jr. and currently sponsored by U.S. Rep. Frederica Wilson, and S. 2457 and H.R. 4278 ( the Federal Job Guarantee Development Act), introduced in the Senate by Sen. Cory Booker and in the House by Representatives by Rep. Bonnie Watson Coleman.

We believe the omission of full employment or a job guarantee in the 2020 Democratic Party Platform is a terrible mistake—a failure to face the need for a credible full employment strategy that would turn the corner on the neo-liberal era and push the political pendulum hard enough in the other direction to usher in another era of concentrated progressive reform.

Why do we believe the full employment goal is so important? Because we think FDR was right in describing the right to “a useful and remunerative job” as the “most fundamental” of the economic and social entitlements he championed since, as he noted, it is the one on which the fulfillment of the others in large degree depends.

If all jobseekers were guaranteed decent, living-wage work, the average intensity of the social welfare needs governments would have to address would be reduced while the public resources available to address those needs that remained would increase—along with the public’s trust in the federal government to address their needs (the ultimate basis of FDR’s popularity).

It is no accident that European welfare states were constructed during several decades of actual or near full employment. Nor is it an accident that the political fortunes of the Democratic Party went into decline when it failed to develop an alternative plan for achieving full employment after the collapse of confidence in the Keynesian strategy during the stagflation crisis of the 1970s.

Involuntary unemployment is inevitable in a job-short economy, just as it is inevitable that someone will end up without a seat in a game of musical chairs. And like a game of musical chairs, the U.S. economy never has enough “seats” (jobs) to go around. The last time it did was during World War II when 11 million prime age workers were “employed” in the nation’s armed forces.

This past February, with the unemployment rate at 3.5 percent, there were 15.1 million Americans who were either officially unemployed (5.8 million), working part-time but wanting full-time employment (4.3 million), or wanting work but not counted as officially unemployed (5.0 million). At the same time there were 7.0 million job openings in the economy, but since unemployed workers and job openings are rarely concentrated in the same place, the number of jobs within reach of those 15.1 million job wanters was far less than 7 million.

What this data and historical experience both tell us is that unemployment would have to fall below the 2.0 percent before we could reasonably conclude that the economy was either at or close to full employment. In May, the Fed estimated the long-term “natural” or “normal” rate of unemployment was 4.5 percent, which doesn’t even come close.

What is worse, this unemployment burden is unfairly shared in a racist way. Due to a combination of conscious, unconscious, and institutionally racist factors, African Americans are roughly twice as likely as whites to suffer the harm unemployment inflicts on its victims—denying them the right to practice the work ethic that the Rev. Martin Luther King, Jr. called “the creed of [American] society.”

If “Black Lives Matter,” how can the Democratic Party continue to ignore its historical reliance on a goal that is vitally important to all its constituencies but doubly so to African Americans?

The current coronavirus pandemic and consequent recession have caused mass unemployment—well in excess of peak levels experienced during the Great Recession.

To avoid a repetition of the slow and painful recovery the nation endured following the Great Recession, Democrats should commit to the achievement of full employment despite the goal’s absence from their platform.
And yes, there is a way of achieving that goal without triggering an inflationary spiral.

An updated version of the CES’s “employment assurance” strategy is capable of achieving both full employment and price stability. A detailed template for such a program is provided by H.R. 1000. The anti-inflation features of the bill are described here, and its cost here.

All jobless workers can and should be guaranteed living-wage jobs, and the commitment should extend across all phases of the business cycle. Delivering on that promise would both solidify and expand the party’s political base while providing the economic foundation for a new era of progressive reform jump-started by the job creation program itself through its contribution to repairing the nation’s depleted physical, social, cultural, and environmental resources.

A Government Commitment to Full Employment

We therefore agree with the Democratic Party’s 1960 Platform that the achievement of full employment is “a paramount objective of national policy.”

That pledge is absent from the party’s 2020 platform, but that doesn’t stop us from pledging our own commitment to it through the establishment of a 21st century living wage job guarantee delivered via job creation projects that meet vital but neglected national and community needs: affordable housing for everyone; quality child and elder care for all families; improved educational services and out-of-school recreational activities for all children; a sustainably green environment for our descendants; and a well-maintained public infrastructure and access to the arts for us all to enjoy (to name a few).

These jobs should be funded by the federal government but created and administered by public sector agencies at all levels of government and by non-profit organizations that satisfy strict standards for the administration of job creation programs that serve clearly useful social purposes. Such a Job Guarantee would free American workers for all time from the threat of unemployment and underemployment—and, at the same time, assure them an opportunity to serve the nation and add to its resources through their labor.

A Social Movement for Full Employment

Twice in the post-World War II era—in the 1940s and 1970s—progressives have fought for the enactment of strong full employment legislation. Each time, the full employment bills they introduced were enacted only aftee r being stripped of the provisions that would have achieved their goal. Why? The principal reason was the absence of powerful social movements demanding jobs for all. There was nothing on the scale of the movements on behalf of the elderly and the unemployed that were vital to the New Deal enactment of job creation, Social Security, and unemployment insurance legislation in the 1930s, and nothing on the scale of the movements for civil and voting rights of the 1950s and 1960s.

So even if the Democrats gain control of the executive and legislative branches of the federal government in this fall’s election, the achievement of substantial reform will require the advocacy of powerful social movements. Indeed, the absence of such a movement is the principal reason for the absence of the full employment goal from the 2020 Democratic Party Platform.

The National Jobs for all Network is committed to the task of helping unite progressive forces in a powerful movement to guarantee living-wage jobs for all and other essential rights whose “fulfillment,” as FDR observed, “in large degree depends” on first securing “the right to a useful and remunerative job.”