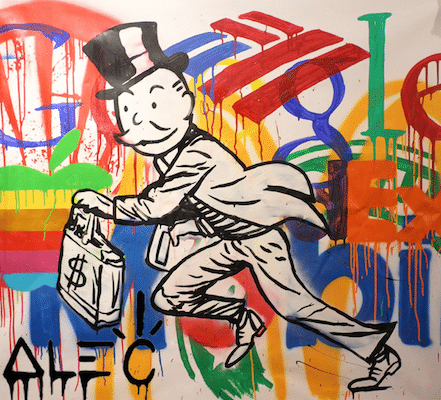 It’s an obvious question for those of us living now, in the twenty-first century. Is Marxian economics still relevant?

After all, Marx wrote Capital in the middle of the nineteenth century, when both capitalism and mainstream economics were quite different from what they are today.

Back in the mid-1800s, capitalism was a relatively new way of organizing economic and social life; having emerged first in Great Britain, it still encompassed a small part of the world. As Marx looked around him, he saw both the tremendous progress and the horrendous conditions of the Industrial Revolution. The introduction of steam power, gigantic factories, growing cities, and increased production. And thus great wealth, at least on the part of the small group of successful merchants and industrial capitalists at the top of the economic pyramid. But also squalor, malnutrition, low wages, and long working hours for factory workers—men, women, and children.

Radically new ideas both prepared the ground for, and emerged as a result of, the emergence and spread of capitalism. New freedoms, such as the possibility of buying and selling people’s ability to work, and the consequent abolition of slavery, the ownership of human chattel. New forms of political representation, like democracy, which entailed the abolition (or at least the curtailing) of monarchies. And new sciences, including evolutionary biology, first elaborated in Charles Darwin’s On the Origin of Species (or, more completely, On the Origin of Species by Means of Natural Selection, or the Preservation of Favoured Races in the Struggle for Life).

The world today is, of course, quite different. We take for granted many of the ideas that were once considered radically new. While other ideas, which were barely even imagined at the time, are today considered novel: demands for a guaranteed income, the extension of democracy beyond politics to workplaces, and synthetic biology.

As for capitalism, in some parts of the world, it would be immediately recognizable by nineteenth-century observers. Giant steel mills, workers denied the right to form labor unions, polluted living environments, minds and bodies damaged by demanding and dangerous jobs. Elsewhere, capitalism has changed in many ways, both large and small. Cutting-edge technologies in the twenty-first century include robotics, extended reality, and artificial intelligence. Production of many goods and services is dispersed around the world instead of being concentrated in single factories. And a much larger share of production and of the world’s population—although certainly not all—has become part of capitalism.

And yet. . .The gap between a small group at the top and everyone else is increasing. Workers still labor much longer, even utilizing much more productive technologies, than many had predicted. Squalor, hunger, and poverty are still the condition of many in the world today—to which we need to add the dangers created by the looming climate crisis.

Throughout this book, we will therefore have to ask, is the kind of critique of capitalism that Marx pioneered more than 150 years ago relevant, at least in board outlines, to contemporary economies? And, following on that, in what ways have Marxian economists changed and extended their theory to account for the many changes the world has undergone since the mid-1800s?

Much the same question holds for the Marxian critique of mainstream economics. In what ways might Marx’s original critique of classical political economy be relevant to contemporary mainstream—neoclassical and Keynesian—economics?

As will see in the next chapter, Smith and the other classical political economists made five major claims about capitalism, which Marx in his own writings then criticized. They are, in no particular order, the following:

We’ve already touched on the first three in previous sections of this chapter, and we will return to them in some detail in the remainder of the book. For example, capitalism produces more wealth but, Marx argues, it only does so on the basis of class exploitation. Capitalism is inherently unstable because of the private appropriation and distribution of the surplus. And, even if commodities are bought and sold at their values, capitalism is based on a fundamental class injustice, whereby the producers of the surplus are excluded from participating in decisions about that surplus.

What about the other two claims? Capitalists are celebrated but only if they accumulate more capital and thus create the conditions for more wealth and more employment. If they don’t, and that is often the case, then there’s nothing heroic about their activities. As for capitalism representing the end of history—the problem is, it still rests on class exploitation, not unlike feudalism, slavery, and other societies in which workers produce, but do not participate in appropriating, the surplus. That still leaves the possibility of creating an economy without that class injustice.

Those, in short, are Marx’s main criticisms of classical political economy.

Contemporary mainstream economists, as is turns out, makes all five of those claims. They don’t do so in the same manner as the classicals but they make them nonetheless.

We will see, in the remainder of the book, just exactly how that works.

The other eight chapters of this book are designed to flesh out and explore in much more detail the issues raised in previous sections of this chapter.

The aim of this chapter is to explain how the Marxian critique of political economy has, from the very beginning, been a two-fold critique: a critique of mainstream economic theory and of capitalism, the economic system celebrated by mainstream economists. We will discuss the key differences between Marxian and mainstream approaches to economic analysis, both then and now.

Chapter 3, Toward a Critique of Political Economy

I do not presume that readers will have any background in Marxian economic and social theory. In this chapter, we discover where Marx’s critique of political economy came from—in British political economy, French socialism, and German philosophy—and how his ideas changed and developed in some of the key texts of the “early” Marxian tradition prior to writing Capital.

In this chapter, I will present the material contained in the first three chapters of volume 1 of Capital, perhaps the most difficult and misinterpreted section of that book. Marx begins with the commodity, proceeds to discuss such topics as use-value, exchange-value, and value, presents the problem of “commodity fetishism,” and then introduces money.

The goal of this chapter is to explain how Marx, starting with the presumption of equal exchange, ends up showing how capitalism is based on surplus-value and class exploitation.

According to Marx, once surplus-value is extracted from workers, it is then distributed to others for various uses: the “accumulation of capital,” the salaries of corporate executives, the financial sector, and so on. Herein are the origins of the theory of economic growth and the treatment of the role of instability and crises within capitalist economies, as well as the Marxian understanding of the distribution of income.

How have Marxist concepts been applied to major trends, debates, and events in recent decades? In this chapter, we examine the ways Marxist thinkers, especially younger scholars and activists, have opened up and applied Marxian economics to the theory of the firm, imperialism and globalization, development in the Global South, the role of finance, systemic racism, gendered hierarchies, and the relationship between capitalist and noncapitalist economies in contemporary societies.

Chapter 8, Debates in and around Marxian Economics

Chapter 9, Transitions to and from Capitalism

Much to the surprise of many students, Marx (and his frequent collaborator Engels) never presented a blueprint of socialism or communism, either in Capital or anywhere else. However, Marxian economics is based on a clear understanding that capitalism has both a historical beginning and a possible end. In this concluding chapter, I discuss how Marx and later generations of Marxian economists have analyzed both the transition to capitalism (e.g., from feudalism in Western Europe) and the transition to noncapitalism (in the contemporary world).

Before We Dive In

As I wrote above, this book is not written with a presumption that readers have any kind of background in Marxian economic and social theory. Much the same holds for mainstream economic theory. Perhaps some readers will have learned some Marx or mainstream economics in the course of their studies but, if not, everything they need to understand Marxian economics is presented in this book.

Here are some other issues I’d like readers to keep in mind as you work your way through this book.

As is often the case in theoretical debates, the same words often have different meanings. So, for example, the way Marx defines and uses such concepts as markets, value, labor, capital are quite different from what they mean in mainstream economics. To help you make sense of those differences, I have included a brief glossary of terms at the beginning of the book. You should feel free to turn back to it on a regular basis as you work your way through the remaining chapters. In Part 2 of the book (Chapters 4, 5, and 6), all concepts will be carefully defined, while using as little technical jargon as possible. I have also added a couple of technical appendices for readers who want to follow up on the discussion in the main text.

Since we’re dealing with economics, some technical language and illustrations are indispensable. I have kept them to a minimum but readers should be prepared for some statistical charts, a few equations, and a bit of algebra. I’ll pass on the best piece of advice I received as a student: when something doesn’t make sense immediately, be prepared to work it out with paper and pencil.

The context for Marx’s critique of political economy, written in the middle of the nineteenth century, is unfamiliar to many of us in the twenty-first century. How many of us today have read Hegel, after all? The necessary background will be covered later, in Chapters 2 and 3.

While Marx’s name has long been linked with socialism and communism, readers won’t find any kind of blueprint or detailed plan for either idea in Marx’s writings. Nor does any general—valid for all times and places—economic policy or political program follow from his work. That’s a topic we will return to in Chapter 9.

This book is prepared as a stand-alone introduction to Marxian economics. No other texts are necessary to understand the material in this book. However, I have added references (to specific works and chapters) in the event readers want to use this book as a companion text, as they read Capital and other writings by Marx.

Finally, while the book is aimed at students in economics (both undergraduate and post-graduate), it will also be relevant for and accessible to students in other disciplines—such as sociology, geography, history, and cultural studies. My fervent hope is it will also be useful to interested individuals who are not currently college and university students, because a clear and concise introduction to Marxian economics is relevant to their work and lives.