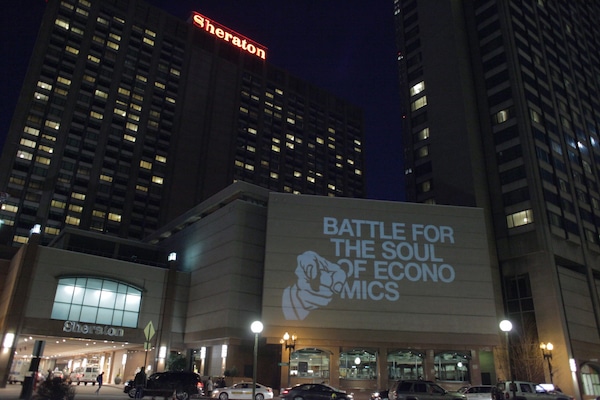 In this chapter, we focus on the first part of that critique, the critique of the ideas that are developed and utilized by mainstream economists.

Today, mainstream economics is the approach that is predominant within colleges and universities in the United States and around the world, as well as within many government agencies, private think tanks, and mainstream media (including newspapers, television broadcasts, and web sites). It is certainly not the only approach, and may perhaps not be even the numerically most prevalent. But, in terms of importance (for example, in terms of underlying the best-selling economics textbooks, government policies, and research funding), mainstream economics is dominant.

Before we move on to look at the key differences between Marxian economics and mainstream economics, it’s important to stop for a moment to clear up a common confusion: economic theories are not the same as economic systems.

There is no such thing as a Marxist economy—or, for that matter, a classical, neoclassical, or Keynesian economy. All of them are names for economic theories.

And those theories are different ways of understanding—analyzing, telling a story about, or representing—a capitalist economy.

Basically, each economic theory represents a different way of seeing capitalism. In fact, economists from these different schools of thought often use different names for capitalism: while Marxian economists insist on using capitalism to describe the predominant economic system in the world today, mainstream economists often use other terms, such as “market system” or “mixed economy” or even just “the economy.” They are all supposedly referring to the same thing out there in the real world but, of course, what they see and how they analyze it depends on the theory they’re using.